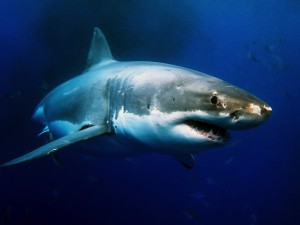 The other day I received a slightly disconcerting text message from my cousin regarding Shark Week. She has two young kids one age 6 and the other age 9. The conversation went a bit like this…

Cousin: “The kids want to know…what is your opinion on Megalodon? They get all their scientific knowledge from Discovery Channel! =) But they want a real scientist’s opinion.”

Despite my better judgment (and because there was nothing else on T.V.) I had watched the Megalodon atrocity that kicked off what is usually my most favorite broadcasting week of the year. Appalled that this is what Discovery had resorted to, I sadly turned the channel and had decided that was enough Shark Week for me.

Eventually we talked it out and set the record straight for the kids and went about our lives. However, I just couldn’t shake the conversation.

Discovery Channel had let them down. It had let us all down.

In the past couple of days, I find comfort that the scientific community has made apparent their disapproval of these Shark Week shenanigans. But what about my little cousins? What about the others like them who “get all their scientific knowledge from Discovery Channel?” What is their take on all of this?

I wanted to know. So I asked. We ended up talking for 45 minutes. And let me tell you, there is nothing more humerous, interesting, and ultimately telling than Shark Week from the perspectives of a 6 and 9 year old.

They didn’t know whether or not to believe that Megalodon was somewhere to be found off the waters of South Africa. Hence their earlier inquiry. They did call Discovery out on their shotty animations (to which I laughed), but they didn’t know that the scientists were actors (to which I didn’t). In fact, they were shocked when I told them. They believed in the evidence of a half bitten whale.

“They spread that information out there, and then people start thinking it’s real. Then they start getting afraid of sharks, and then they start killing them…and that’s a problem.” A direct quote….from a 9 year old.

When I asked them how they would know if a scientist was real or not? They said they didn’t know and that was a hard question. Honestly, would you know?

We went on to talk about their favorite shows, the ones that told them cool facts about sharks. They wanted to know more about ones that lived in the deep and didn’t want to see people getting eaten, but rather to see them actually interacting with sharks.

I asked if some of the shows made them scared to go in the water. “Kind of,” they replied. They didn’t want mom paddle boarding out there, because they had seen a paddle boarder with sharks all around them.

We discussed shark conservation. What they did know about shark finning they didn’t get from Discovery Channel, but they thought it was something people needed to know about.

Eventually, they turned the tables on me and started asking the questions. Why are some sharks aggressive? What is the average length of a shark? How fast do they have to go to jump out of the water? If it wasn’t for our limited time, I don’t think the questions would have stopped.

Throughout this entire conversation, sometimes they would cite word for word something they had watched on Shark Week. These kids are paying attention.

We ended our most enlightening conversation by discussing the role sharks play in the ecosystem. Not only did they understand, they were the ones who told me. Asking if they had heard that on Shark Week, they said no, but concluded with “Isn’t that the stuff people need to know though?”

I adore my little cousins and hope that they inspire you as much as they inspire me.  They love and respect the ocean. I have even kept this on the fridge for the past couple of years to remind myself that they look up to me and as such I must set the best example I possibly can. Thus, I resume watching Shark Week despite my disgust, so that I may continue this conversation with them. They deserve the truth and I don’t want to let them down.

4 Replies to “Why I Still Watch Shark Week”