This week, scientists from around the world are meeting in Stockholm to put the finishing touches on first section of the upcoming International Panel of Climate Change report which will be released tomorrow. A draft copy of the nearly finalized IPCC report was leaked beforehand, which of course got many people talking. And writing. One example is this article with a surprising (to me) title that popped up in my news feed. 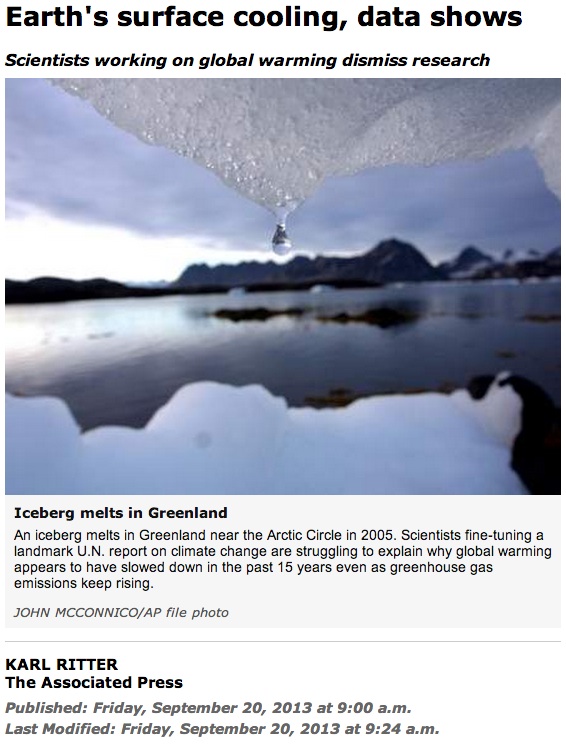 The headline of an article that appeared in GoUpstate.com

After I read this article, I felt like this:

Why hulk mad you might ask?  It’s the title, because it in no way describes the content of the article.The title implies that data shows global temperatures are decreasing. But when you read on, you find this completely contradictory statement [emphasis mine]:

In a leaked June draft of the report’s summary for policymakers, the IPCC said that while the rate of warming between 1998 and 2012 was about half the average rate since 1951, the globe is still heating up.

Wait what? It can’t be warming and cooling at the same time. So I did a little more digging. Here is the original article from the Associated Press: 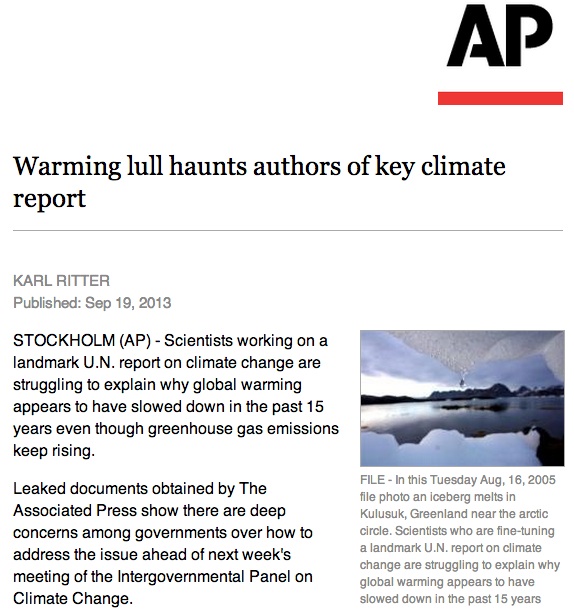 The original title is still a little ominous, but no mention of cooling. Apparently, someone at GoUpstate.com has warming and cooling confused. It would be more appropriate to change the secondary title from “Scientists working on global warming dismiss research” to “Editors reposting global warming stories lack reading comprehension.”

But where did the word “cooling” in the title come from? The “global cooling” meme is the newest weapon in climate change denial arsenal. Intended to confuse, what climate skeptics, or more appropriate climate change deniers, are actually describing is that global warming rates have slowed somewhat in the last decade. However, temperatures rising more slowly is NOT cooling. According to the leaked copy of the IPCC report, from 1951-1998 the global surface temperatures rose about 0.22F per decade. Then from 1998- 2012, temperatures only rose about 0.09 F per decade. That looks like temperatures are still rising to me!

It pains me when come across such a deliberately misleading soundbite. But seriously, it’s pretty sad if changing one word in a title can totally tip the storyline. And denialists glom onto these headlines as if they are actual fact, when they are not. I am sure that immediately after the IPCC report is published, many more false headlines and even misleading stories will come out. In response to these labeling travesties I put forth this advice: Never take a headline at face value. Always be critical and always read the fine print. While I am sure the sentiments have been said before, it never hurts to repeat it.

Finally, here are some other articles that I find give good round-ups of what we should expect to see in tomorrow’s final IPCC report.