So this past weekend, some of the other Deeplings and I left the DSN lair to party in the city where the heat is on. That’s right, on the beach till the break of dawn….Welcome to Miami….Buenvenidos a Miami….

*Turns down the music* 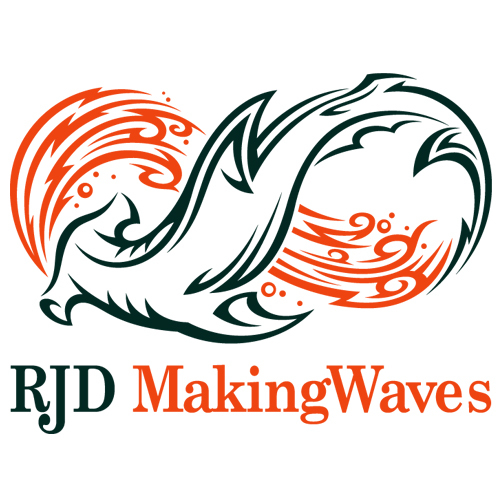 Sorry about that. Just get’s stuck in my head and then there is no stopping it. Anyways, yes, we converged on Miami for the first ever ScienceOnline Oceans conference. New friends! Old friends! Mini-DSN reunion! I do believe a great time was had by all!

The entire conference was off the hook and I send mad love to Karyn Traphagen and David Shiffman for being the masterminds behind the whole thing.

Perhaps the most epic part of this world wind weekend however involved something I have been wanting to do for quite some time now. Shark tagging with the crew from University of Miami’s RJ Dunlap Marine Conservation Program.

If you have ever been out on one of their tagging trips then you know what I am talking about. If not, then you need to go sign up for one right now: http://rjd.miami.edu/participate

As a fellow marine scientist this was cool, I can’t even imagine how amazing it is for the thousands of students and other groups they bring out every year. Some of whom have never even seen the ocean!! Essentially they took us through the whole process of what they do for their research and it was truly impressive. The morning began with a run down from the great @WhySharksMatter himself, David Shiffman, discussing the research that is currently being done in their lab and what feats they have been able to accomplish not just in Florida, but all over. All of this going on while the RJD interns, or their “undergrad army” as I like to call them, are prepping the boat for the sharkapolooza that is about to go down. It was like watching a well-oiled machine.

Once we had reached our destination, RJD PhD student Austin Gallagher used the #ShiffmanShark to explain the measurements we were going to take and why. With three measurements alone, we were collecting REAL, usable data for about 7 different projects!!!  AMAZING!!! Then with a kiss of the tuna the lines were in and we were fishing.

After pulling the first 10 lines, we had yet to catch any sharks. So what do you do when you aren’t catching sharks? A shark dance of course. And to show you the fine art of the shark dance, I give you some of my new and old SciO friends: Sarah, Violet, and Kathryn.

I think that deserves a round of internet applause.

Needless to say our shark dance worked for the group after us, but as David reassured us, even no data is good data.

For those interested in shark tagging with the UM’s RJ Dunlap Marine Conservation Program, I highly recommend it. They are doing some pretty amazing things over there and it is exciting to be apart of. Or if playing with a 6ft bull shark isn’t really your thing, consider virtually adopting one with RJD’s Adopt-A-Shark program. Then you can tell all your friends you have a pet shark and you will henceforth be the coolest person in school.

Special thanks to the cool kids at RJ Dunlap for hosting this most exciting adventure! Keep up the good work and best of luck with your ongoing research!

2 Replies to “Want to catch a shark. Got to do a shark dance.”