It’s Monday and you know what that means? No…not the day when you try longer than you should to magically make all the e-mails in your inbox disappear (Harry Potter style). Though if you figure that out let me know. My friends…Monday marks the one glorious day of the week where you can shamelessly rock all of your ocean themed swag in celebration of my self-proclaimed holiday. Marine Mondays. No I am not joking and yes I do this every Monday for all you out there who were wondering. What can I say? I like to keep it fresh. How better to spread the ocean love then putting it right out there on your sleeve?

In an effort to make this a thing, I have compiled 6 ways in which you too can rock Marine Mondays in style. And the best part, not only will you look fabulous…You will be supporting ocean research/conservation all over the world.

Sexy and smart? How can you go wrong?

1. “Threads for Oceans” by PangeaSeed
Our first swagalicious pick comes to us from the cool kids over at PangeaSeed. This is a no brainer for any enthusiast trying to build up their ocean-themed wardrobe. PangeaSeed’s ongoing mission is to raise public awareness and education surrounding the conservation and preservation of sharks and other marine species. They mainly do this by selling  artwork from brilliant artisans all over the world. Their newest clothing line, “Threads for the Oceans,” looks to provide sustainable apparel with a purpose and puts some of that amazing artwork in wearable form. To get some of these beauties for your own, check out the PangeaSeed Emporium or read more about them and their mission on the PangeaSeed Blog. Proceeds raised from purchases at the PangeaSeed Emporium go directly towards supporting PangeaSeed’s efforts to help save sharks and other marine species in peril. 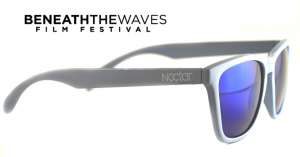 2. “The Abyss” by Nectar Sunglasses and Beneath the Waves Film Festival
Whether you be out on the boat doing some science or soaking up the sun on the beach. Stunna shades are a must. Always. Lucky for you, our friends from the Beneath the Waves Film Festival have got your back.  Beneath the Waves comprises a group of graduate students and marine scientists whose main mission is to raise public awareness with regards to ocean conservation and marine science through the use of visual and digital media such as videos. They also seek to promote science communication and scientific literacy by encouraging and inspiring scientists, ocean enthusiasts, and members of the general public to produce, promote and communicate research and conservation through open-access, engaging short films. Recently, they teamed up with Nectar Sunglasses to bring you some dang sexy eye wear. “The Abyss” sunnies are for all those who love the ocean and want to make a statement. What’s better than that? A portion of each pair sold goes to supporting the ongoing efforts of the film festival.

3. “USS Loggerhead” by Loggerhead Apparel
This. Because seriously, who doesn’t want to wear a t-shirt with a sea turtle built like a tank with a 14″ gun on it? Well, the U.S.S. Loggerhead was actually a navy WWII submarine (note: sea turtle holding torpedo), but that just makes it more badass. 10% of all proceeds stemming from Loggerhead Apparel  go directly to efforts supporting conservation and protection of Loggerhead Sea Turtles. You can check out these conservation organizations here.

4. “Shark Week” by TOMS
Coincidentally, I happen to be wearing these as I write this. Not only do these shoes represent the most comfortable foot wear in my closet, they are also hands down the most talked about (if you have been witness to my range of hot pink/sparkly/remarkably unwalkable heels you know there is something to be said for this). I think every time I wear them, without fail, people notice. And why shouldn’t they? They are indeed fabulous. It’s like a mini-Sharknado on my shoes. Not only that, but this purchase is a two-fer. In true TOMS fashion, for every pair of shoes sold, another person in need gets a pair. A.k.a. You are responsible for another person’s fabulousness. Which is awesome. Then for every pair sold, $5 will go towards the ocean conservation organization, Oceana.

5. “Sustainable Seafood” by United by Blue
What I freaking love about United by Blue (besides their sweet clothes and accessories) is that they don’t just donate the dollaz like others, they take action. They strive to make a tangible difference on the environment and ocean conservation efforts. Thus, for every item purchased from this company, they remove a pound of trash from the marine environment. So far, they have hosted 100 cleanups and removed over 170,000 pounds of trash from rivers, streams, creeks, and beaches across 21 US states. 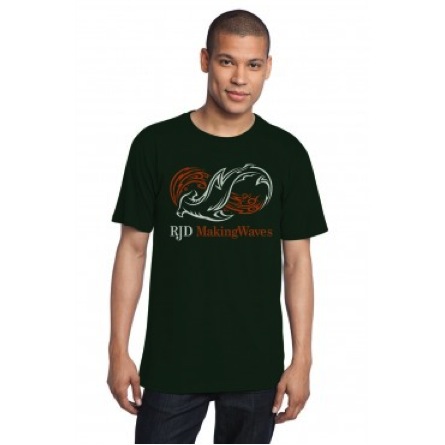 6. “Making Waves” by RJ Dunlap Marine Conservation Program
Recently, I wrote about my shark tagging adventure with the students of RJ Dunlap’s Marine Conservation Program. A most wonderful experience. There was tuna kissing (*cough* tuna face slapping *cough* David Shiffman *cough* revenge is coming *cough*) and shark dancing. Every year the RJD team takes hundreds (if not thousands) of students out with them on their research vessels, some of whom have never even seen the ocean. These students do real science and collect real data, all of which has gone on to help shark scientists in better understanding shark populations and behavior. You can help support this cutting edge fusion of science and outreach by checking out their Shop for Sharks website. Or you could support them by just adopting your own 9ft Bull Shark. You could also name him “Chops”….just think of the possibilities.

There you have it. 6 Ways to help the ocean and look great doing it. Now go forth and be fabulous.