Yesterday I made this above announcement on Facebook and Twitter. And so it happened and now this 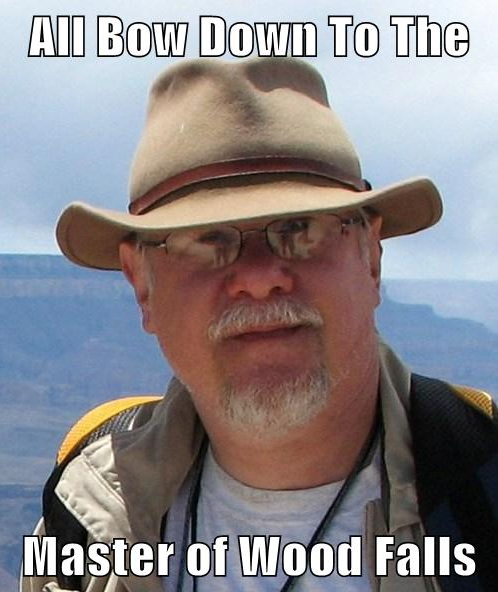 Roy Plotnick stepped up to the plate.  Roy is an invertebrate biologist at the University of Illinois Chicago and a long time friend.  His research is amazing and looks at the fossil record to determine shifts in behaviour and sensory organs through time.  Roy also discovered a new cave in Illinois that was a treasure trove of fossils.  But all that is moot since Roy is now THE MASTER OF WOOD FALLS.

You can help out just like Roy by visiting my page and donating.  Please also help me share the word on your social media streams.  Follow me on Twitter @DrCraigMc to find out about the next donation event you can get in on.