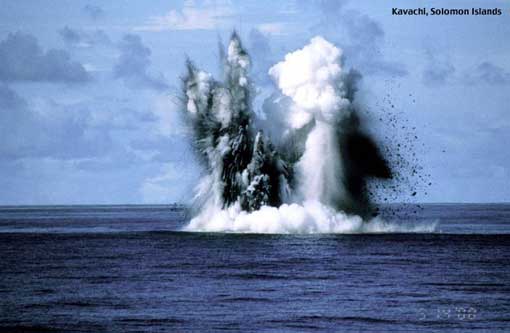 In the South Pacific world building occurs every day.  From beneath the ocean’s depths active submarine volcanoes eject molten lava and sulfuric gases well above sea level.  South of the Solomon Islands, the 8-kilometer diameter submarine volcano Kavachi ejected lava 70 meters (230 feet) into the air.  In 2003 the volcano, named after a sea god of the New Georgia Group islanders, formed an island 15 meters (50 feet) high.  Soon after the Kavachi Island disappeared.  However, tiny volcanic islands from Kavachi and countless other volcanoes still occur throughout the South Pacific.  These stone islands are small, mere inches and centimeters across, and not fixed to a certain location.  No, these miniature landmasses float and drift across the Pacific.

These small stone islands are built of pumice.  Pumice is a hardened lava foam.  Like foam, pumice contains a plethora of air pockets that can make up to 90% of its volume.  These form as lava comes in contact with cold air and/or seawater which causes the lava to harden immediately.  The gases inside the lava become trapped in this rock matrix.  And like foam, because the density is less than seawater, these pumice rocks float. 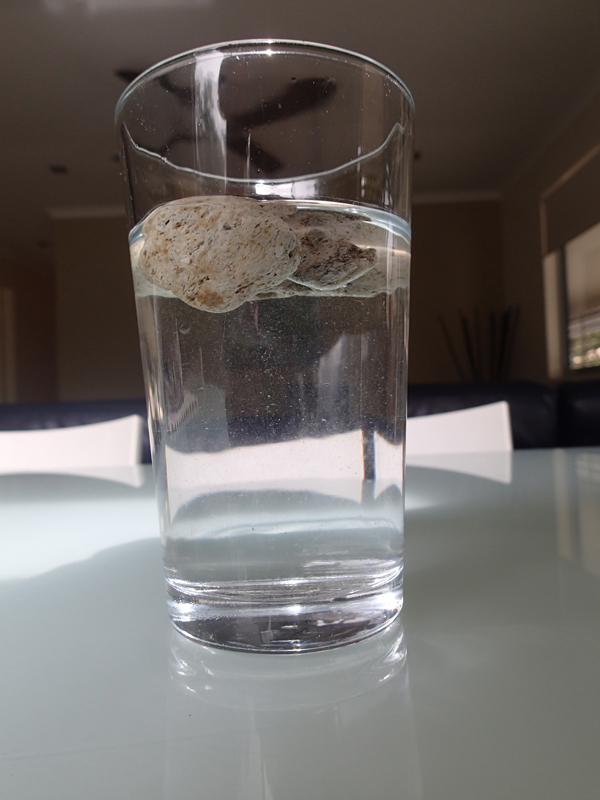 Floating pumice. Photo by Craig McClain and not reproducible without permission.

Despite the small size, these buoyant rocks contain tiny biological kingdoms of marine hitchhikers.  Goose barnacles, tube building worms, corals, mollsucs, and countless other visitors take up residence.  They are passengers across the ocean until the stone meets its eventual destination on another, albeit, much larger landmass. 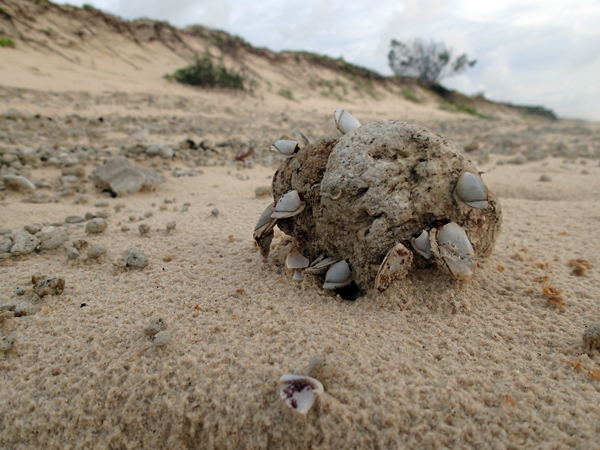 Goose barnacles hitch a ride. Photo by Craig McClain and not reproducible without permission.

Fifty-eight kilometers northwest of Brisbane, I am walking along the third largest sand island in the world, Moreton Island.  The beach is littered with millions of these pumice rafts. I have never witnessed anything like this. From end to end, a stretch of this nearly 40 kilometer long beach that is bare of pumice does not exist. The high and and low drift lines are covered in pumice stones ranging in size from pebbles to very small boulders. Many are covered in goose barnacles and white worm tubes.  In one case, I see the smallest bit of coral growing on a stone less than a few centimeters across. 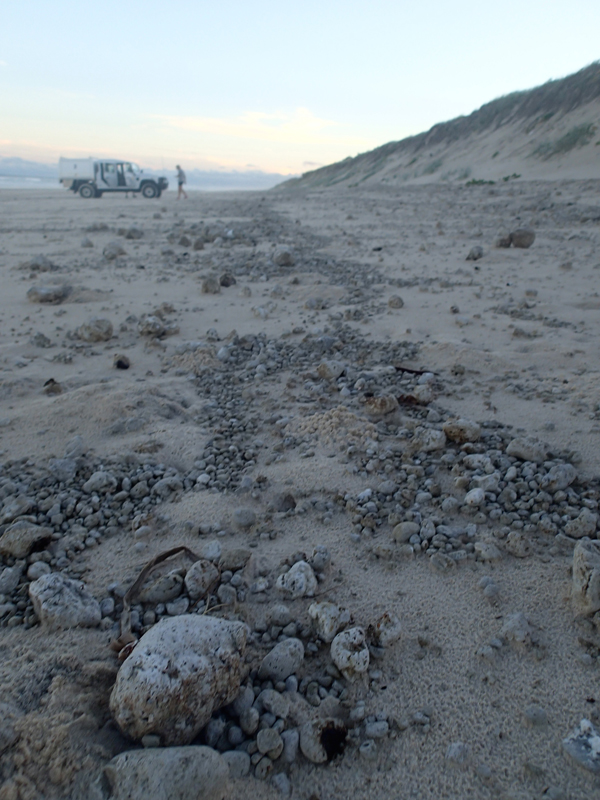 Beach at Moreton Island, Australia. Photo by Craig McClain and not reproducible without permission.

In 1990, Paul Jokiel found that as these pumice islands drifted they picked up more and more coral juveniles.  In some case, from aging the coral Jokiel found that some corals had inhabited the pumice for nearly a year. Given the abundance of the floating pumice and the percentage of corals on them, Jokiel also suggested that the Great Barrier Reef was receiving massive amounts of coral immigrants from other parts of the Pacific. 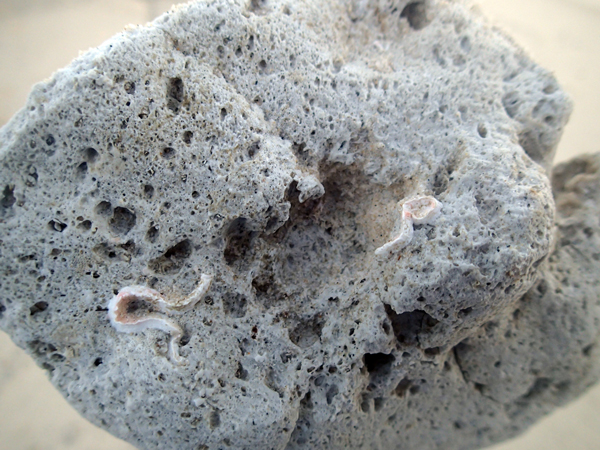 Tube building worms on drift pumice. Photo by Craig McClain and not reproducible without permission.

More importantly, the floating pumice may allow corals, and other settling creatures, to completely bypass the limitations of short-lived larvae.  Larvae are the great travelers of the seas, allowing immobile adults like corals and sponges, to colonize vast reaches of the oceans.  But larvae are vulnerable to predation and may only last days to weeks before they need to settle.  Settling on a moving island allows marine invertebrates with larval stages to start adulthood while still traveling. 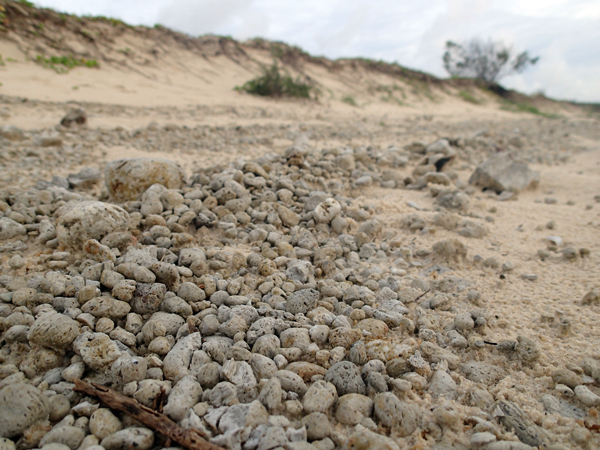 Moreton Island, Australia. Photo by Craig McClain and not reproducible without permission.

While lava is viewed as a source of destruction of worlds, at least in one case lava may build and connect them.

2 Replies to “The Floating Rocks of the South Pacific”