Buccaneers, Charlatans, Marauders, and Swashbucklers. Throughout the centuries, our booty-hoarding friends have been branded by many rather dubious labels. Yet seldom does the average gangplank groupie stop to appreciate the secret identities of some of history’s most illustrious “privateers.”

Maintaining a blatant disregard for authority and indifference in adhering to traditional country borders, pirates were free to sail wherever and do whatever they darn well pleased. With the freedom to go where others could not, these men and women explored the world over, many of them documenting all they encountered. Some pirate accounts described maritime navigational patterns incorporating current, wind, and reef patch information so precisely that Royal Navy’s regarded them as convention for over a century. Others documented organisms that had never been seen before with detailed records on size, coloration, behavioral patterns, and most importantly, edibility.

Revered by scientists and seamen alike, pirates were essentially the original gangsters of natural history. 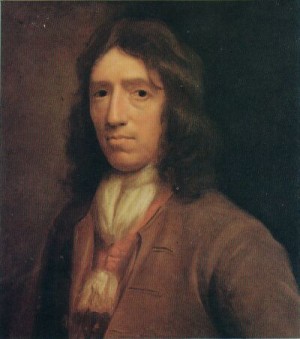 Perhaps the most notorious of these “citizen scientists” was a pirate by the name of William Dampier. Though, in good form and to avoid precarious situations with the authorities, he never formally referred to himself as a pirate, but rather a privateer and hydrographer of sorts. Regarding his many accomplishments, Dampier was the first to circumnavigate the globe three times, becoming one of the founders of the Australian continent in his explorations.  His journals explicitly described the flora and fauna spanning the Galapagos to India and all that laid between. These journals were later compiled in “A New Voyage Round the World” where one could follow Dampier’s adventures. The following excerpt recalls Dampier’s first interaction with a manatee, an educational and somewhat delicious experience.

“This creature is about the bigness of a horse, and 10 or 12 foot long. The mouth of it is much like the mouth of a cow, having great thick lips. The eyes are no bigger than a small pea; the ears are only two small holes on each side of the head. The neck is short and thick, bigger than the head. The biggest part of this creature is at the shoulders where it has two large fins, one on each side of its belly. Under each of these fins the female has a small dug to suckle her young. From the shoulders towards the tail it retains its bigness for about a foot, then grows smaller and smaller to the very tail, which is flat, and about 14 inches broad and 20 inches long, and in the middle 4 or 5 inches thick, but about the edges of it not above 2 inches thick. From the head to the tail it is round and smooth without any fin but those two before mentioned. I have heard that some have weighed above 1200 pounds, but I never saw any so large. The manatee delights to live in brackish water; and they are commonly in creeks and rivers near the sea. It is for this reason possibly they are not seen in the South Seas (that ever I could observe) where the coast is generally a bold shore, that is, high land and deep water close home by it, with a high sea or great surges, except in the Bay of Panama; yet even there is no manatee. Whereas the West Indies, being as it were one great bay composed of many smaller, are mostly low land and shoal water, and afford proper pasture (as I may say) for the manatee. Sometimes we find them in salt water, sometimes in fresh; but never far at sea. And those that live in the sea at such places where there is no river nor creek fit for them to enter yet do commonly come once or twice in 24 hours to the mouth of any fresh-water river that is near their place of abode. They live on grass 7 or 8 inches long, and of a narrow blade, which grows in the sea in many places, especially among islands near the Main. This grass grows likewise in creeks, or in great rivers near the sides of them, in such places where there is but little tide or current. They never come ashore, nor into shallower water than where they can swim. Their flesh is white, both the fat and the lean, and extraordinary sweet, wholesome meat. The tail of a young cow is most esteemed; but if old both head and tail are very tough. A calf that sucks is the most delicate meat; privateers commonly roast them; as they do also great pieces cut out of the bellies of the old ones. (Chapter 3, A Voyage Round the World)”

All in all, Dampier’s accounts were so precise that Charles Darwin himself used them as reference in his studies of the Galapagos, praising Dampier in his writings as a mind of information. Likewise, the members of the Royal Society looked to Dampier and others like him to expand their empire of learning and his journals were key in doing so.

Both merchant and mariner alike were indebted to William Dampier. Among other things he was the first to coin the terms Sea Lion, sub-species, and avocado and his is the first documentation of the effects of marijuana. His nautical descriptions later played a major role in influencing Benjamin Franklin’s discovery of the Gulf Stream. Dampier was also the first Englishman to write extensively about East Asia, becoming often the first and only authority on the region well after his time.

Throughout his travels, Dampier compiled the first affordable map of the world for public use. Unlike maps before his however, he explicitly instructed the mapmaker to only draw the areas in which accurate knowledge of the coastlines had been obtained. Like any objective scientist, no filling in the blanks with out proper data.

Popular writers such as Daniel Dufoe and Johnathan Swift found literary inspiration in Dampier’s maps.  Dufoe penning a tale where his character’s adventures revolved around the map lines in Robinson Crusoe, Swift’s a character focused on exploring in the more imaginary map spaces with Gulliver’s Travels.

Dampier was the embodiment of citizen science and contributed much to the realm of natural history and maritime navigation. His journals accounted for approximately 20% swashbuckling and 80% flora and fauna. Most other so-called “pirates” followed this example.

So where does the Jack Sparrow pirate ideology that we cling to today come from? How did these original naturalists come to be so misunderstood?

Piracy was a bit of a complex career choice. The goods that one “acquired” were really only worth what someone would pay for them. Thus, someone on land had to be willing to pay for stolen goods. Oddly, this system worked for a good majority of the 10-year span known as the “Age of Piracy.” However, when the system started to fail due to various factors of unsustainability that’s when the more radical individuals started to emerge. This history, coupled with Robert Newton’s complete revamp on what a pirate should look and sound like in the 1950’s film Treasure Island has lead to our altered ideology of historical piracy.

Despite our pirate-y misconceptions, it is important to recall their less acclaimed secret lives. Though they may have had swashbuckling tendencies (don’t we all), many pirates were key explorers, historians, and dare I say, scientists. Perhaps this explains why we relate to them so well.

“A New Voyage Round the World” By: William Dampier