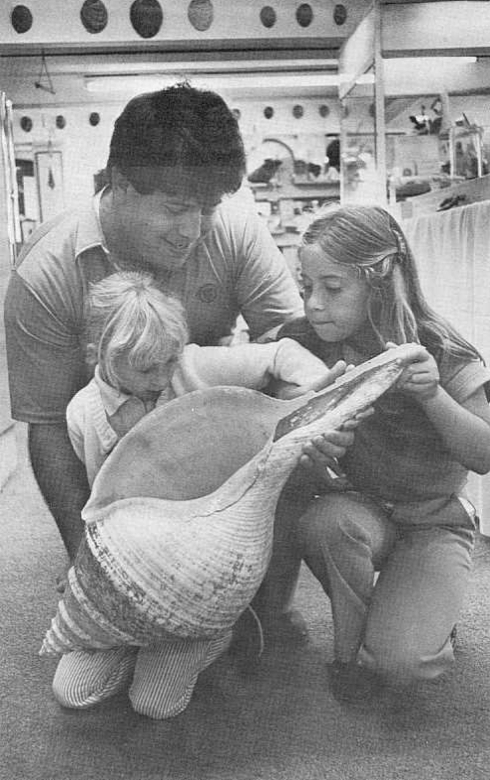 Reason #381 that I love my job
I spent this morning doing this:

In the last few days I have been tracking down the world’s largest snail. It is my own contribution to the Sizing Ocean Giants project. The Australian Trumpet shell, Syrinx araunus, is generally agreed to be the largest living snail. Shell lengths at the high end usually range around 2.5 feet (~0.75 meters). My goal has been to track down the largest known individual of the species. My first place to look was the Registry of World Record Size Shells that as origins back to 1964 and is the sort of Guinness Records of shell sizes. Noting a recent 2014 update, I ordered it and await patiently.

The longest recorded specimen, unless updated in the most recent registry, is the one in the top photo at 36 inches or 0.9144 meters. Surprisingly, at near a meter long this is not largest snail to ever live. Campanile giganteum (photo just above) from the Eocene is the largest fossil gastropod and considered to be the largest gastropod species ever. However, the maximum reported length is just 90 centimeters suggesting that Syrinx araunus could be larger. Given that the C. giganteum has longer slender shell than S. araunus, in terms of biovolume S. aruanus may undoubtedly be larger even given approximately similar shell lengths.