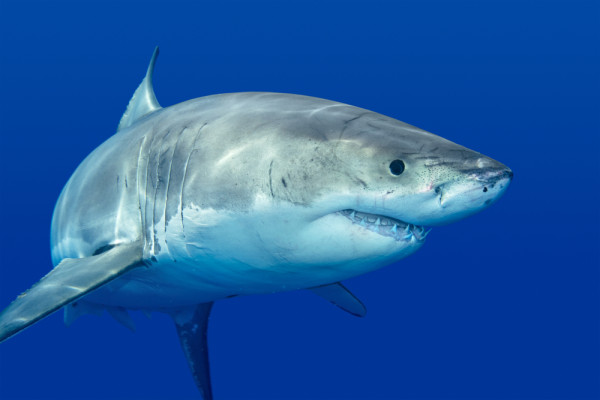 Recently a 2003 video went viral on the internet.  The video is a story of a 3 meter Great White Shark that was tagged.  That electronic tag eventually washed up on a beach.  The data from the tag seem to suggest, at least to the narrator and some others on the internet, that a massive ocean monster ate the shark.  The main line of evidence for this is that the tag recorded a temperature of 78˚F.

The narrator of the video, the “researcher” in the video, and others on the internet suggest these facts are consistent with Shark Alpha being eaten by a much larger mysterious predator.

Australian researchers are hunting for what they call a “mystery sea monster” that devoured a 9-foot-long great white shark.-CNN

Multiple news agencies are thankfully pointing out that there really is no mystery here.  Well of course there is the mystery of why Scienotainment TV Channels keep spreading the story of a magical ocean full of mermaids, sea monsters, and the long extinct megalodon, but I digress.

As reported at NBC

“I don’t know this story,” R. Dean Grubbs, a shark researcher at the Florida State University Coastal and Marine Laboratory, told NBC News in an email, “but it doesn’t take some mysterious giant shark to eat a 9-foot white shark.” Grubbs said he’s had more than one 10- to 12-foot-long tagged shark eaten by other sharks. “Two 10- to 12-foot sixgill sharks were eaten by what we believe, based on the vertical tracks, were larger tiger sharks,” he wrote. “And one 10-foot tiger shark was eaten by what we are pretty certain was a larger sixgill shark. I have also caught multiple sharks that would have been over 10 feet, but only the head remained.”

One possibility raised is a cannibalistic and larger Great White ate Shark Alpha.  Well that is certainly reasonable although not nearly as entertaining.  Work by my student Lindsay Gaskins as part of her work for Sizing Ocean Giants is presented below.  In terms of all Great Whites ever measured, and where we could access the size measurements, Shark Alpha is not very big. Indeed, 75% of the approximately 800 Great White Sharks we have measurements for are larger than 3 meters. 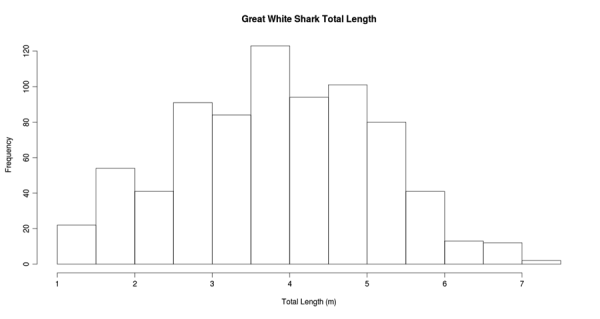 When I was undergraduate I learned a great principle that I continuously apply in my career as a scientist.  KISS. Keep It Simple Stupid.  In other words, the simplest explanation is likely the correct one.  No need to make up a super predator when 75% of measured Great Whites are larger than the focal shark.

But of course I suppose that doesn’t make for good ratings.  So in an attempt to get massive hittage on DSN, I propose a wereshark ate Shark Alpha. 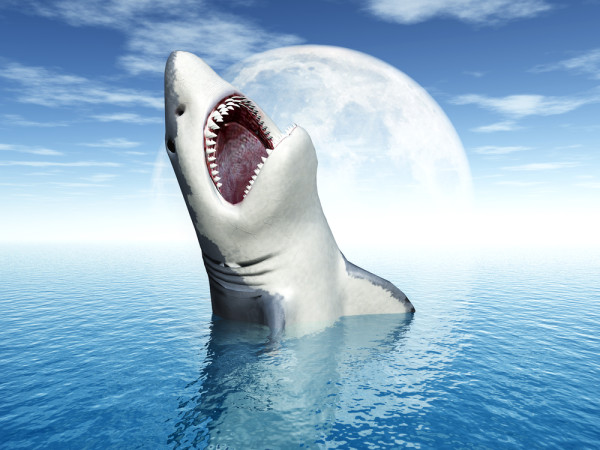 16 Replies to “What ate a 3 meter long Great White? Probably a Wereshark”