The advantage of being a marine biologist is that EPIC things pass by my desk quite often.  Sure my salary is low and the hours long but this week somebody emailed me a picture of new species of starfish.  EPIC.  Even more EPIC when I tell you later in the year why I’m so excited about this specific species.  This week across in my inbox came the video of the siphonophore that Rebecca wrote about.  I drank my morning coffee and watched video of one most beautiful animals that graces the oceans.  I know EPIC because I see it every day.

So @WallyGPX, an artist who uses GPS and and a mountain bike as his brushes and a city as his canvas, tweeted this

my interest was very peaked.  And justly so.  WallyGPX on his mountain bike rode across a series of roads and trailsin Baltimore to create this

Totally EPIC. Now I just wish they made this in adult sizes. 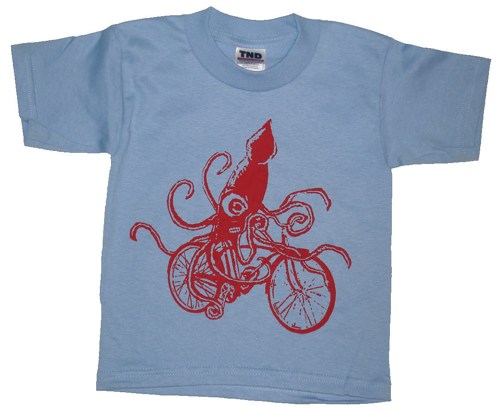 One Reply to “Giant Squid Spotted on the Streets of Baltimore”