What better way to bring awareness to the threats facing our oceans than to plaster them on the sides of buildings. Bold, beautiful, and too big to be ignored.

This is exactly what Tre Packard and the rest of the brilliant company of street artists at PangeaSeed are doing with their Sea Walls project.

Harnessing the power of their craft, the PangeaSeed artisans are fulfilling their ongoing mission to use art as a medium to bring public awareness and education surrounding the conservation and preservation of sharks and other marine species in peril.

Since 2009, PangeaSeed has shed light on numerous ocean issues through their artivism  campaigns. Most recently, their Sea Walls campaign has brought them all over the world as they draw epic murals depicting everything from invasive species to overfishing.

This next week, PangeaSeed will be assembling street artists from around the globe as they descend on the small Mexican island of Isla Mujeres. Inspired by the massive homage of whale sharks and manta rays that annually come to the island to feed, artists will cover the island in Sea Walls with the hopes that they can shed light on the issues and help change the tide for these majestic creatures.

Check out more of the amazing artwork that has stemmed from this project: 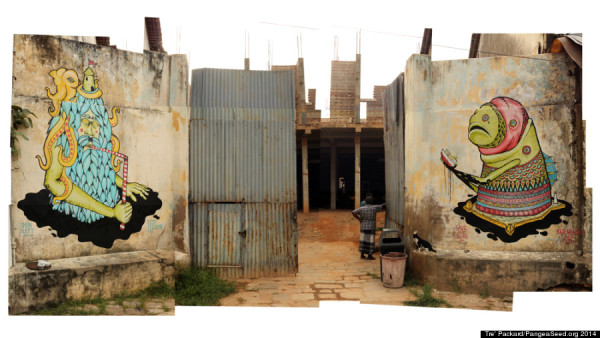 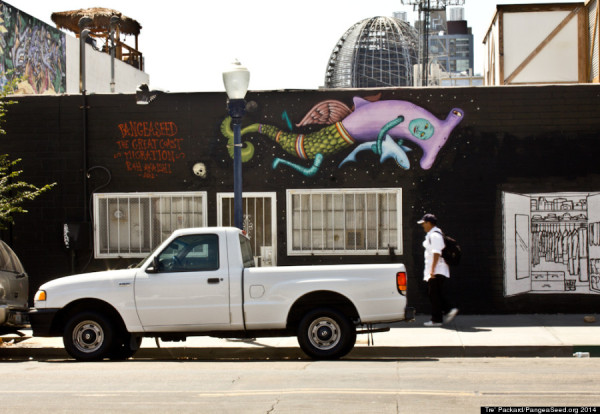 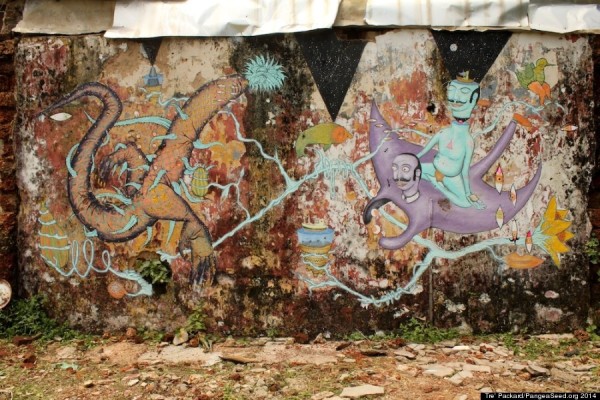 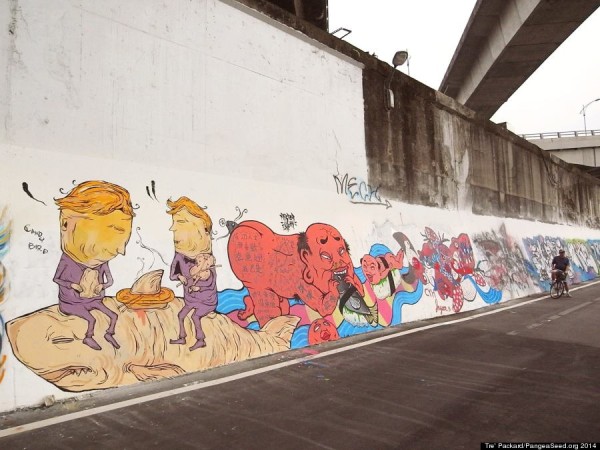 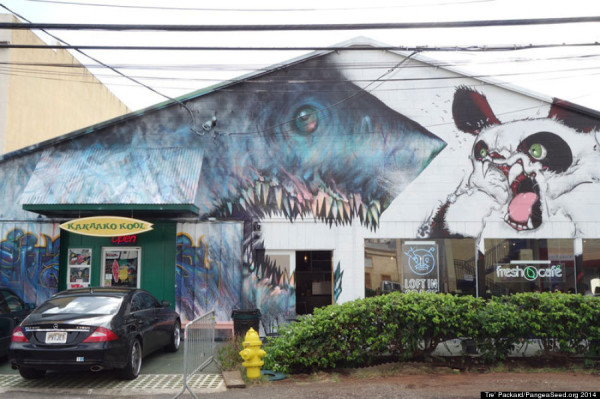 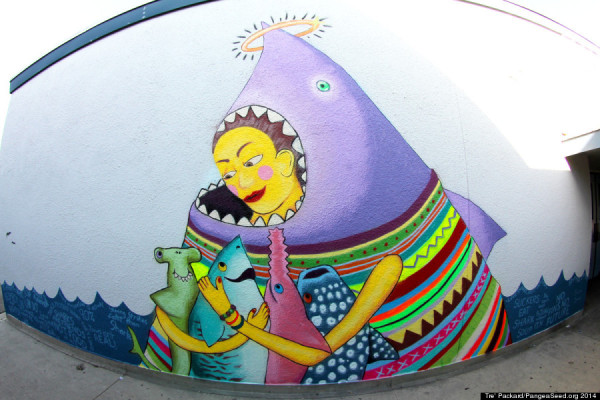 For more about PangeaSeed and their Sea Walls project, please visit them at: www.pangeaseed.org 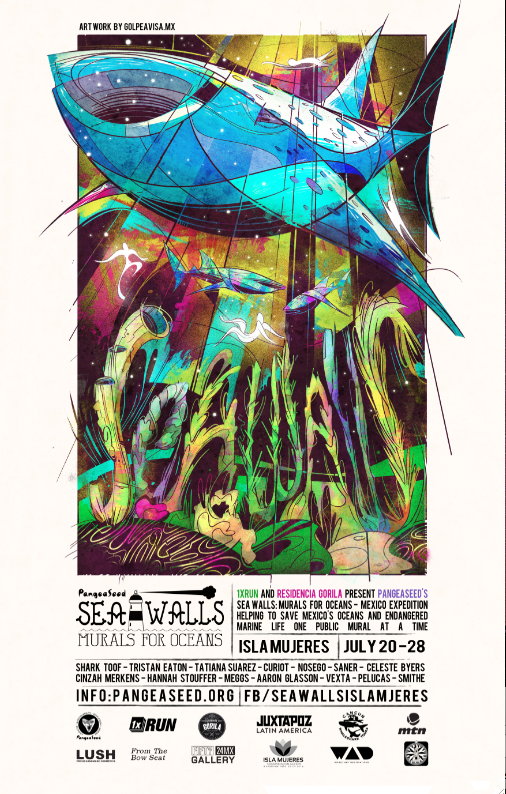 One Reply to “Sea Walls: Lessons from a Paint Can”