EDITOR’S UPDATE 7/24/14: The Atlantic Sun weighed anchor and left the Biosphere Reserve under its own power on 7/23/14  Thank you to all our readers who helped us spread the word and contact CONANP.

I’ve got something important I want to share with you that is not getting the attention it should from press or the authorities.  As regular #DeepSN readers will know, I work a lot with whale sharks in Yucatan Mexico as part of the research program at Georgia Aquarium and through association with the Mexican government and Mexican Conservation NGOs like Blue Realm/Ch’ooj Ajauil AC and Amigos de Isla Contoy.  Over the last few years many folks associated with these efforts have worked extensively to understand the largest aggregation of whale sharks in the world,  and we have begun to move towards conserving the extraordinary biodiversity of the marine realm of northern Quintana Roo, from Cancun to Cabo Catoche.  But, there is now a clear and present threat to marine life in this area. 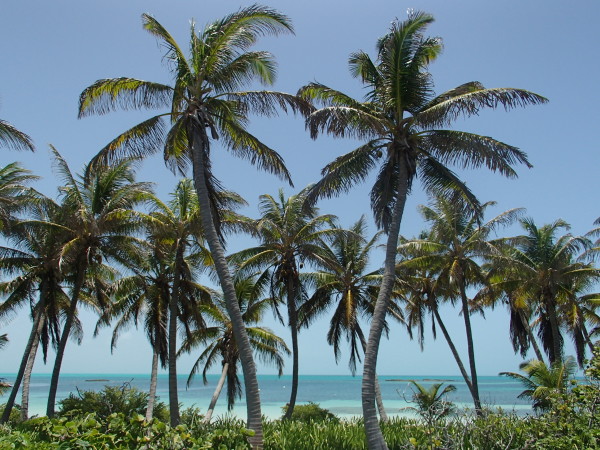 Isla Contoy NP is like something out of a postcard

The whale shark biosphere reserve. You can see Contoy NP just above the legend box on the right.

Last year in cooperation with the Mexican national parks agency CONANP and Amigos de Isla Contoy, we (including DSN’s Dr. M!) installed an AIS receiver on the observation tower at Isla Contoy National Park, an incredibly picturesque island north east of Cancun.  This device relays signals from transmitters that are compulsory on all ships over 300 tonnes; signals that indicate ship ID, location, heading, destination and so on.  Our goal was to monitor commercial ship traffic in waters to the east of the island, where the majority of whale sharks gather these days, which is close to a big shipping lane at the western entrance to the Gulf of Mexico.  On July 6, however, we noticed in the data stream a ship doing some weird maneuvers, a ship which eventually came to a stop in the area immediately north of Isla Contoy.  The AIS data showed the ship to be a 300ft long bulk chemical tanker called Atlantic Sun and that she was anchored in less than 10m of water inside the bounds of the Whale Shark Biosphere Reserve, a marine protected area established in 2009 to conserve whale shark habitat.  The area is fedeally protected and anchoring is not allowed without special permitting.  It is certainly NOT appropriate anchorage for a 300ft chemical tanker. 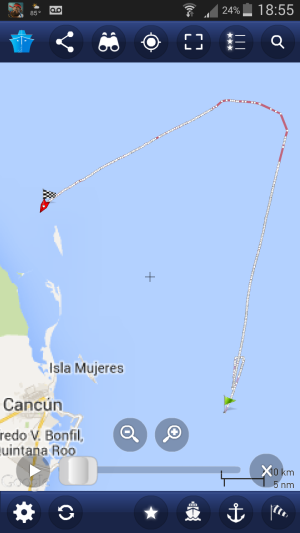 AIS track of the chemical tanker Atlantic Sun, ending at the northern tip of Isla Contoy 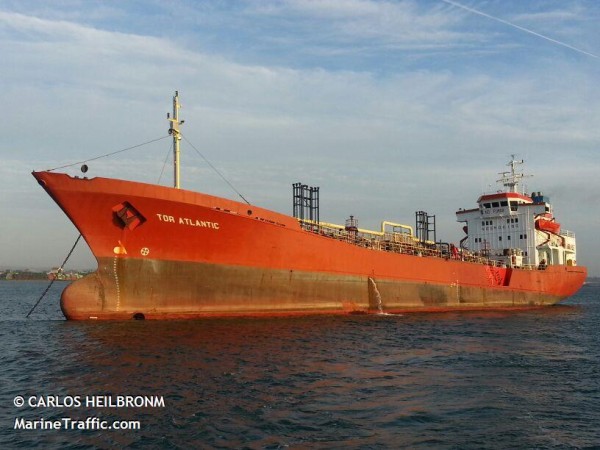 Working with colleagues in Mexico we sent an aerial survey to confirm the presence and disposition of the ship and showed that yes, it was anchored in the protected area.  I contacted CONANP by email to urge an investigation, but to the best of my knowledge the ship remains today anchored in the MPA, some 2 weeks later.  Reports from contacts in Mexico suggest that the ship is either mechanically disabled or out of fuel, or both, and that the company that operates the ship may be in financial difficulties, which may be why they have not summoned a tug to move the ship to a more appropriate anchorage to await repairs or refueling.  There are reportedly six people on board – 5 men and 1 woman – and they are running low on supplies.  We are told that the cargo tanks are empty, which is good, but the ship itself represents a significant risk to healthy reef patches and adjacent bottom habitats, especially if it is disabled.  The potential anchor damage alone is significant.  Oil/diesel leakage and the risk of fuel spill from at-sea refueling should also be considered.  The best course of action is an immediate tow to the nearest safe harbour.

The maddening thing about this is that we warned about the risks of this some time ago.  Oh, and think about what could happen to a crippled tanker in shallow water if THIS continues on its current trajectory… 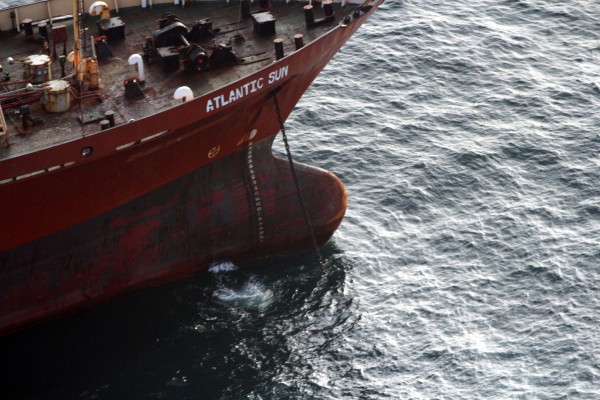 If you share our concern for the health of the Isla Contoy National Park, and for the whale sharks, manta rays, coral reefs, turtle mating/nesting areas, flamingos, manatees, dolphins, sailfish and frigate birds of northern Quintana Roo, please spread the word to your friends and colleagues in Yucatan Mexico, because so far there has been no press coverage in Cancun (or anywhere else) of this potential environmental disaster and little action from the regulatory authorities.  Marine protected areas and National Parks exist specifically to conserve extraordinary natural assets, but what good are they if we don’t use the provisions that they afford to effectively protect such critical habitats when they need it most?

You can email CONANP at  [email protected]

4 Replies to “The Atlantic Sun is a potential environmental disaster”