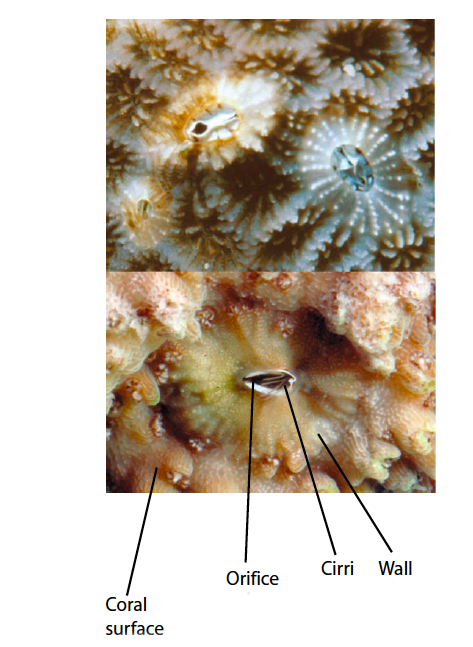 Not everything on a coral is actually a coral.  Embedded into the hard coral’s surfaces are nearly 100 species of specialized barnacles—the Pyrgomatidae. New work by Machel Malay and François Michonneau indicate that our understanding of how different Pyrgomatids are related is…well horribly wrong. The team sequenced five different genes for over 350 specimens.  Using some very fancy mathematically methods, including one of my favorites MAFFT, the group produced a new evolutionary tree of genetic relatedness for the coral-dwelling barnacles.  And then the true fun began. 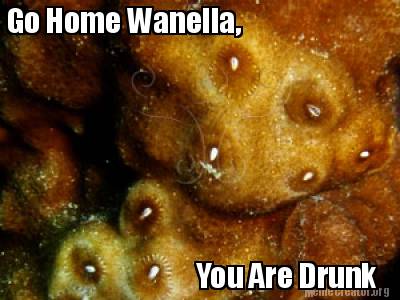 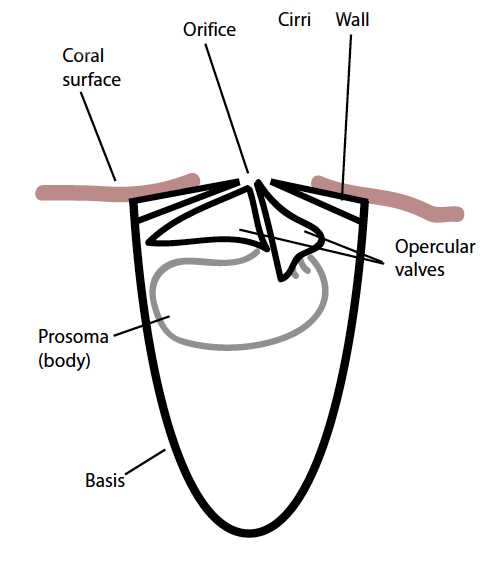 Pyrgomatidae are unique among barnacles.  Instead of having a flat base like other barnacles the base is rounded off and cup shaped.  The many plates that make up typical barnacle sides are often fused together.  Those characteristic barnacle trap doors are much smaller or sometimes even absent in Pyrgomatidae.  Even within the group, calcification can be greatly reduced, i.e. these barnacles can be a little soft.  The evolutionary patterns of these specific features are complicated within Pyrgomatidae.  The fusion of the plates, fusion of the trap doors, and reduced calcification all evolved multiple times.  And sometimes evolved back.  This is of course problematic because the prior classification scheme for the group was based on these traits. 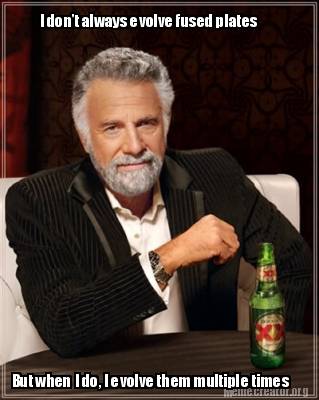 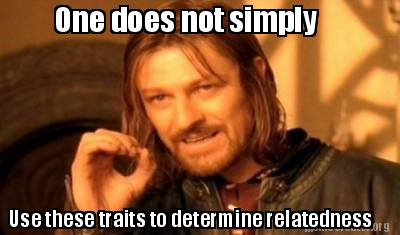 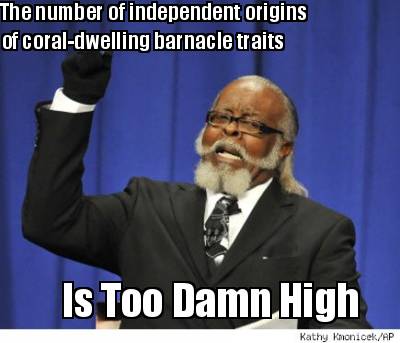 One trait did appear to be conserved within just two related groups.  Larvae settle on the surface of the host coral and once this occurs growth is rapid.  The adult barnacle has to continue to grow vertically or else the coral will overgrow it.  Coral growth around the barnacle may also be limited by the release of chemical agent.  Coral entombment is also prevented by barnacle “teeth” scraping away at the edges of the coral that threaten overgrow the crustacean. This “teeth” appear to have evolved just once among Pyrgomatidae. 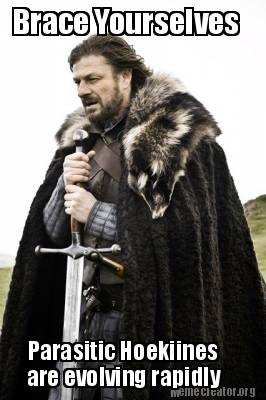 The strangest among barnacles are the Hoekiines that evolved into coral parasites.  Others members of Pyrgomatidae are filter feeders using cirri (hairlike filaments).  Hoekiines have greatly reduced cirri that are completely non-functional.  What Hoekiines possess instead are very enlarge biting mouthparts that allow them to feed on coral flesh.  One would think that, because of these bizarre and unique features, Hoekiines would have evolutionarily branched out very early on.  Yet, quite the opposite has happened.  Hoekiines evolved very rapidly possible to quickly exploit the parasitic lifestyle. 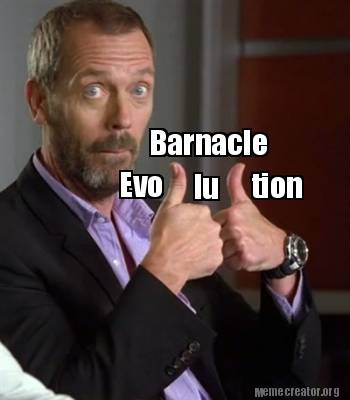