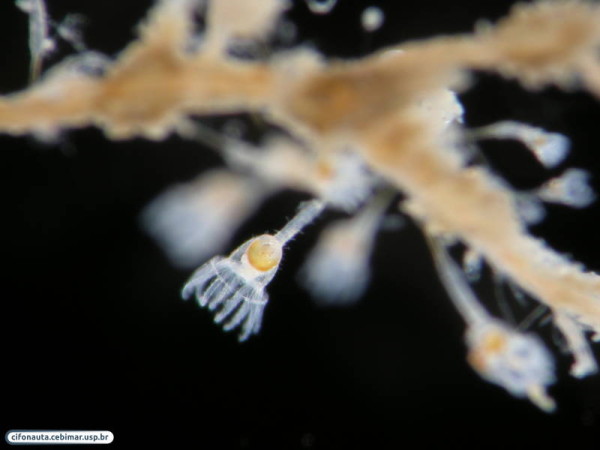 One of the most obscure invertebrates of all of the ocean is the Entoprocta. It doesn’t take a student of Latin to understand that it’s name means “anus inside”.  Sure, it’s unfortunate, and all the well-to-do invertebrate biologist prefer the name Kamptozoa, meaning “curved animals”, but I prefer Entoprocta for the same reason I prefer American muscle cars over European sports cars, pork BBQ to filet mignon, and Stove Top Stuffing to dried cranberry whole bread stuffing.  It’s the same reason you prefer to get your marine science news from DSN instead of, well, just about anywhere else.  Sometimes less refined is just easier to relate to.

Anyway, Entoprocts don’t get a lot of attention, which is strange because if you had anus in your name I’m pretty sure people would stop and take notice. These little goblet shaped animals typically occur along a colonial network of stolons where, if they have any sense of humor at all (and I like to think they do), they spend their time giggling about their name.  At the top of the goblet is a crown of tentacles with cilia that draw particles into their patiently waiting mouths.  However, both the mouth and the anus lie inside this crown, hence the crass name.

Of the 140 species of Entoprocts  the largest zooid is less than ¼ inch tall  (7 mm) and 3 of the largest zooids would still fit on a U.S. penny. Most of these species are also commensal on worms, sponges, and other invertebrates.  It’s unclear whether their buddies also giggle about their unfortunate name.  With few exceptions, most species are found in less than 50 meters of water.  Only one species occurs deeper than 700 m.  This colonial Ectoproct was found at 4130 meters. 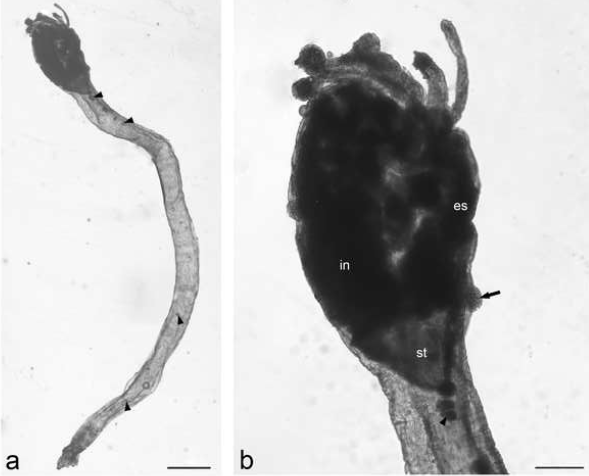 2 Replies to “A New Inside Anus Found Very Deep”