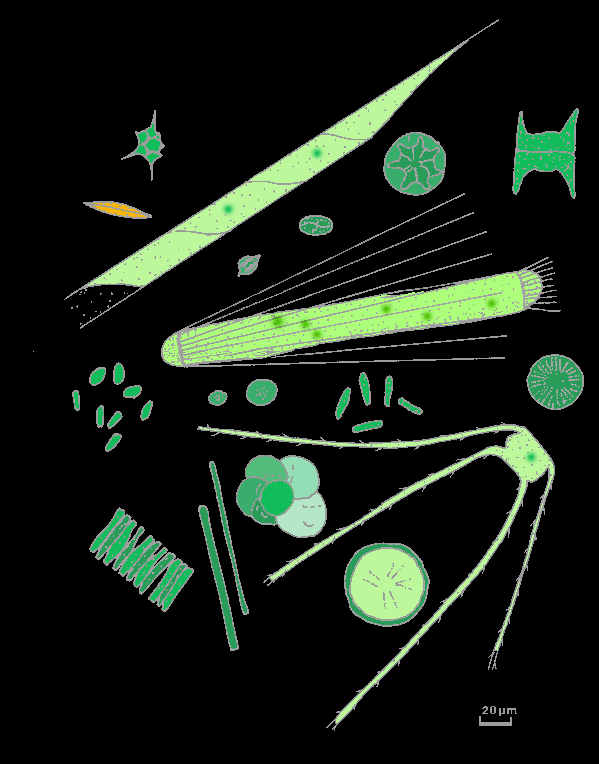 Not an actual photo of plankton on the ISS.  However, just like other “media” outlets we too wanted to put a picture of plankton in the post so you thought it was from ISS.  Don’t worry we will write a very long caption so that you won’t make it to the end to realize that we actually dug this up off Wikimedia commons and this is picture from the Southern Oceans.

According to several “news” agencies ocean plankton have supposedly been found on the outside of the International Space Station.  From the ITAR-TASS News Agency that broke the story,

An experiment of taking samples from illuminators and the ISS surface has brought unique results, as scientists had found traces of sea plankton there, the chief of an orbital mission on Russia’s ISS segment told reporters…Microorganisms could be found on the ISS surface thanks to high-precision equipment. “Results of the experiment are absolutely unique. We have found traces of sea plankton and microscopic particles on the illuminator surface. This should be studied further,” chief of the Russian ISS orbital mission Vladimir Solovyev said.

But something smells fish and its not ocean residue on the ISS. From Space.com,

However, NASA has not confirmed the reports. “As far as we’re concerned, we haven’t heard any official reports from our Roscosmos colleagues that they’ve found sea plankton,” NASA spokesman Dan Huot said. Roscosmos is Russia’s Federal Space Agency. “I’m not sure where all the sea-plankton talk is coming from,” Huot told Space.com. “The Russians did take samples from one of the windows on the Russian segment, and what they’re actually looking for is residues that can build up on the visually sensitive elements, like windows, as well as just the hull of the ship itself that will build up whenever they do thruster firings for things like re-boosts. That’s what they were taking samples for. I don’t know where all the sea plankton talk is coming from.” It’s possible that the plankton, if confirmed, could be a contaminant launched into space with the space station module, said NASA scientist Lynn Rothschild.

So no one from the outside has confirmed this nor have the results been published.  So until I see AN ACTUAL PHOTOGRAPH of the plankton they found on the ISS I’m call BS on this.  But my favorite part is this

Mr Solovyev is not absolutely sure ‘how these microscopic particles could have appeared on the surface of the space station,’ according to Russian news agency Itar-Tass. But he thinks they they may have been ‘uplifted’ to the station at an altitude of 260 miles (420km).

So basically space winds or some sort of planktonado? This just in pigs have also been found in space.