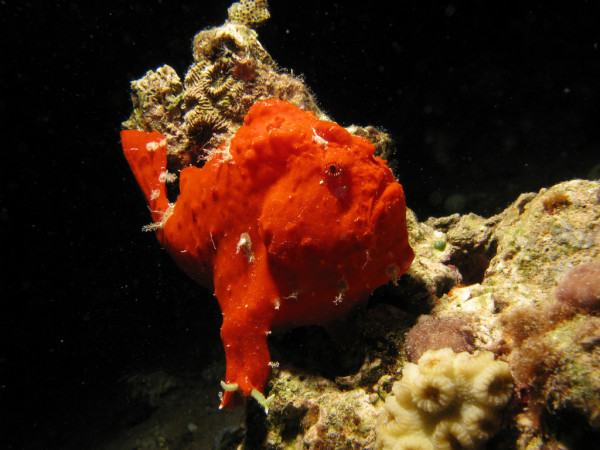 Leaving alone on the seafloor is the lonely painted frogfish, Antennarius pictus. Males and females only come together for the dirty deed but quickly become intolerant of each other.  If the female stays too close, the male will eat the female…which in the whole evolutionary passing the genes to the next generation scenario seems like an idiotic move.  Besides this minimal contact, that could end in eating mate, the painted frogfish prefers the lonely life. 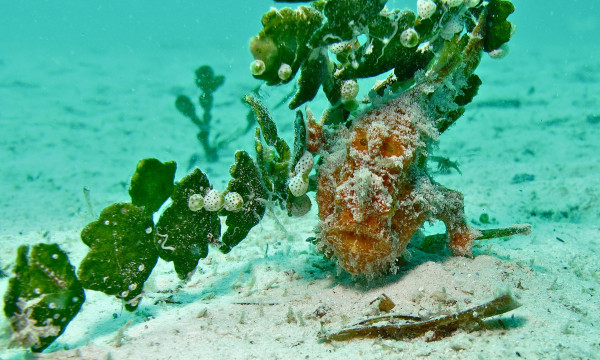 The painted frogfish goest through ridiculous lengths to be avoided by other.  Individuals can extent extend and retract individual parts of their globular body.  The skin itself is covered with warty protuberances and lots of little eye spots that look like the holes, ostia, in sponges.  Over weeks, a frogfish can also change the color and pattern of it skin.  A part of its camouflage regiment the fish will also allow algae to grow on it.  All this to look like a lump of sponge on the seafloor. 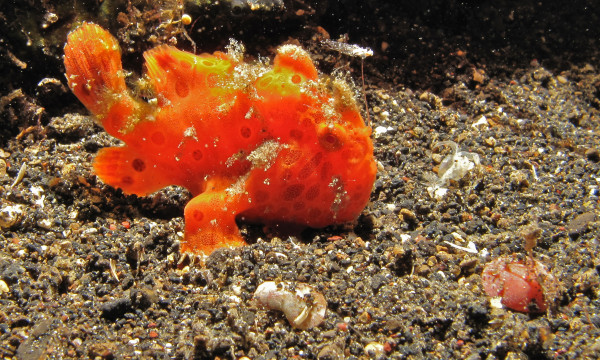 If you look closely you actually see the lure. Photo by Bernard DUPONT. Available through CC through Flickr. 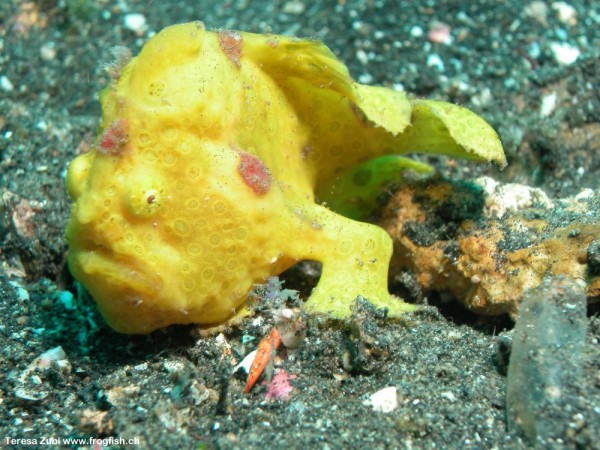 Photo by Teresa Zubi. Available through CC through Flickr

Despite this derpy-sponge like appearance, the frogfish is actually a master predator.  When an unsuspecting prey swims close, because who in the hell can see the painted frogfish, the frogfish will flick a lure.  The lure, which occurs at the end of the elongated first dorsal spine, is even modified to look like a tiny fish. 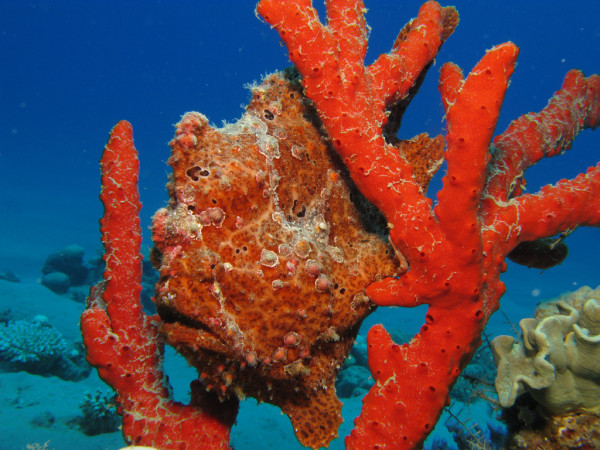