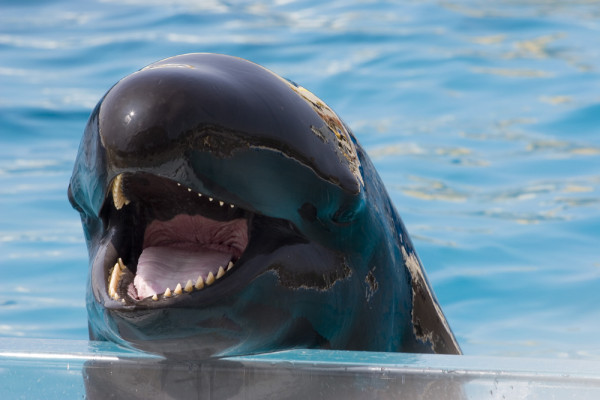 Five basic types of taste exist: sweet, sour, salty, bitter, and umami. Most people are familiar with all of these except the last, umami, which is best described as a pleasant savory taste. These tastes occur because of receptors that occur on cells in the mouth. Genes dictate the presence and number of these cells and receptors and thus taste has an evolutionary basis. Umami and sweet tastes are associated with protein-rich and nutritious foods. Salt at low concentrations is an attractive taste, as salt in small amounts is needed for proper cell function including neurons. Bitter is associated with aversion and protects from ingesting toxic substances. Sour tastes are unpleasant and can prevent the ingestion of unripe and decayed food resources. Despite these adaptive benefits of taste some animals have lost the ability to taste one or more of the basic categories. Vampire bats cannot taste umami or sweet. Chickens cannot taste sweet. What about whales? They can only taste salty. 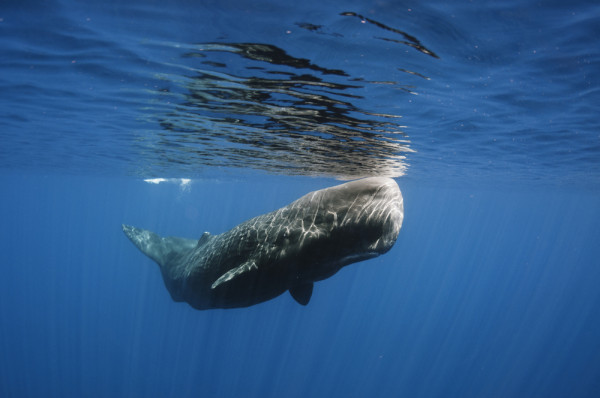 In a recent study, a group of scientists from Nanjing Normal University and Harvard Medical Center scanned the genomes for genes related to taste in 12 whale species. Only the genes for salty receptors were found. Why would whales loose four senses of taste? Both toothed and filtering whales swallow food whole without chewing. Furthermore, when living in the oceans everything would just taste salty. No joking, salt would swamp out all the other flavors. Given this the evolutionary pressure to be able to taste all these other flavors just would not be there. Also keep in mind its not just many of the genes for taste that have been lost. Thier tongues have degenerated epithelia and only a few taste buds

But why just keep salt receptors? Like all animals, whales need to osmoregulate, i.e. balance the water and ion concentrations in the body. This is vital for cellular processes like transporting across the cellular membrane. Salt receptors are vital in reabsorption of salt a key feature of osmoregulation. So if you ever have a whale over for dinner make sure to not over salt the fish, they may be little sensitive. 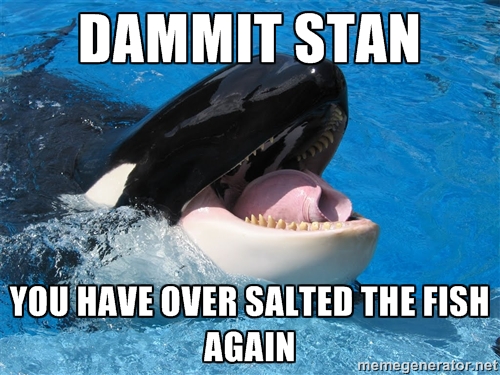 2 Replies to “Whales Can Only Taste Salty”