Yahoo answers tells me I shouldn’t put snails in the microwave, but this paper tells me otherwise:

This paper is so simple, yet so epic in so many ways:

We have experimented with a method traditionally used to clean shells that involves placing the living gastropods in a microwave (MW) oven; the electromagnetic radiation very quickly heats both the animal and the water trapped inside the shell, resulting in separation of the muscles that anchor the animal to the shell. Done properly, the body can be removed intact from the shell and the shell voucher is preserved undamaged.

To reiterate: these researchers put snails in the microwave and got a paper out of it. Now of course, this is actually a brilliant method – the scientists stumbled across this quick fix because they need to preserve BOTH the shell and DNA from their specimens. With such thick shells, preservatives can’t get into the tissue very easily, and other methods (boiling the snails alive! or using chemical relaxants to pull out the muscle) are time consuming, sloooowwwwww, and downright dangerous:

To some extent, [these methods] can also represent a hazard (electrical drill and boiling water) on an unstable research vessel at sea.

Microwaves can zap lots of animals quickly and keep all their DNA intact! 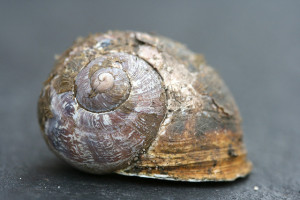 This paper also wins for the most unnecessary use of acronyms, shortening the terms for microwaves (MW) and microwave ovens (MWO). So in everyday life I guess we can now further reduce MWs to a hand signal, and just say that we’re going to heat up our coffee in the “Muah”. 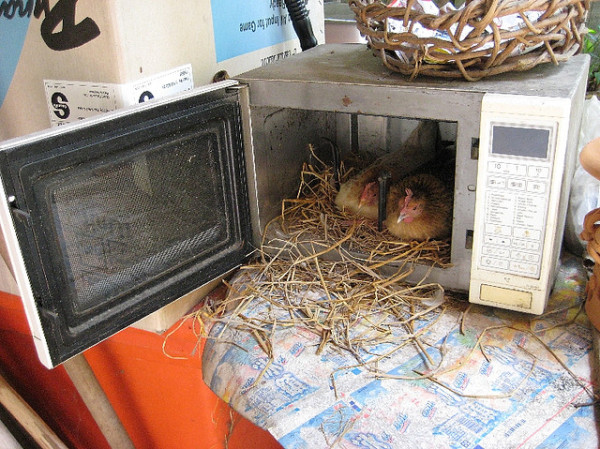 Don’t try this with chickens (CC-licensed images from Flickr)

One Reply to “Putting snails in the microwave…for science!”