If the Pacific Torpedo Ray (Torpedo californica) had an inner dialogue whilst stalking delicious fishy snacks, I could imagine it would be something along these lines.

In his literary masterpiece, Certainly More Than You Want to Know About the Fishes of the Pacific Coast,  Milton Love so rightly describes them as “The Starship Enterprise with an attitude problem.” 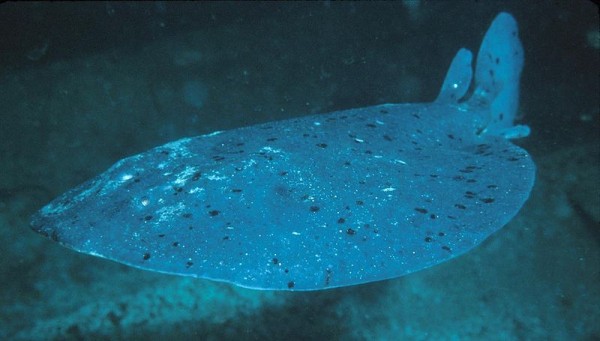 Though these rays do maintain an uncanny resemblance, their good looks are not the feature linking them to Starfleet’s prized flagship. No. It’s just their ability to create a 45V electrical discharge outside of their body. NBD.

The electric rays of the group Torpedinidae are one of only two groups of marine fishes that can produce Electric Organ Discharges (EOD) for use in capturing prey and protecting themselves against unsuspecting predators.

They do this by slowly sneaking up on their prey (they have to be vewy vewy quiet) and cupping them between their huge pectoral fins. Then, summoning the almighty Powers of Poseidon, they create a substantial jolt using kidney-shaped electric organs located on each side of their head/fins. On average they can produce a stunning punch anywhere from 30-60V. One group of researchers even claimed to have clocked them as high as  200V, but that has not been verified.

Though they are known for mostly eating fish, they can be quite aggressive towards divers. Take for instance Joe here.

Back in the day, humans in ancient Rome even monopolized on the Torpedo Ray’s shocking capabilities, using them to numb headaches and pains associated with childbirth. Maybe that’s what Joe was going for in the video? Or…maybe not….

Either way, Torpedo Ray’s are one of the many  unappreciated badasses of the ocean.

Warning: Just please don’t go around testing their electric capabilities for yourselves. Yes, they will shock you. Yes, it will hurt. Yes, you will feel stupid afterwards. Yes, we will laugh at you. No, we will not be held liable for said stupidity. “I read about it on Deep Sea News and wanted to test it for myself” will not hold up in court.

One Reply to “These are a few of my favorite species: The Torpedo Ray”