As the as the largest species of parrotfish, a single individual of Bolbometopon muricatum can ingest over 5 tons of reef per year. That freaky looking bump is also for head butting rival males.  What’s not love. And now with the help of the Digital Underground.

All right!
Stop whatcha doin’
’cause I’m about to ruin
the image of a fish that ya used to.
I look funny,
but yo I’m eatin’ corals, see
so yo reef I hope you’re ready for me.
Now gather round
I’m the new fish in town
and my foreheads bumped up all big and round 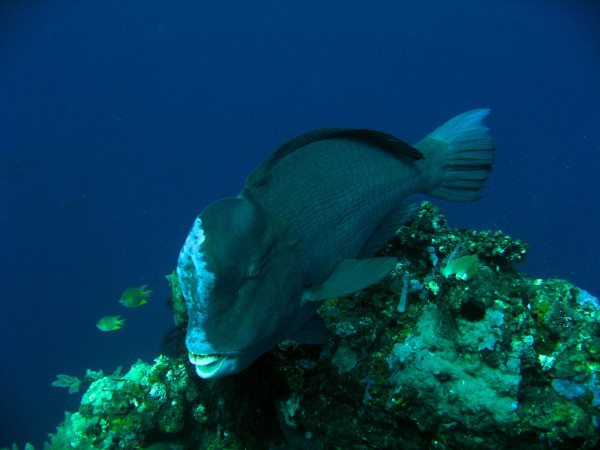 I’m eatin’ up all the corals ya got above the shelf
so just let me introduce myself
My name is Humpty, pronounced with a Umpty.
Yo ladies, oh how I like to hump thee.
And all the male rivals nearby allow me to bump thee.
I’m swimmin’ big, y’all,
and just like Humpty Dumpty
you’re gonna fall when my big head bumps thee.
I like to spawn,
I like my reefs comfy,
I’m spunky. I like my corals all lumpy.
Completely covered in scales, straight gangsta mack
but sometimes I get ridiculous
I’ll eat up the corals because I think their delicious 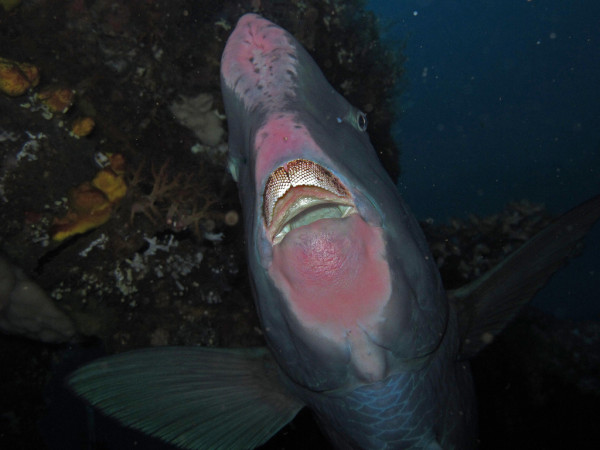 hey yo fish girl, c’mere-you wanna aggregate?
Yeah, my heads fat.
Look at me, I’m finny
It never stopped me from gettin’ busy
I’m a freak
I like the girls with head bumps
I once got busy near a coral reef stump
I’m crazy.
Allow me to amaze thee.
They say I’m ugly but it just don’t faze me.
I’m still attractin’ all these internet rants
and I even got my own dance

One Reply to “These Are Few of My Favorite Species: Humphead Parrotfish”