Here’s the third in our series of guest posts from California Academy of Sciences ichthyologist Dr. Luiz Rocha

I am not going to lie to you, before moving to San Francisco I barely knew the rules of baseball. But during the mere three years that I have lived here, our local team (the Giants in case you have been living under a rock) have won no less than two World Series championships, and three in the last five years! With such a successful team, I couldn’t avoid getting hooked. 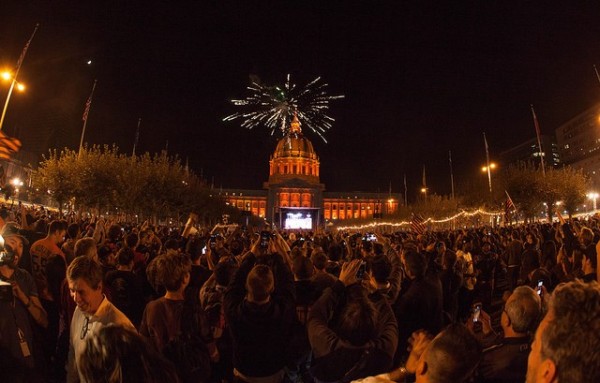 My first time in the Giants’ ball park (or any ball park) was during the 2012 season, and the first thing that caught my eye was the colors. Both the team and the crowd colors: orange, black, and white were everywhere. I know what I will say next may sound strange to many, but having spent a large portion of my life underwater, the first thing that those colors reminded me of was fishes. 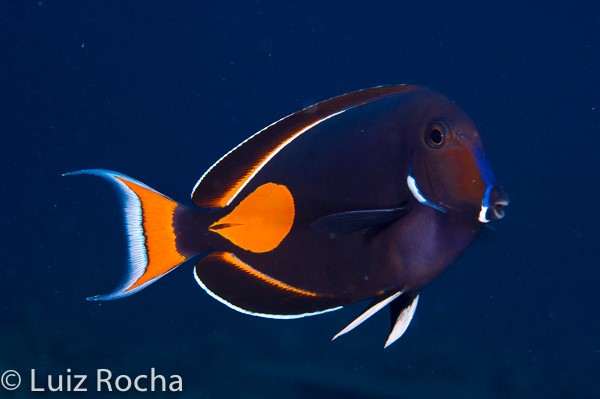 In fishes, colors come from pigments and/or tiny crystals and mirrors inside cells called chromatophores (from the Greek khrōma meaning “color,” and phoros meaning “bearing”). Orange and black are common colors in fishes, and they are what we call pigment colors. In fishes, there are several types of chromatophores that contain pigments, but the two types associated with Giants colors are erythrophores (orange/red), and melanophores (black/brown). Most of the orange and red that we see in fishes comes from pigments known as carotenoids (yes, the name comes from carrots), and the black and dark brown comes from a type of melanin. 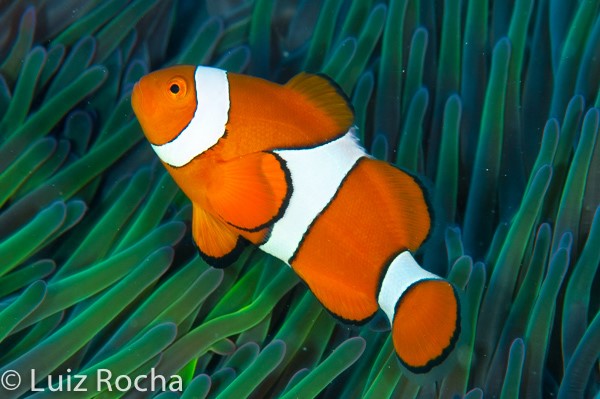 Most of the white coloration that we see in fishes is produced in a slightly different way. There are usually no pigments involved, instead, white is what we call a structural color, and is produced via reflection of white using tiny crystals and plates. And this brings us to the Royals, which were a formidable adversary in the World Series. Like white, blue in fishes is also a structural color, and many times it is also iridescent. 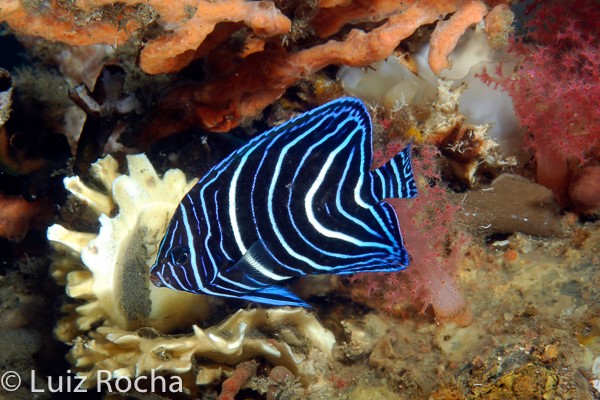 To celebrate the Royals, the white and blue juvenile Semicircle Angelfish (Pomacanthus semicirculatus).

But back to my World Champion Giants, in the superstitious world of baseball, fishes are not surprised with their win. After all, California’s official state marine fish IS the Giants-orange Garibaldi! The first time the Giants used the now traditional orange, black, and white was back in 1933, but they only permanently changed to these colors in 1951, and moved to San Francisco from New York shortly after that, in 1957. Fishes, on the other hand, have sported their orange, black, and white colors for millions of years.  No word on whether fishes will be filing a class action lawsuit for copyright infringement… 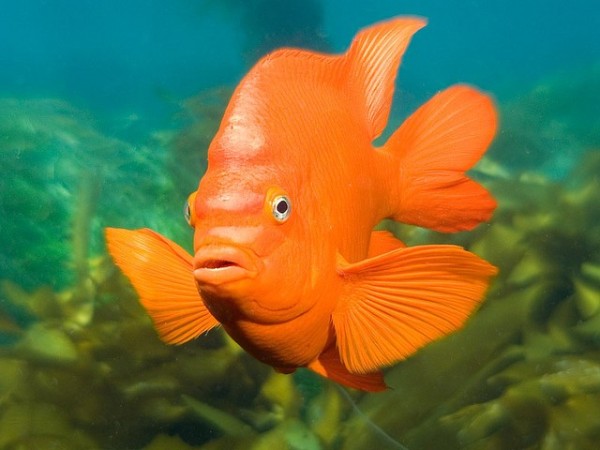 The Giants have another connection with our ocean friends: McCovey Cove is a part of the San Francisco Bay where baseballs occasionally end up “sleeping with the fishes”. There have been 68 Home Run “Splash Hits” into McCovey Cove by Giants players and 38 by opponents. Of note, Barry Bonds has hit 35 of them! The next closest is Pablo “Panda” Sandoval with only 7. Because baseballs float in seawater (at least for a while), there are many colorful fans that patrol McCovey Cove during games to collect splash hit baseballs.  But as far as I know, no fishes (or fans) have ever been hit. 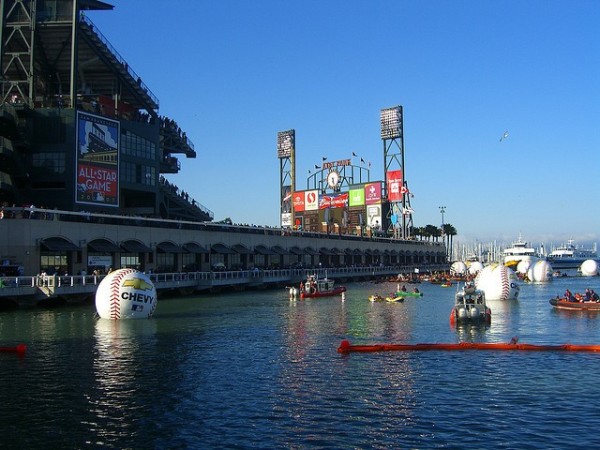 Since I don’t know much about baseball’s history and tradition, I enlisted the help of fellow California Academy of Sciences curator and Giants fanatic Brian Simison to add some more baseball spice to this article. Thanks Brian!