This week at DSN we are dedicating to size. Actually, I’m dedicating it to size. Since I am the grand poobah in charge, everyone else has gone along.   Why size? First, me a superteam of students and scientists are authors of a paper coming out Tuesday at PeerJ, the culmination of the Sizing Ocean Giants project.

But my obsession with size began long ago.

For me, road trips are easily diverted by ‘the world’s largest ball of rubber bands’; special weekend getaways include visits to attractions claiming to be ‘North America’s largest’. Large cups of coffee, giant cheese graters, world’s largest chest of drawers, anything ridiculously small or large is a fascination for me. But, in the biological world, size is more than a novelty. How an organism relates to the world around it is determined by its size, and understanding size is understanding the disparity of life itself.

I thank Michael Rex, deep-sea guru and my Ph.D. advisor, for showing me the study of size is a legitimate science. Through a Research Experience for Undergraduates program, I had the privilege spending an entire summer for my senior year measuring snails. Hundreds of them. All less than the size of Abraham Lincoln’s head on a penny. A few years later that work turned into a paper on the relationship between oxygen and size in deep-sea gastropods (PDF). I enjoyed working with Mike and measuring snails so much that I asked to return after I graduated to pursue my Ph.D. with him. I measure more snails. Thousands of them. Which lead to many more papers on body size of snails (PDF, PDF, PDF, PDF, PDF) and even one on fish (PDF).

Another event happened that also fed into my obsession with size. My first submersible dive happened off Rum Cay in the Bahamas. A fantastic opportunity afforded by two of my science idols that continue to support and shape my career, Craig Young and Paul Tyler, who have literally written the books (link, link) on deep-sea biology. Despite my large size, I don’t remember feeling cramped inside the soda can-sized sub at any moment. The entire time I pressed my face against a 15- centimeter porthole, my cheek against the cool glass, and focused my eyes on the three met res of illuminated sea floor around me and the kilometers of black beyond. It was down here on the sea floor, nearly one kilometer beneath the surface, that I got my first look at the giant isopod, Bathynomus giganteus. This deep-sea crustacean looks a lot like your typical pill bug or slater, except that it’s the size of a large shoe. It instantly captured my imagination, launching a journey to understand why the giant isopod is giant. 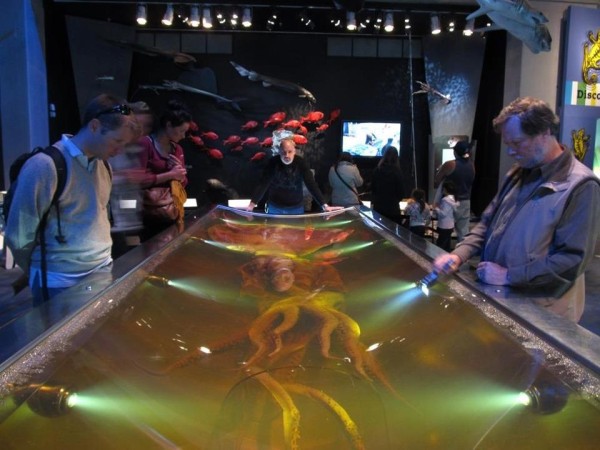 Over fifteen years later, I am still trying to answer why Bathynomus, and a whole slew of other organisms become giants.   But as a first step, I am simply trying to quantify how big they actually get. This is what I and whole team of students and colleagues tackle in new publication coming out on Tuesday in PeerJ, and the reason we are celebrating size this week at DSN.

Let’s just say it’s about more than bragging rights for being the biggest. Precise, accurate, and quantified measurements matter at both a philosophical and pragmatic level. Saying something is approximately “this big” while holding your arms out to indicate your full arm span won’t cut it.  Nor will inflating how large some of this animals are. This isn’t a fish story. Accurate sizes, for example, can predict the metabolism of an organism, telling us how much oxygen and carbon an animal consumes. Knowing whether a whale shark is 10 tons, 15 tons, or 20 tons lets us know whether a whale shark uses 868, or 1176, or 1,460 light bulbs worth of energy every day.

This all brings us back to size week, a whole slew of posts by us on every thing related to size. Enjoy! 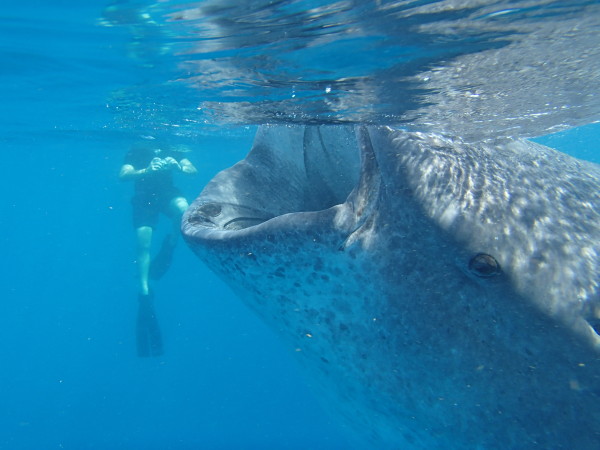