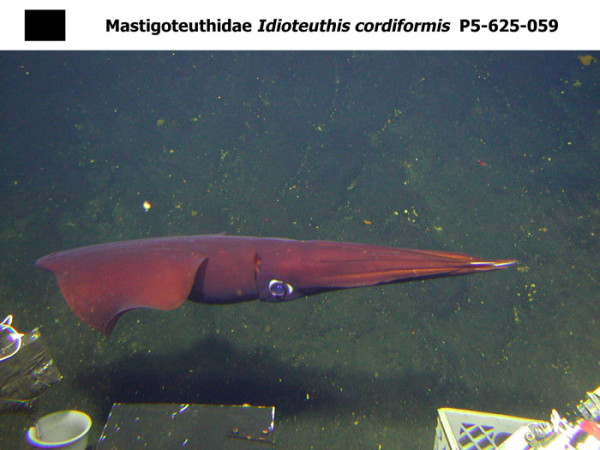 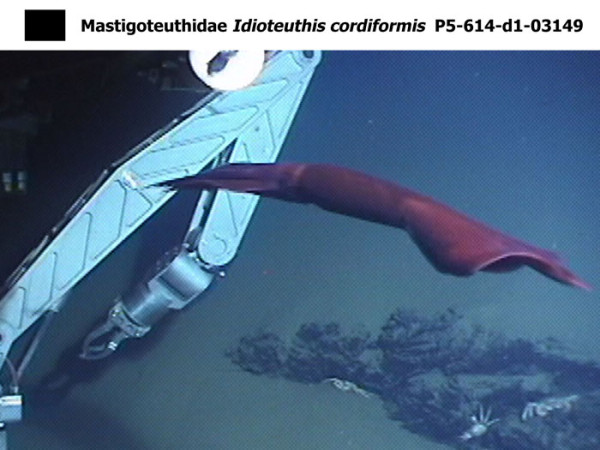 New work by Heather Braid and Kathrin Bolstad sequences the gut contents of this squid of the deep to shed light on this large red squid’s eating habits. The sequence data do indeed suggest that Idioteuthis cordiformis is an active predator…sometimes on sharks. DNA sequences in the gut matched the species birdbeak dogfish, Deania calcea, a deep-sea shark that can get over 1.2 meters (nearly 4 feet) and has a hankering for lots of shrimp. 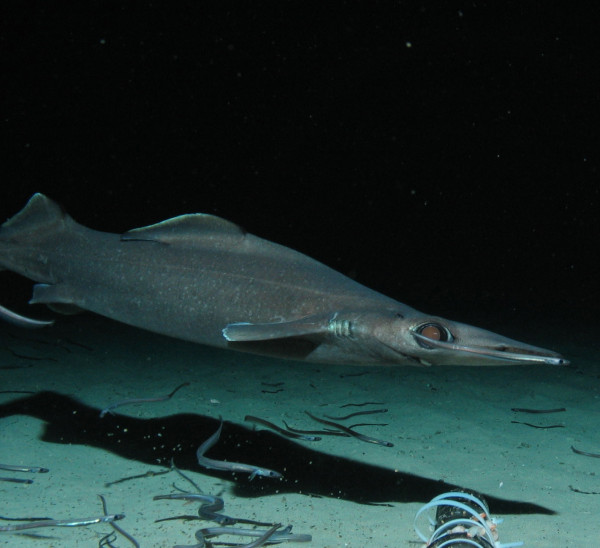 Shark get in the squid’s belly! From OceanLab http://www.eu-fp7-coralfish.net/gallery/oceanlab_images_may08/gallery_oceanlab_may09.php

Braid and Bolstad also examined stable isotopes for Idioteuthis cordiformis. Nitrogen is an important elements obtained from eating other stuff. The old adage “you are what you eat” is actually true to some extent. Each animal has a slightly different signature of stable isotope ratios that reflect the signature of preferred food items. The nitrogen isotopes, specifically Nitrogen-15 (N15), can show how high up the food chain an animal is. As organism eat each other, N15 is transferred to the predator. Thus, top predators have the highest N15 values. Idioteuthis cordiformis? The nitrogen values place this squid much higher than quite a few other squids including Architeuthis dux, the giant squid. Only one squid clearly beats out Idioteuthis cordiformis, the Humboldt squid, Dosidicus gigas, a voracious predatory squid from closer to the surface. Don’t believe just watch this video. Even other squids don’t stand a chance next to the Humboldt squid.