On November 1st, 1940 the Imperial Japanese Navy launched the Yamato Class Battleship the Musashi. She and her sister ship, Yamato, were the heaviest and most powerfully armed battleships ever constructed.  The Musashi was lost on October 24th 1944 during the Battle of Leyte Gulf during World War II. On March 2nd, an expedition lead by Microsoft cofounder, Paul Allen, found the Musashi at 1000m deep in the in the Sibuyan Sea.  An exciting discovery but nonetheless I found the invertebrates inhabiting the wreck as equally interesting.  Below, with the help of deep-sea invertebrate wiz Lonny Lundsten at MBARI, identify all the organisms seen in the video at the top. 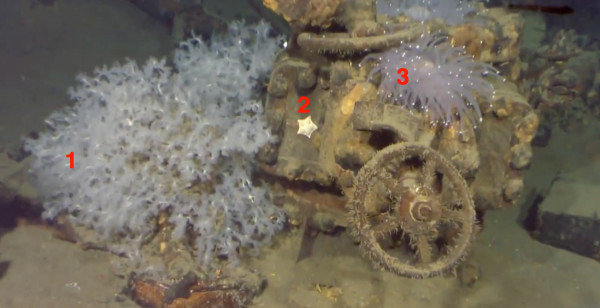 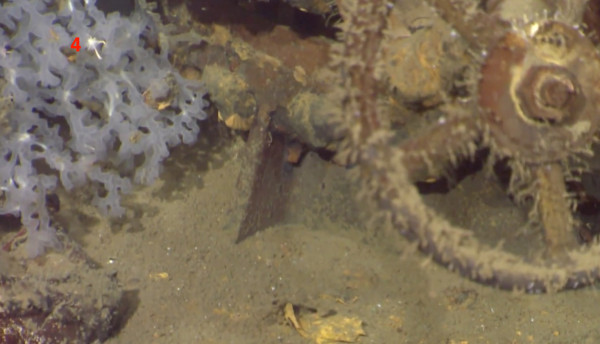 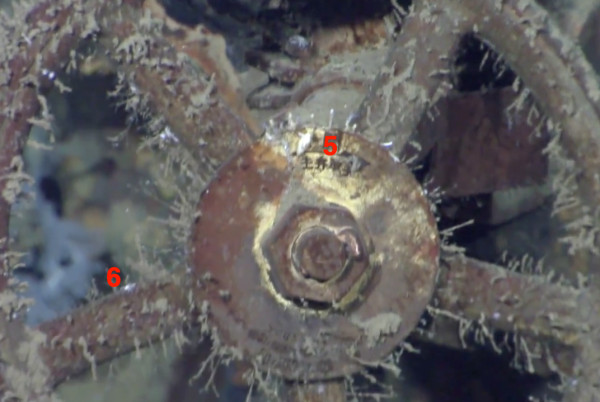 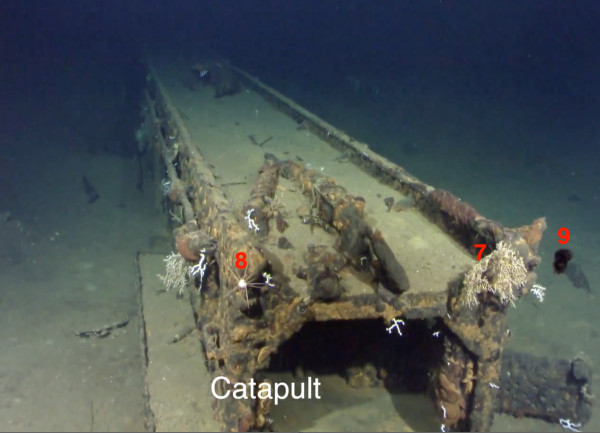 0:20-0:25 (7) a yellow Primnoidae or Plexauridae coral (just right of 7) white corals may be a species of Corallium (example 1, example 2), (8) a spikey urchin maybe Aspidodiadema, and (9) a swimmimg cucumber probably Enypniastes. 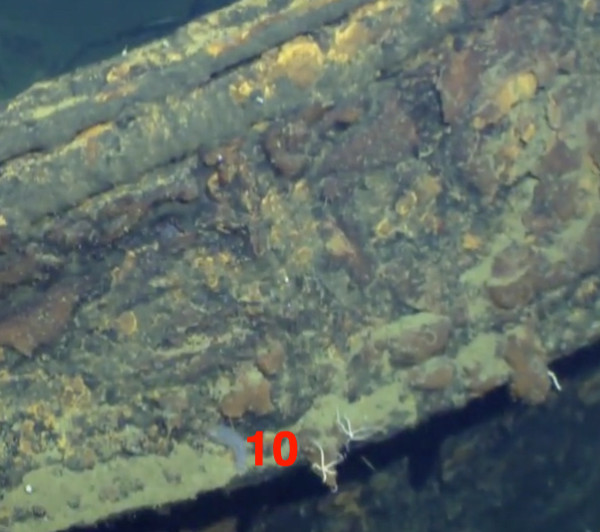 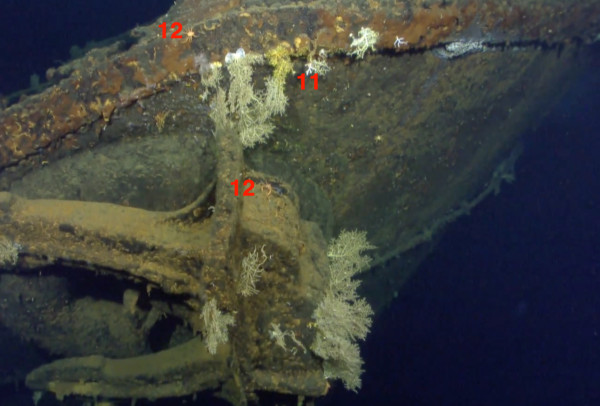 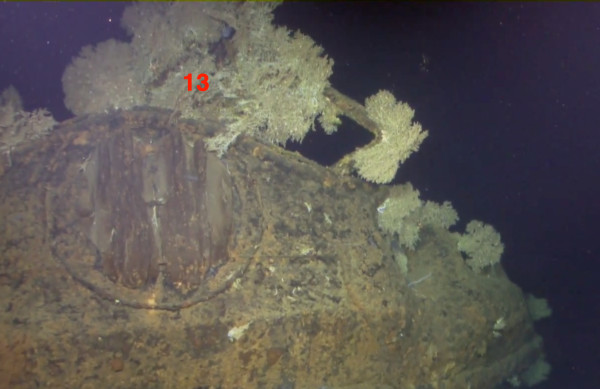 0:48-0:52 (13) Primnoidae or Plexauridae corals, but fouled with sediment or detritus and possibly dead

One Reply to “The Animals of the Musashi Battleship”