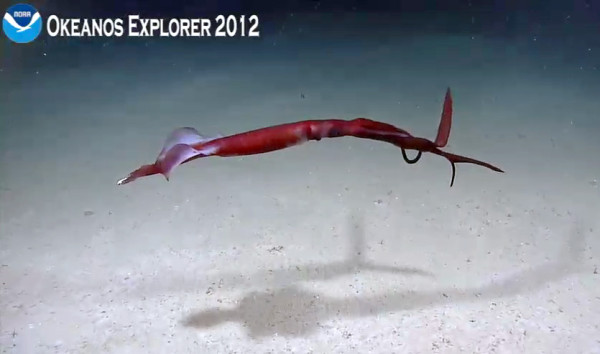 Does the squid consider with only revulsion

The prospect of sex under jet propulsion?

Or does he think it all slightly spectacular,

This flying embrace so tightly tentacular?

Or perhaps he is shy, so he cleverly thinks,

“Any loving we do will be hid by our inks.”

But when they embrace, whether flying or hid,

They’re a couple of crazy and mixed-up squid.

-Arch E. Benthic Id of the Squid and Other Outrageous Rhymes About Oceanography