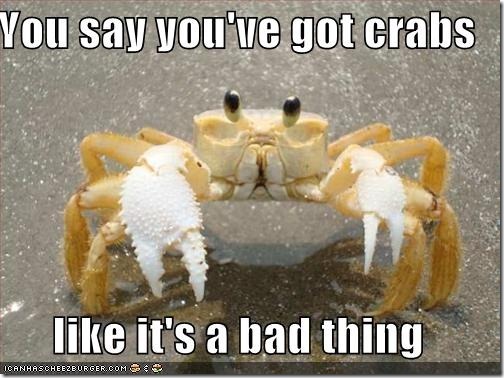 Snails taste good. Well snails taste good to crabs. In fact almost every facet of certain snail’s lives is completely dictated by crabs. Crabs regulate populations of snails. Even the most characteristic part of snail, its shell, represents an evolutionary arms race between prey and predator. Yet, we do not know how many crabs and how often they actually prey on their snail victims.   Fieldwork determining predation on snails is marine invertebrate version CSI, with marine biologists gathered around the shells of dead trying to piece together a murder or assault. But snails shells just break under the forceful claws of crabs and fragments provide little real evidence for the crab criminal case. 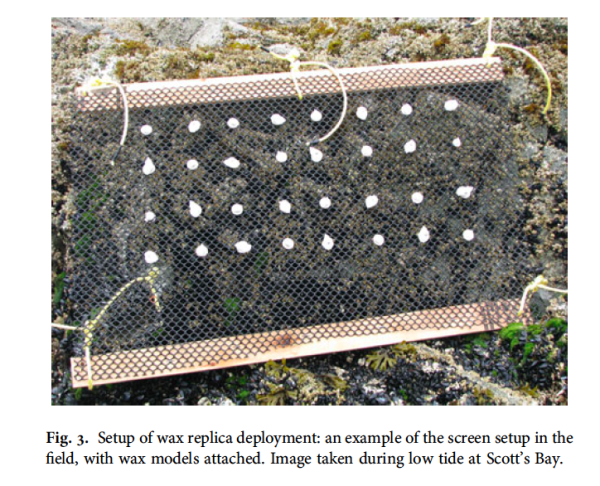 Carrie Tyler and colleagues present a new method that changes the game—wax sculptures. At two different sites these scientists put out snail wax replicas and documented 145 attacks. The wax impression of the attacks was so well defined attacks using the claws versus the legs could be distinguished. Claw attacks were very deep and wide with corresponding marks on both sides of the shell because of the claw closing. Walking legs produced groves that were shallow and thinner and came about from crabs trying to dislodge the replicas. 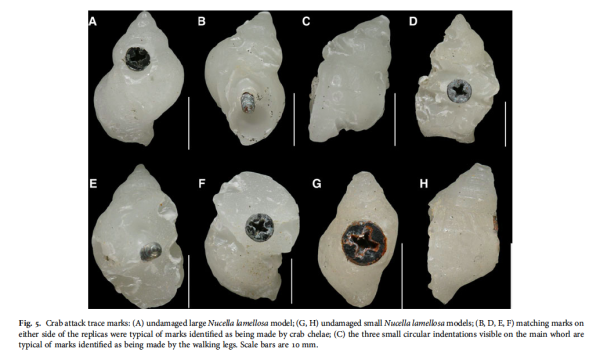 I feel like there is joke here somewhere with wax on and wax off.