I asked Tammy Horton, a noted expert on crustaceans, to write this post about the life of her colleague and friend Roger. Roger will be greatly missed in the community both for his scientific contributions and his companionship. 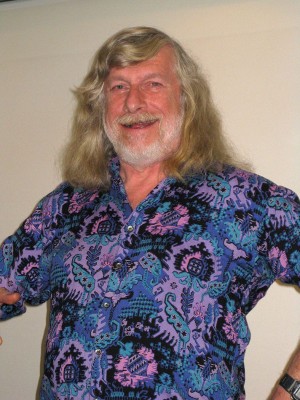 I am proud to have been given the task of writing this farewell tribute for my great friend Roger Bamber. I am privileged to have known this unforgettable man and it is now my mission to tell as many people around the world why he was so remarkable.

I can start by telling you that Roger Bamber was a prolific and excellent taxonomist. He is best known for his work on both pycnogonids (sea spiders) and tanaidaceans (which don’t have a common name; an issue we have discussed at great length in the pub). Roger Bamber published a total of 213 scientific papers in his lifetime in addition to many hundreds of reports and non- peer reviewed papers and articles

Roger’s first paper on the Pycnogonida (or Pycnobeasts as he referred to them) was published in 1979 and he followed this first paper with a further 46 papers on them. He established an Order, a Family, a Subfamily, a Genus and 42 new species of pycnogonid. Roger was particularly proud of his 2010 book ‘Sea-spiders (Pycnogonida) of the Northeast Atlantic. Keys and notes to the identification of species’, to which he would point anyone with a query on the group as it was likely covered somewhere within the books 257 pages. A Judith Price, Assistant Collection Manager of Crustacea & Parasites at the Canadian Museum of Nature, noted Roger had a most dismissive attitude to the ecological importance of his beloved pycnobeasts. “If all the pycnogonids on Earth were to vanish tomorrow, I would be one of the five organisms left who gave a damn.”

Judith will be one of the very many who will give a damn that Roger has vanished. 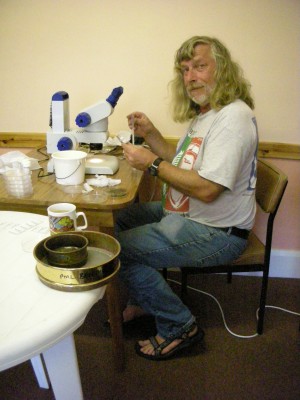 His second love was perhaps the Tanaidacea. Few taxonomists stretch to covering two different groups in this way, yet Roger took this in his stride. He published his first paper on the Tanaidacea in 1986 and his first taxonomic work on them in 1990. His ‘second love’ could be argued to have somewhat overtaken his first, as he went on to describe a total of two families, three subfamilies, 38 genera, one subgenus and an astounding 225 tanaidacean species!

Roger appreciated a scientific name with a bit of thought put into it, as he so often put into his species names. This was part of the taxonomic process that he thoroughly enjoyed and which is exemplified by the many unusual names he bestowed upon his new taxa. He was particularly proud of the name 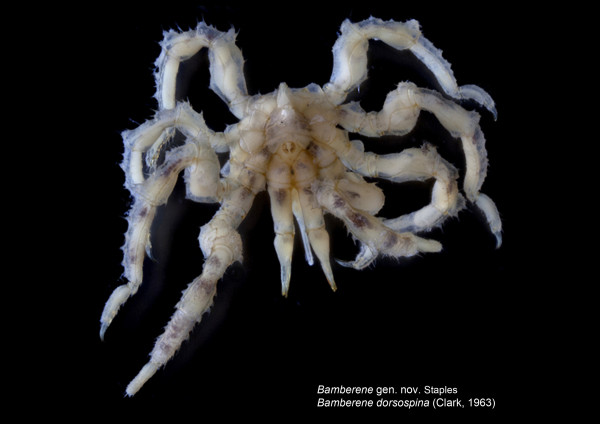 Roger’s reach extended far beyond taxa and publications. Throughout his working life Roger developed and maintained an interest in numerous diverse fields, including of course deep-sea biology, and he will be remembered by many for his attendance at international meetings. He was an integral member of the World Register of Marine Species (WoRMS) community was responsible for the Pycnogonida and Tanaidacea. He also provided valuable input to the World Register of Deep-Sea Species (WoRDSS). Roger was a well-known member of a number of editorial boards (Zootaxa Editor, for Pycnogonida, Tanaidacea, Cumacea; Editor of Zookeys, Pycnogonida; Editorial Advisory Board for Polish Polar Research; Guest Editor for Journal of Natural History) and his input to these was invaluable. 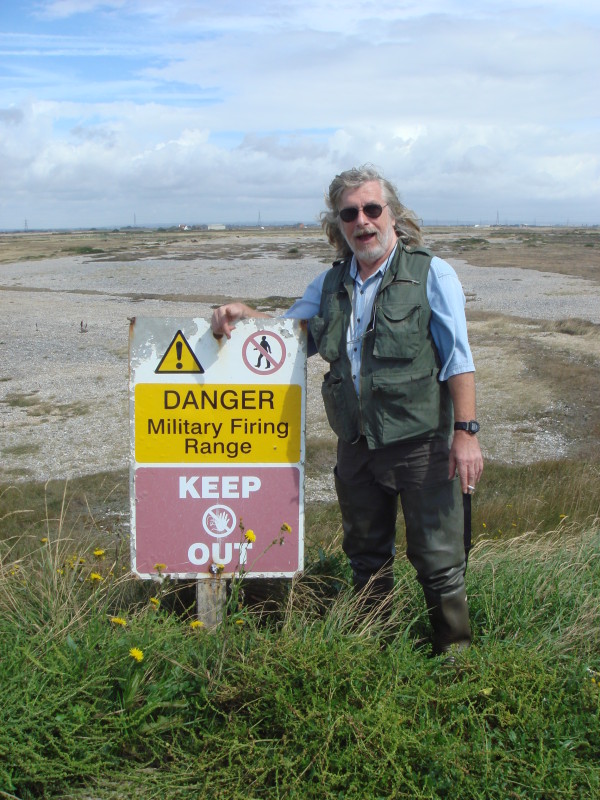 One of the many tasks of a modern taxonomist is to provide guidance and advice to fledgling taxonomists as they prepare their first papers and learn the ‘tools of the trade’ and this is something Roger was particularly adept at. He would gladly accept manuscripts to edit and comment on, and had the required patience and ability conduct this task with ease.   He was a celebrated pedant, always ready to correct a grammatical injustice and known to carry a red pen in his top pocket for such occasions as might arise. His talents as an eloquent writer of prose must not be overlooked.

Roger was always great company, interesting, engaging, controversial, but always good fun. He certainly stood out from the crowd with his unmistakable and timeless unique style! He was unusual, amongst academics, in successfully carrying off a mixture of a great intellect and no-nonsense approach to science, with an infectious amiability and ability to enjoy life to the fullest. He was always (and I mean ALWAYS) happy to have a beer with you (and definitely two or three). He smoked more than anyone I have ever known, and he also really appreciated good food. Therefore, it was in the pub, restaurant, or outside smoking that Roger could be relied upon to be found and it was always in these places that the best discussions, friendships and memories were made.

I thought long and hard about how best to end this farewell but decided that it was probably best done by the man himself, so I invite you to watch a presentation by Roger which was recorded at Joel Hedgepeth’s memorial meeting in 2008.

I hope that by watching this video you will get a flavour of Roger’s character, his wonderful pedantry, his particular sense of humour, and his immense knowledge.

Over to you Rog…