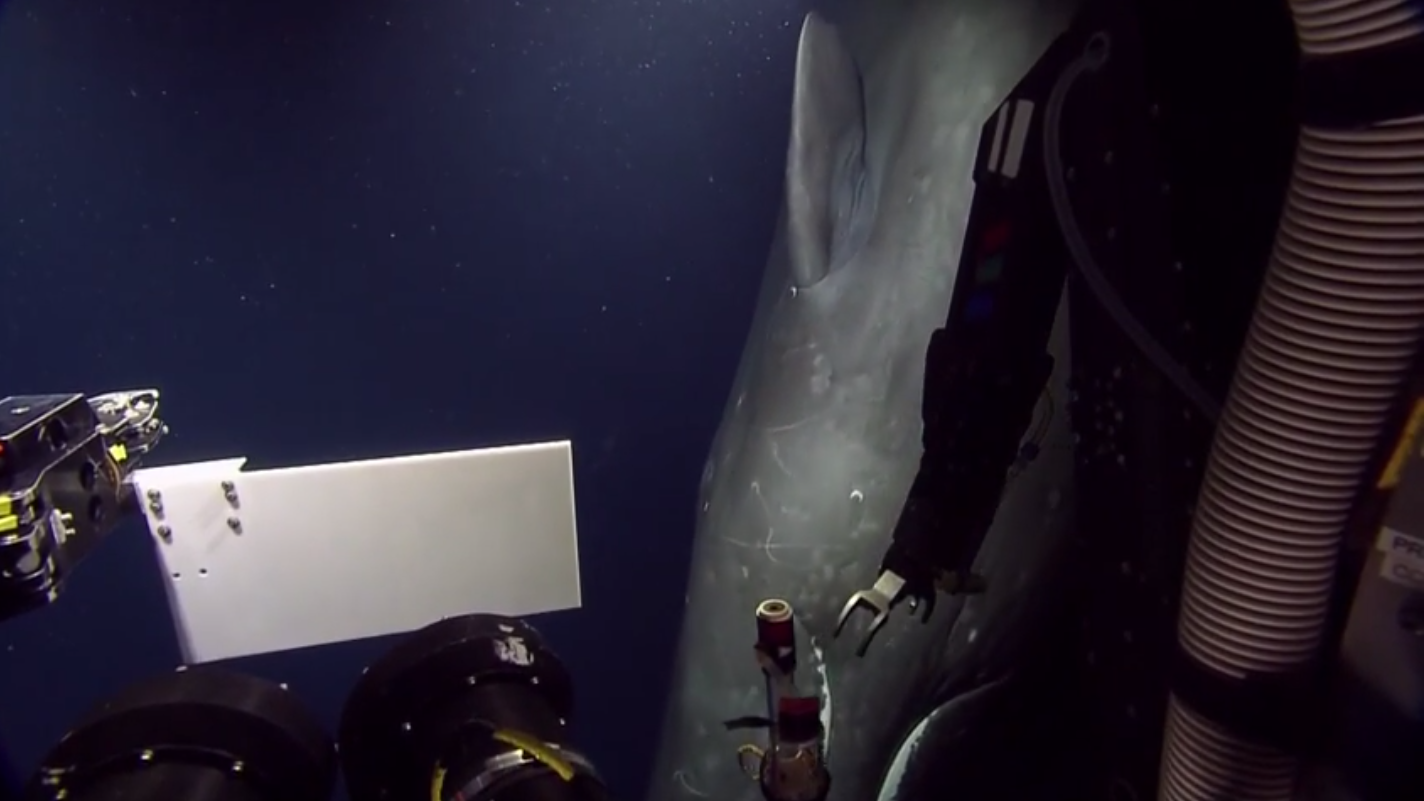 “if you’re watching on channel one the super sampler is…THE HECK IS THAT?!”

And that is the start of an absolutely breathtaking real life close encounter in the deep sea. This video could easily fit in a blockbuster movie, but was actually filmed on April 14th, 2015, by the ROV Hercules, which also happened to be broadcasting LIVE at the time. A lucky internet audience got the sight of a lifetime when a sperm whale made a surprise appearance on this deep-sea expedition.

Sperm whales are among the world’s deepest diving mammals–plunging to the abyss in search of their elusive squid prey. For this sperm whale, the depth of the ROV–a mere 598 meters (1,962 ft) –was still relatively shallow. What was it doing when it happened upon the ROV? Was it hunting for giant squid? Checking out the ROV as possible food? Or was it simply curious, getting a good look at this odd glowing machine in the inky darkness? We’ll never really know. Whatever the reason, it was an incredible thing to witness.

Sad you missed the show? Don’t be. For the next six months Nautilus Live will be streaming from the deep sea. You can join the live broadcast at NautilusLive.org. What will they see next? I have no idea, but with cold seeps and the Galapagos Rift on the list, I can guarantee there are more surprises in store.