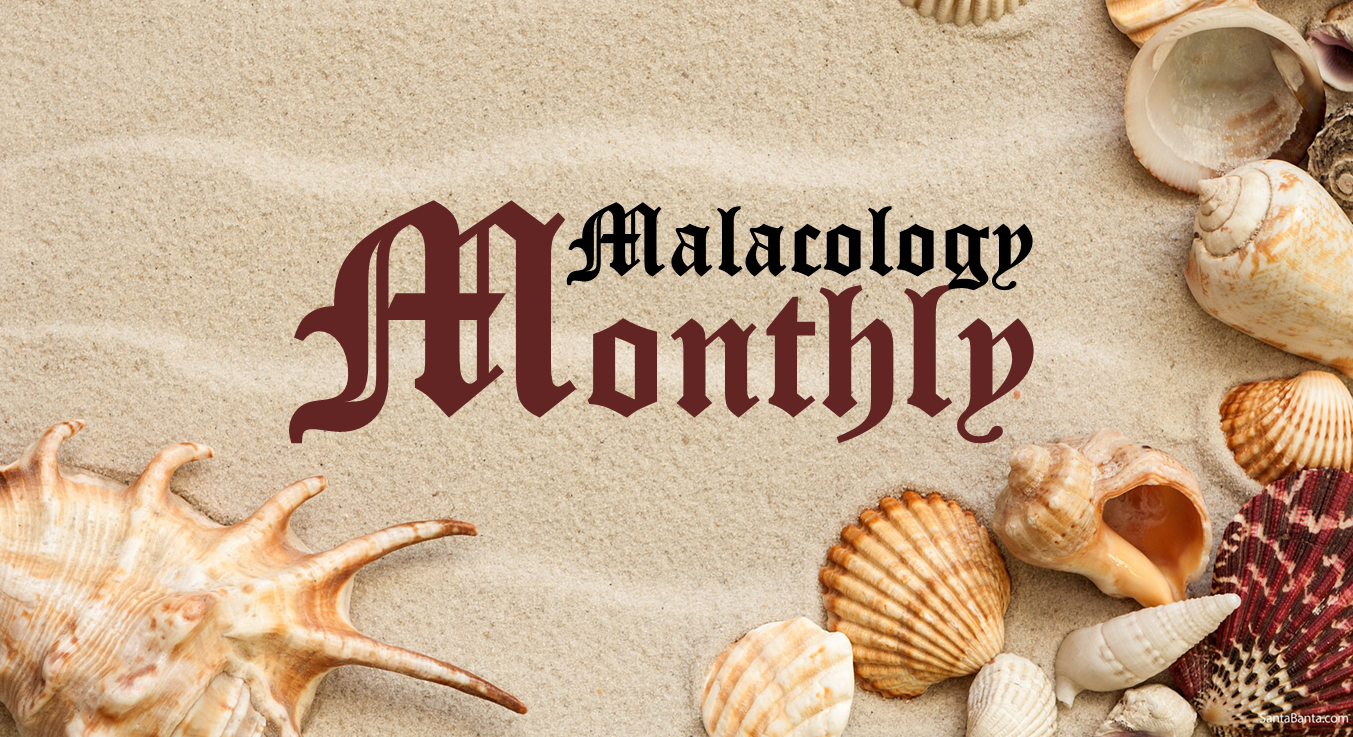 Even if you don’t care much for marine invertebrates, you gotta love Cephalopods.  Squid, octopus, nautilus, cuttlefish, they have the stylish panache and quirky evolutionary innovations that other spineless lumps don’t.  Their high cuteness quotient doesn’t hurt either.  Here are a few of last month’s selections.  Cephalopods: they may surprise you.

Behold, the Crusty Nautilis (Allonautilus scrobiculatus), a name so great it could become your next secret agent moniker or CB handle. The tempura-like coating on its shell is a thick periostracum, the outer layer that protects the inner shell, that can get even more crusty with the addition of small marine organisms that sometimes grow on the periostracum. All modern-day nautiluses are related to another group of shelled cephalopods called the Ammonites, once an abundant, widespread, and morphologically & ecologically diverse group that numbered in the thousands of species but suddenly became extinct about 65 million years ago. But the Crusty Nautilus is a survivor, and is the most ancestral or “primitive” of the living nautiloids, having evolved more than 100 million years ago and squeaking through the mass extinction that wiped-out their Ammonite cousins.

Crusty Nautiluses live in deep-waters off eastern Indonesia, New Guinea and in the Solomon Islands. Their shells, empty ones washed ashore after the decomposition of their dead owners, were known to early scientists since the 1700’s, but is wasn’t until 1984 that whole living Crusty Nautiluses were captured, allowing scientists to study their soft anatomy and leading to the understanding of their deep antiquity on the cephalopod family tree.

In Nautilus, you live inside shell, in Spirula, shell live inside YOU! [pronounced with your best Yakov Smirnoff impersonation]

While driving on New Zealand’s 90-Mile Beach I came across a drift of hundreds of these tiny curled shells, not more than a couple of centimeters wide, piled between two sand dunes. They are the inner shell of a squid so distinct that they constitute a single species in a single genus in a single family, in an entirely unique order of cephalopod, the Spirulidae. The Ram’s Horn Squid (Spirula spirula) is a small deep-sea predator with an internal shell divided into gas-filled chambers that act as an internal floatation device as they rise and fall each evening in the Deep Scattering Layer far offshore. Eaten by seabirds, dolphins, porpoises, fur seals, and fishes, the undigestible shell is defecated or regurgitated and rises to the surface of the water, floating atop the ocean until they wash ashore on a beach.

The function of the shell in the body of this 4 centimeter-long squid is a not a mystery – the shell float holds the squid upright in the water – but the large bioluminescent organ atop its head is quite a puzzle. Unlike light-emitting organs in other deep-sea squid, it doesn’t seem to attract prey (as it points light away from the mouth), it doesn’t illuminate the feeding tentacles, and it doesn’t seem to provide the invisible cloak of countershading that balances the downwelling light above with the darkness below. Few live Spirula have been caught and studied in captivity, and there are virtually no studies of them in the wild. There are still mysteries in the sea, and plenty of projects for future graduate students.

The Tentacle That Rocks the Cradle

The Brown Paper Nautilus (Argonauta hians) is actually a small sea-going octopus, and like all octopus (octopi, octopuses, octopods, octogenarians, whatever) it has neither an internal nor an external shell. Yet, the female produces this beautiful shell-like structure that is essentially a maritime baby buggy. Her care-free childless year ends after mating with a male that only breeds once before dying, then this merry widow secretes a thin, light, boat-like spiral shell that she fills with a cargo of her eggs. She hops in and pilots this stroller as it floats from the ocean’s surface to hundreds of feet down into the sea, adding and expelling air as a buoyancy mechanism, scooting backwards with jets of water from her siphon.
Mother Paper Nautilus wields a strange pair of tentacles that look like fleshy tennis rackets made by Salvador Dali. These organs secrete the minerals that increase the size of the shell, and she can actually expand these elastic organs to encompass the entire shell, and quickly withdraw them back into the shell of she senses danger. With mom taking up so much space in the crib, most of the young that hatch find the shell too crowded and leave to begin their pelagic larval existence, but a few may hang around for several days, and by then, the female sheds this vessel and begins another year as a free-swimming octopus. During this time she will feed on small invertebrates and baby fish, look for a new mate, and avoid the tuna, dolphins, albatross, and other ocean predators that feed on her kind. In the meantime, the discarded shell floats atop the ocean and may be cast ashore, like the one in the photo, and found by a lucky beachcomber.

The age-old connection between cuttlefish and parrots may seem strange, but through a long convoluted history of humans, birds, and mollusks, it’s perfectly normal for parrots to chew the living heck out of the dead endoskeleton of a cuttlefish.Cuttlefish, not a fish at all but a family of cephalopods (Sepiidae) more closely related to squid than to anything else, contain what is functionally an internal life jacket. The cuttlebone is a hard oblong structure that spans the length of the body cavity of the cuttlefish, and made of a calcium carbonate structure microscopically infused with tiny air cells. This personal flotation device counter-balances the weight of their dense flesh and tentacles and makes them neutrally buoyant in the water. Lessened of the tethers of gravity, cuttlefish can do what they do best: levitate around seagrass beds or reefs like psychedelic, pulsating zeppelins, zapping small prey with lightning-fast elastic tentacles and living a complex social life with other cuttlefish worthy of a Mexican telenovella.

While that makes perfect sense, here’s where parrots come in. Humans have held parrots captive since Egyptian, and later, Grecian and Roman times, likely traded up along the Nile from eastern Africa or even from western Asia. Caged birds have needs that domesticity can’t deliver like their wild habitats and diets used to. But cuttlefish, an esteemed seafood by their human captors for centuries, brought cuttlebones for entirely different uses. The crunchy mineral nature of the cuttlebone acts like an abrasive emery board for parrots to file down their ever-growing beak. It also provides a much-needed calcium supplement for regrowth of new plumage and for formation of eggs in breeding females, and the satisfying feeling by a frustrated parrot driving its beak deep into the cuttlebone is the avian equivalent of us popping sheets of bubble-wrap. Cuttlebones are a multi-million dollar global industry, with cuttlebones shipped from the Mediterranean, Indonesia, the Philippines, and India to pet shops around the world for those jailed parrots that need that little hunk of a dead cuttlefish to keep them healthy.