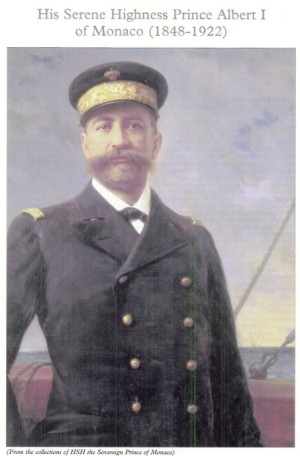 It’s 1903 and Prince Albert I of Monaco is no longer feeling serene. He’s feeling jaunty and gonna map the f**k out of some oceans.

Nothing makes my little heart go pitter-patter like a new data set. And the new General Bathymetric Chart of the Oceans (GEBCO) does not disappoint. Let’s go geek out over some data, shall we?

What exactly is GEBCO? It’s a giant, high-resolution map of the ocean seafloor (with some topography thrown in to make land feel better about itself). This whole thing was the brain child of His Serene Highness Prince Albert I of Monaco, who in 1903 decided we needed to map the oceans. I was amazed to learn that up until the early 1990’s these maps were still drawn by hand! Then we realized that computers were actually pretty good at mapping too and first digitized maps came out in 1994, in a handy-dandy set of CD-ROM of course.

But now GEBCO’s all digital and ready to be downloaded at the click of a button from the interwebs. It’s been 6 years since the last update and this one is awesome. The fine folks at GEBCO channeled the data curating acumen of a million librarians to create this bathymetric pièce de résistance. New data sets were added (the Coast of Chile is looking mighty fine if I do say so). Metadata was added (the data that explains the data. Did you use a fancy acoustic system or a rock tied to a rope to get that depth?). They even got classified data from the U.S…..SHHHHH. 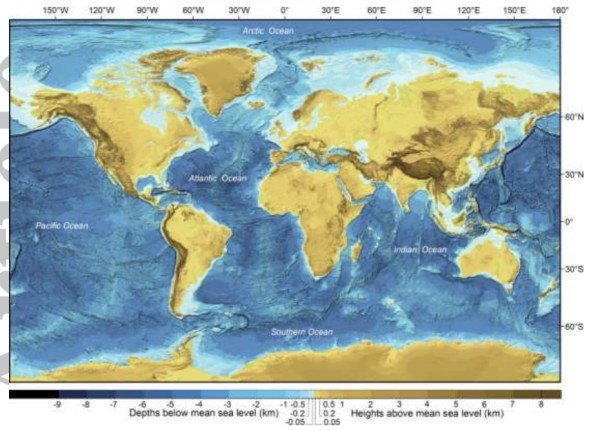 BEHOLD THE BEAUTY OF BATHYMETRY.

And then they did lots of basic statistics. ‘Cause you had better flaunt those stats when you got ’em. The mean depth of the ocean? It’s 3897 m (2.4 miles). Where is 50% of the earth’s surface? Below 3200 m (2 miles). What’s the percentage of the earth covered by water? 71%. But my favorite statistic has to be this one:

~900 ship-years of surveying would be needed to obtain complete multibeam coverage of the world’s oceans.

YES PEOPLE. 900 years. In an ultimate show of carthographic geekery *SWOON*, they even figured out it would take 300 years to map the deep ocean and another 600 to map the shallow water near the coast. But that’s actually not that bad considering there are over 700 high-resolution multibeam mapping systems out there ready to be deployed at any moment. We’ll probably get there sooner than 2915. Although they’ll probably need more than 2 CD-ROMS after mowing the ocean seafloor for all the data….

It’s time people. Time to upgrade that bathymetry. And you can find it all at http://www.gebco.net/ I know that’s what I’m doing this evening.