I asked my friend and colleague Roy E. Plotnick, paleontologist and faculty in the Earth and Environmental Sciences at the University of Illinois at Chicago, to write a post about his former advisor David Raup.  What I received from Roy, the post below, is a warm tribute full of heartfelt admiration and playful anecdote. 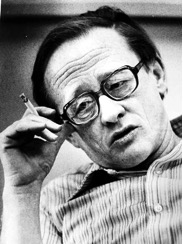 David M. Raup, as most of us remember him. Photo courtesy Rochester Democrat and Chronicle

The picture to the left is how many of his former students remember famed paleontologist David Raup (1933-2015): with a cigarette firmly in his mouth or hand. His nicotine addiction was more than once a source of amusement. The other students and I would often sit in the department lounge, with Dave holding forth while dropping his ashes into a Styrofoam cup. Once he forgot he had done so, and took a sip! Gwen Daley, then an undergraduate at the University of Chicago, remembers “We used to ask questions at the end of class to see how long he could resist before dashing to his office for a nicotine fix. When he started ‘smoking’ the chalk, we knew it wouldn’t be long.” Former University of Rochester graduate student Kraig Derstler, remembers him “crushing a piece of chalk into the ashtray while deep into a paleo-thought. And dumping his ashes into his pants cuff when there was no ashtray.” But behind these clouds of smoke and piles of ashes, was a scientist of boundless creativity and one of the most seminal figures in creating the modern day discipline of paleobiology.

David Raup’s prolific work profoundly shaped how we analyze the history of life on Earth and the interaction of life and geological processes. His work is expansive, ranging from fundamental contributions in how we view the form of ancient organisms to the development of analytical methods to describe the fossil record and perhaps most importantly the mechanisms and impacts of mass extinctions. More than anyone else, he introduced computers as a key tool for the study of paleontological problems. His seminal textbook with Steven Stanley, Principles of Paleontology (1971, 1978), has been used by generations of paleontologists. His two popular books on extinction, The Nemesis Affair: A Story of the Death of Dinosaurs and the Ways of Science (1986) and Extinction: Bad Genes or Bad Luck? (1991), are still widely read and discussed.

Raup is known as a key member of the “Chicago school” (aka the “Chicago mafia” to some), the group of paleontologists at the University of Chicago who trained many of the leading younger scientists in the discipline with continued influence on the field. Prior to coming to Chicago, however, he was a member of the faculty at the University of Rochester. This is the time I knew him best and where I did my master’s under his guidance. For a short time, this was one of the leading paleontology programs in the country; along with Dave, the faculty included other prominent paleobiologists including Jack Sepkoski and Daniel Fisher. But my interactions with David were vital to my career and shape how I view the dynamics of the biological world. He taught us all how to think about paleontology in the way that he did. I still have the syllabus for his advanced paleontology class, unique at the time in that it was a paleontology course taught effectively without fossils! It was a great introduction to the analytical methods and concepts that Raup pioneered. My thesis, on Geomagnetic Reversals and the History of Life, drew heavily on the probabilistic concepts that I learned from him. Given his love of statistics and random processes, I am not shocked by the rumor that Raup put himself through college playing poker. 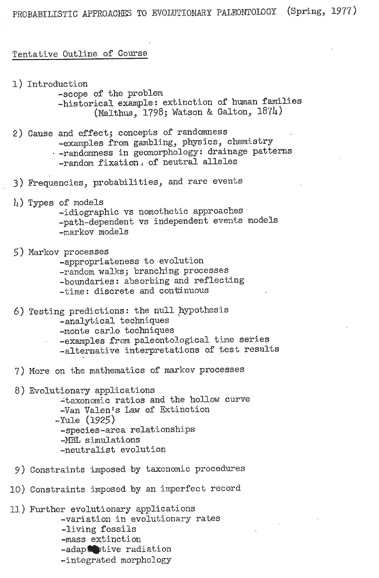 Dave was actually somewhat proud of the fact that he did not directly study fossils themselves; in his Presidential Address to the Paleontological Society (1978), he stated “I feel in a somewhat strange position today as the first president of the Society who has never described a species.” Kraig Derstler, now a professor at the University of New Orleans, recalls that Dave was once asked if he had touched a fossil recently. He said that he kept one on his desk so he could roll it around occasionally. He was also given some grief about this. I recall that Bernie Kummel (Raup’s Ph.D. advisor at Harvard) visited Rochester. At the beginning of the talk, he called Dave forward and handed him a fossil, with instructions to have it identified by the end of the presentation. Although I do remember going on a field trip with him, then graduate student Lee Gray (now at Mt. Union College) recollects that the undergraduate student geology organization at Rochester asked Raup if he would like to attend a field trip: “His reply was, ‘No, I might get my hands dirty.’”

When discussing papers in seminar, Raup encouraged us to be highly critical. But, as Derstler recalls “we started to notice that Raup never went negative…We started wondering if he could critique a paper with the same enthusiastic feeding frenzy that we displayed. He showed up for a seminar that week and spent 5 minutes masterfully, colorfully ripping the paper a new one, then sat down, lit a cigarette, and smiled with that wide grin. After a long, silent pause, he returned to Raup mode, ignoring the crap and discussing the good stuff buried within the paper.” And Alan Cutler (former U. Rochester graduate student, author of an authoritative biography of Steno) adds: “I definitely learned more about critical thinking from him than from anyone else in my academic career. I also learned that there was more than one way of being a “real” paleontologist. “ 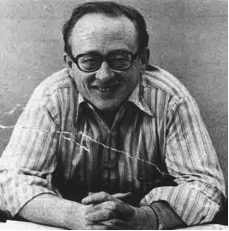 Dave at the time of his departure from Rochester, 1978, showing the “Dave grin” From the Campus Times.

In 1978 Raup decided to leave, to become head of the Department of Geology at the Field Museum of Natural History in Chicago. As he put it at the time: “Chicago has become the natural center for the area of scholarship in which I am interested.” The impact on the graduate students at Rochester was devastating. Most of us immediately started to plan to leave. Unfortunately, the decision was announced in mid-February, far too late for most graduate school applications. The faculty aided some of us (I ended up with Sepkoski in Chicago), but there was also the feeling that “triage” was going on, that certain of us would be helped and others left to fend for themselves. The suggestion was made that the picture of Dave grinning in the school paper (Right) be made in to a t-shirt with the phrase “Just Another Random Walk.” A less charitable suggestion was “So Long Suckers!”

Raup went on to have the rest of his career in Chicago, first at the Field Museum, then at the University of Chicago. Unfortunately, I had far fewer interactions with Raup in Chicago. He became a full time member of the University of Chicago faculty just as I was finishing my doctoral thesis. Nevertheless, his approach to science profoundly influenced my PhD research and it does to this day. When he retired in 1995 to Washington Island, WI, he effectively said goodbye to paleontology and academia. He sailed, involved himself the local community, and became an inveterate do-it-yourselfer. Cutler remembers seeing a “slightly different side of him when my wife and kids and I visited him on Washington Island. Still not warm and fuzzy, he was much more of a hands-on homeowner than I expected. I thought the only things he did with his hands were punching keyboards and smoking cigarettes, but there he was with that Dave grin showing off the drill press he jury-rigged out of spare parts. Dave never failed to surprise.”

I talked to Dave on the phone occasionally during those years, he seemed to be enjoying life away from science. I wish we had spoken more and that I had taken the opportunity to visit. Last year I nominated Raup for the prestigious Crafoord Prize, which he richly deserved. I regret that my fantasy of calling him with congratulations will never be realized.

RAUP, D.M 1999. The Nemesis Affair: A Story of the Death of Dinosaurs and the Ways of Science.

RAUP, D. M. 1979b. Biases in the fossil record of species and genera. Bulletin of the Carnegie Museum of Natural History, 13:85-91

RAUP, D. M., AND J. J. SEPKOSKI. 1984. Periodicity of extinctions in the geologic past. Proceedings of the National Academy of Sciences of the United States of America-Biological Sciences, 81(3):801-805.