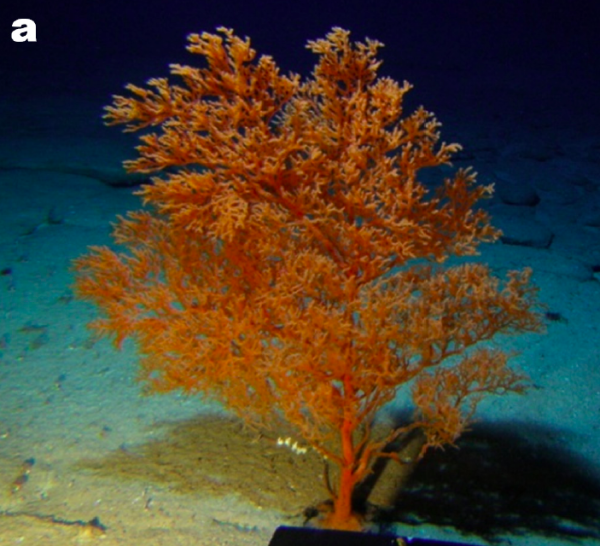 From the deep flanks of the atolls and islands of the tropical Pacific, live corals as old as Stonehenge and the Pyramids of Giza. At 4,000 years old, the Leiopathes sp. black corals beat the quahog clams, which live to be 400, and the tortoise Jonathon, who’s 176. Of course, these deep-sea black corals are colonial creatures, a little bit like the giant honey mushroom in Oregon that 35 miles across and 2400 years old. That means the individual polyps can die back, but the stalk remains for the polyps to recolonize. 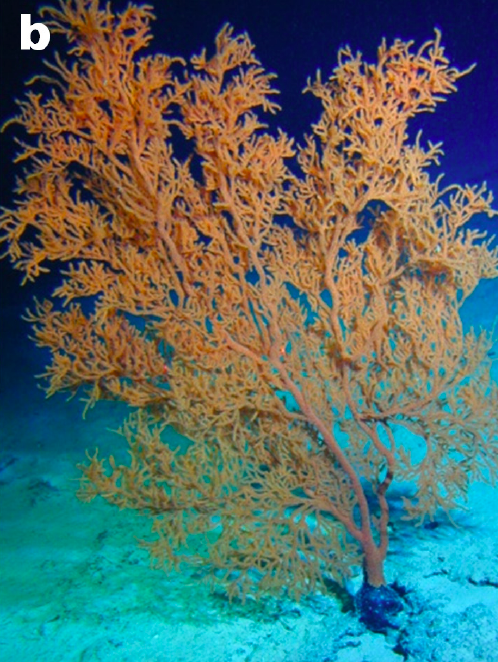 Recent work by Wagner and Opresko clears up the taxonomy for this coral genus, coming firmly down that these methuselah corals from Hawaii are a completely news species. Despite the misleading statements of some news pieces, the specimens were not recently collected nor recently discovered to be old.   Work back in 2009 by Rourke et al. confirmed these record holding lifespans using radiocarbon dating. The specimens were collected from 1971-2009 and have resided in the collections of scientists and museums. This does not detract from the recently published paper by Wagner and Opresko who clear up confusion because these specimens were previously misidentified or unidentified. 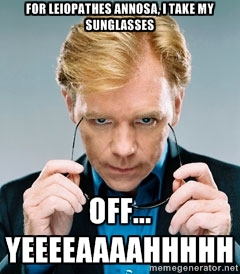 Because of this nobody also realized these corals are cooler than David Caruso. 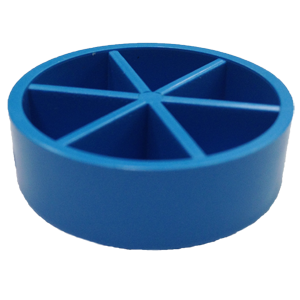 Like other hexacorals, black corals have proteinaceous skeletons covered in tiny spines, polyps wit size non-retractable and non-branching tentacles, and being exclusively colonial. Another distinctive aspect is hexacorals possess six primary mesenteries, internal body walls that radially divide the polyps into compartments. Think of the dishes in Trivia Pursuit that hold the game wedges or rotelle pasta.Most black corals have six primary mesenteries and either no or four secondary mesenteries. But the species in the black coral family Leiopathidae are biologically blinged out with six primary and six secondary mesenteries. Just ignore the fact that the skeletal spines are poorly developed in the black corals. David Caruso? One mesentery and one spine. 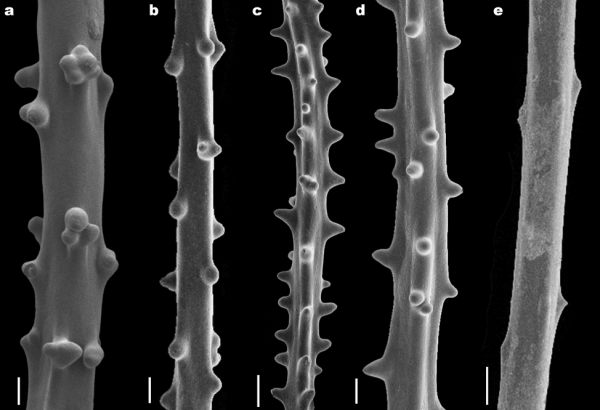 The new species is christened Leiopathes annosa (annosa is Latin for long lived). I would have went with Leiopathes meliorcaruso. The defining characteristic compared to other Leipathes species is that the spines, diminutive though they are, are spherical and multi-lobed (see a in the photo above).  Multi-lobed. Yeahhhhh! The closest species in looks to L. annosa is L. bullosa. The spines are not multi-lobed in L. bullosa. L. annosa also has thicker and longer branches along with more and bigger polyps. Yeahhhhh!

So Leiopathes annosa is older and most definitely more awesome than a lot of other corals. And much better than David Caruso.