I can’t help it. I’m in love with a new viral video.  Is it the fact that features the largest species of fish?  Is nostalgia for the Boston accent that reminds me of my days in graduate school?  Is there sheer excitement of this man for ocean life?  Maybe it’s the profanity.  Below the fold is probably NSFW because of the profanity.  Proceed with caution.


The narrator, so to speak, is Michael Bergin from Malden, Massachusetts.  His video with over 3 million views captures an ocean sunfish, Mola mola (Jay, I don’t know what this is.  Oh my god, what the @#$% is that bro?). The animal is not a baby whale, sea turtle, or flounder. However, I do share in Michael’s excitement (Look at this @#$%’n thing)  The Ocean Biogeographic Information System contains nearly 10,000 sightings of the large fish and as you can see in the map below New England is bit of hotspot for sightings.  The map clearly shows Mola mola is a globally distributed species.

The largest recorded size for M. mola is 3.3 m in length, 3.2 m in height, and 2,300 kg from an individual that washed ashore at Whangarei Heads in New Zealand (10.8 ft, 10.5 ft, 5070 lbs).  However the video below posted in early 2014 shows an individual that may be largest ever seen.  Just eyeballing, the size of this individual (Dat thing is big Jay. What is that thing?) makes it a juvenile. 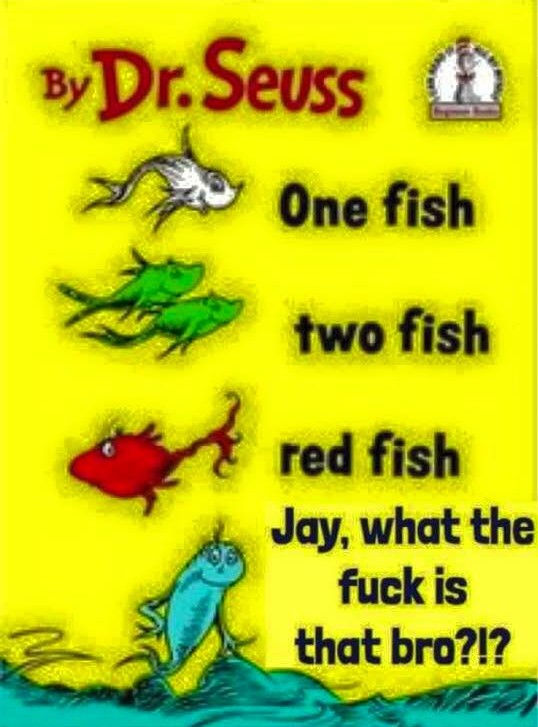