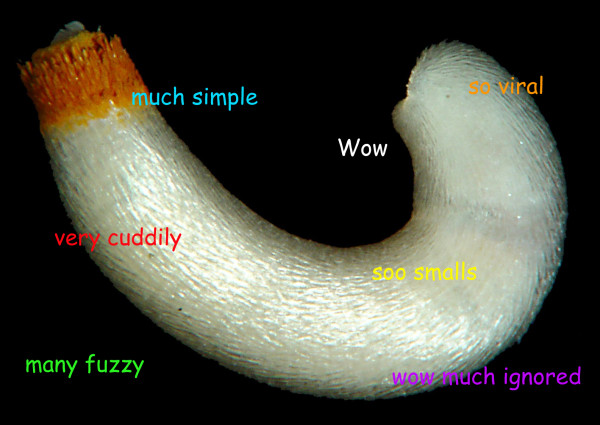 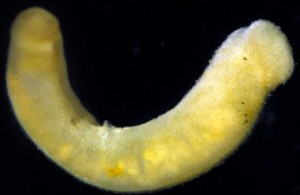 Cute and cuddly may not be the first words you would to describe a Mollusk. A group whose name literally means “soft-bodied” in Latin. However, the approximately 300 species of aplacophorans are quite cute. These cylindrical mollusks lack the shells of their brethren but rather are covered in small calcified spicules that given them a fuzzy appearance.   Most of these cute little buggers are no longer than couple of inches but some can top out at a full foot in length. 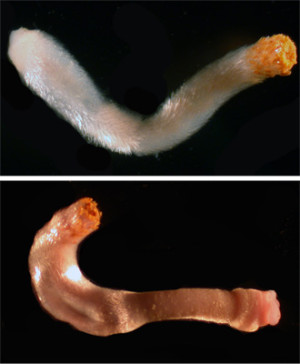 Compared to other mollusks aplacophorans are quite simple and different. So different that at one time they were thought to be sea cucumbers. Not until1987 were the officially classified a mollusk.   The head of aplacophorans is pretty simple and lack eyes and tentacles. The have single opening, called a cloaca, in which the excretory and reproductive systems both empty. One hole to rule them all if you will.

Most of the species live either crawling around in or on top of the seafloor sediment.  Depending on the group of aplacophorans, these little guys are either fierce hunters of cnidarians, or in contrast, grazerspicking bits of good out of the sediment. 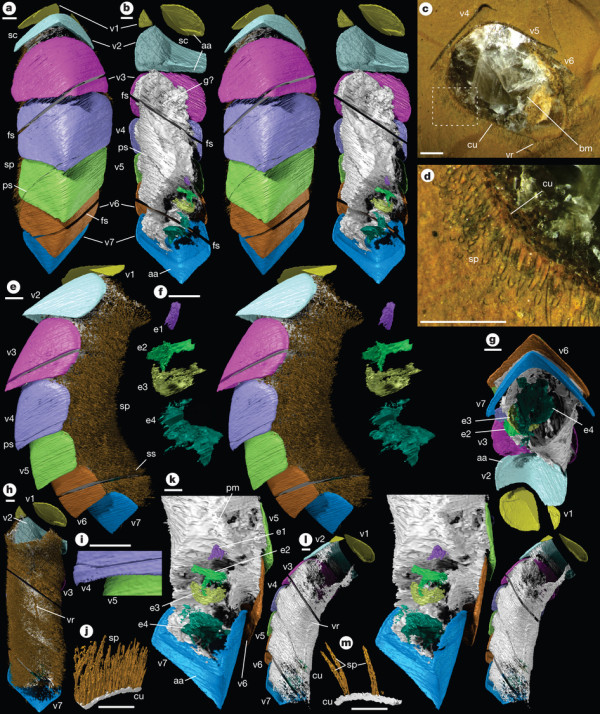 Well the great granddaddy of mollusks or not you cannot deny their cuddliness.  Although this pink one does look a bit like a fuzzy penis.

One Reply to “Aplacophorans: The fuzzy little Mollusk you don’t know”