Joan Lederman is holding a truly remarkable bowl. “Do you see those little bumps?” she asks me, pointing to the green glaze. The glassy surface of the bowl has the texture of an orange skin. “I really don’t know why it does that. But it’s just remarkable.” Joan is fascinated by the texture, but I’m still struck by something else about this bowl. Until recently, that green glaze was part of a massive underwater volcano called the Havre Seamount, discovered only two years ago off the coast of New Zealand. For most people, the ocean’s deepest darkest places are completely untouchable, but for 19 years, Joan has been transforming the ocean’s depths into works of usable art.

It started in 1996 with a bright green bucket. Chris Griner, an able seaman at the United States Coast Guard, stopped by with a few gallons of deep-sea mud. Having walked by Joan’s studio a few times, he wondered if she could use the seafloor mud to build pottery. Joan stuck some mud in the kiln spyhole, and it melted into a glassy puddle, catching her completely off-guard. In her quest to learn more about the mysterious melting properties of this deep-sea mud, Joan met staff members at Woods Hole Oceanographic Institution who gave her little samples of sediment from all across the globe. And each one melted into a different pattern on the clay. Some sediments fired soft green, others a crackly brown. And so she went to work. 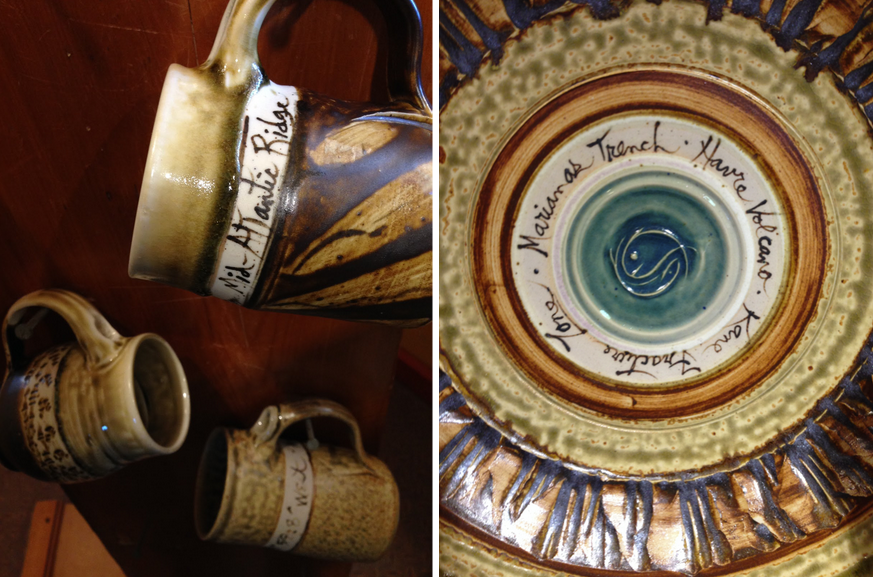 “I never thought the sea floor was as muddy as that” Joan tells me as we walk through her studio. Today she has an impressive collection of ceramics and sea-floor muds, including a small bag with deep brown mud from the Marianas Trench–the deepest place on Earth. This mud is precious, and she uses it more as an accent rather than as a whole glaze. But that’s not the only unique sample she has. Rather than the deep sea, how about the deep past? A cup glazed with sediment from the K-T boundary layer, perhaps? This sediment is from a literal line in the sand separating the age of the dinosaurs from the age of mammals. Or maybe you prefer a more recent history? Pick up a vase glazed with sediment from an 8th century BC Phoenician Wreck. And for the ocean lovers, Antarctic bowls, hydrothermal vent tea cups and mid-Atlantic Ridge mugs pepper her shelves. Can’t decide? Get a little of all seven seas with one of her mixed-mud pieces. Really, it’s an art-nerd-meets-science-nerd paradise. 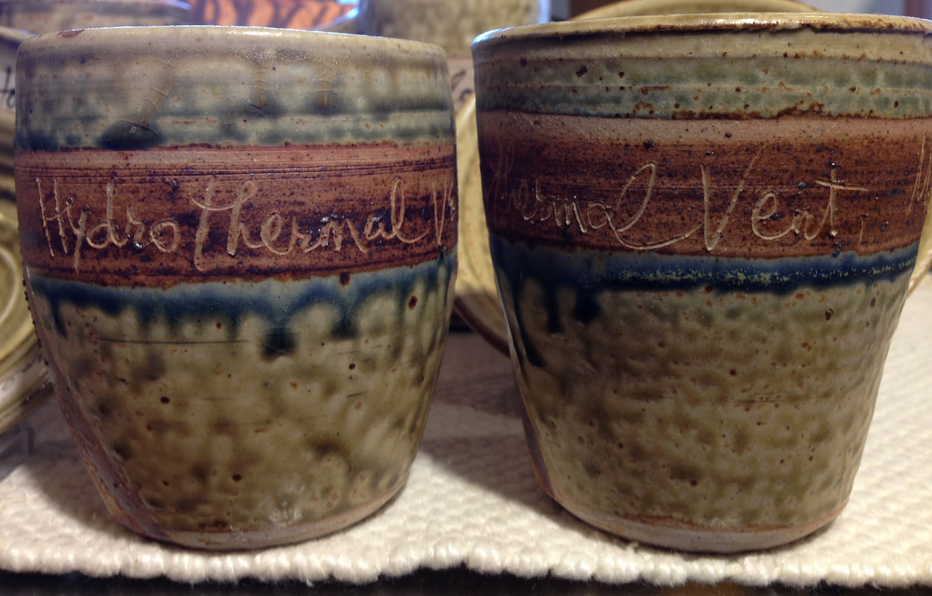 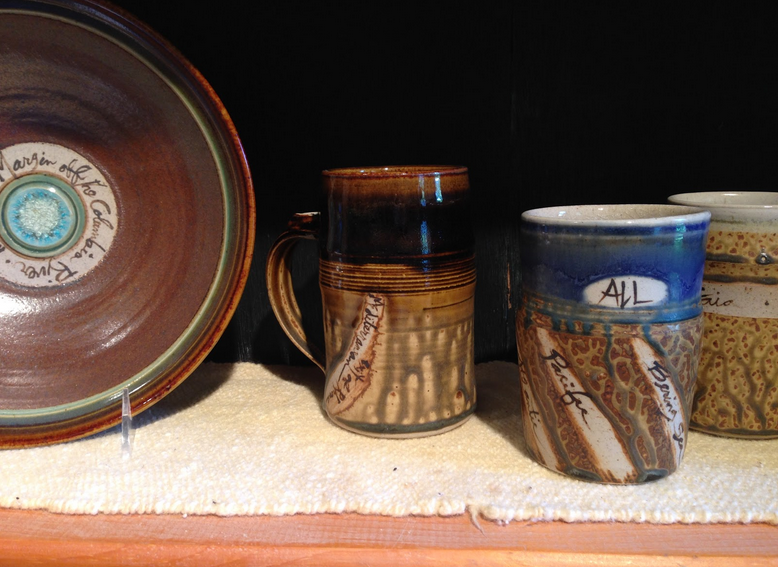 The best part for me is that all of this work represents a collaboration of science and art–all of the sediment Joan uses comes from scientists who donate leftover mud. And in the words of one scientist, “you don’t know what it’s like to work with material 20 or 30 years, never expect this, and then see it in this form.” It’s a way to transform the remote far-away places into something beautiful and tangible that can fit in your hands. 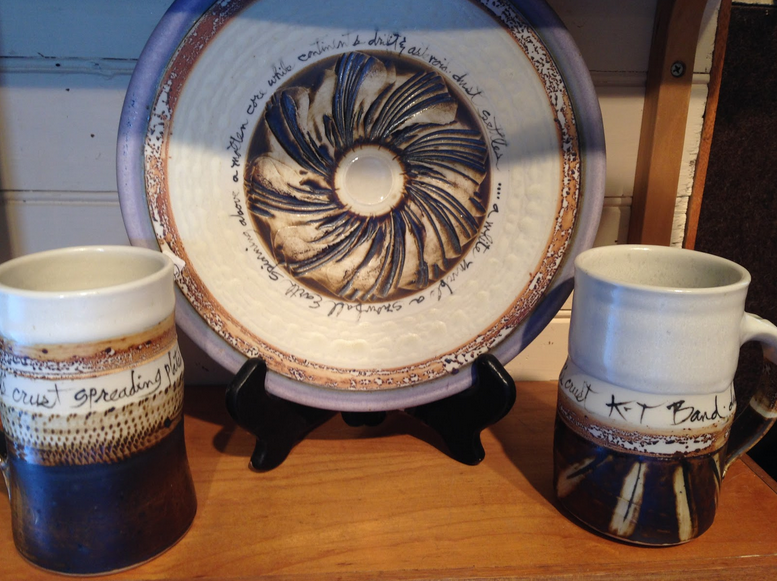 Joan’s work isn’t exactly cheap, though in other ways it’s priceless. It took me about a month to build up the nerve and income to drop $90 on a mug made with a bit of the Mid-Atlantic Ridge. The muds she uses are from all over, and unlike commercial glazes they are not chemically well-characterized. For muds with lots of heavy metals, like hydrothermal vents sediment, Joan only glazes the outside of cups. Other muds she’s less concerned about, though it’s something to keep in mind, especially if you intend to use it daily with hot or acidic liquids (like wine). Though my new mug is something I intend to treat with care, I also fully intend to use it.

I may never visit the Mid-Atlantic ridge, or see the Havre Seamount in real life, but like Joan and her green bowl, I now get to wonder at these mysteries a little bit every day. And that’s not a bad way to start the morning.

To check out more of Joan’s work, or snag one of these beautiful works for yourself, visit her website: