First, two key facts: 1) Whales and dolphins and all those sorts are called cetaceans. It’s the science word for whales and dolphins. 2) When there’s a statement on Wikipedia that doesn’t have a source, helpful Wikipedia elves put a tiny [citation needed] by the alleged ‘fact’ in ‘question’.

K. Now, let’s all take a moment to appreciate the wonderful person who populated Wikipedia’s “List of Cetaceans” article with these: 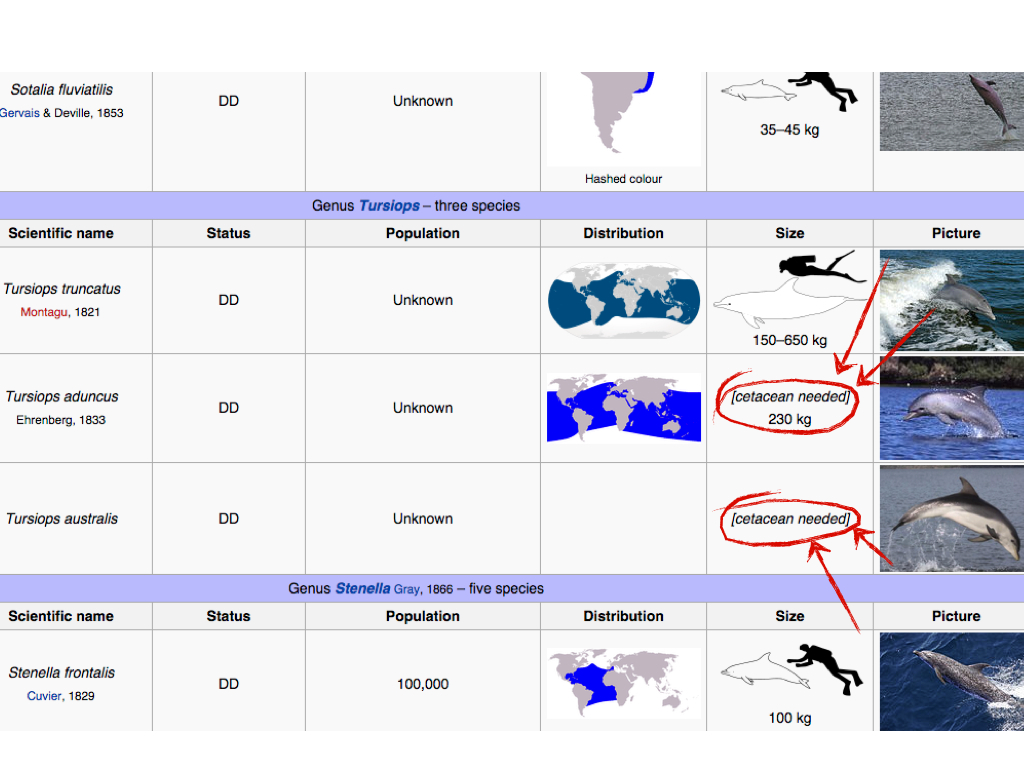 To anonymous editor on 19 December 2012: thank you. You made my Tuesday.