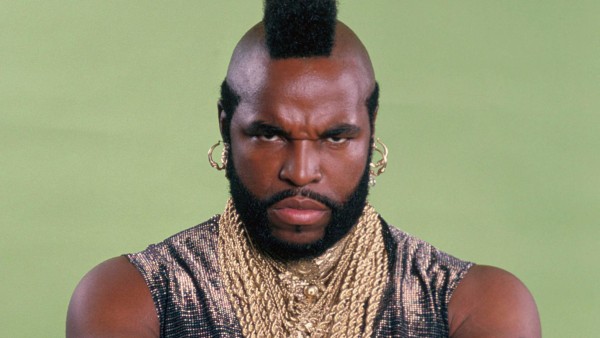 Mr. T made mohawks and fool pitying a life goal for many.   Another life goal for many, thanks to first name Mr, middle name period, last name T, was decorating themselves with enough gold chains to crash a third-world economy.   Although humans are the only species where decoration functions strongly in social interactions (see Beyonce), we are not the only species to decorate. Scientifically, any organism by means of an evolved behavior or anatomy that accumulates, retains, and attaches to its exterior any environmental material is a decorator.*

Mr. T is just a single adorned man but nearly 75% of the 900 species of crab in the superfamily Majoidea decorate themselves. Any material, much to the pity of the gold clad Mr. T, can be attached including algae, sponges, corals, anemones, gravel, and small shells. Decorator crab have specialized hooked setae (stiff hair-like structures) that serve as velcro to adhere the material. The crab simply rubs the ornamentation on them until it attaches to the setae (see video directly below). Decorating is not just limited to Mr. T and crabs. My favorite snail, the carrier snail, glues sponges and other snails to its own shell.   Antarctic sea urchins decorate with hydroids. An Antarctic amphipod carries a snail. Hermit crabs will encourage anemones to grow on their shells and even transfer anemones to new shells (see video at bottom of this post).

So if decoration is not to attract mates or increase rank in a social hierarchy, what’s the point? To prevent becoming the meal of another animal. Mr. T pities the prey that doesn’t decorate. Several studies have found that experimentally altering or removing decoration increased vulnerability to predators. The most obvious reason is that the decoration serves as camouflage. Where this might be the case in some instances, decoration may serve other important roles. Decoration often involves using organisms, like anemones, that confer chemical defenses to the decorated. The added structures of decorating may also prevent predators from manipulating, grabbing, and ultimately consuming prey. In sea urchins, decoration may not be about predation at all but about preventing a sunburn; exposure to ultraviolet light also increased decoration. Interestingly, crabs show less decoration with increasing size. Presumably, the bigger the crab the less likely they will be a meal for another anima and thus less need for decoration.

The mass of gold that adorned Mr. T was once valued at $300,000. Decorating in marine organisms also comes with a cost. The added weight of decoration costs an organisms energy. Locomotion is more calorically expensive for shell-carrying hermit crabs. Decoration in spider crabs increased weight-loss during starvation.

* It’s important to distinguish decoration from a tool. “Material used for decoration is attached to the organism, whereas tools are generally held or gripped using muscle power. Tools are generally held for shorter periods of time, whereas decoration is a longer-term process. A tool also is a single discrete entity whose orientation is vital to its functioning; whereas decoration generally involves the accumulation of numerous materials whose orientation with respect to each other is not vital to functioning.” Ruxton and Stevens (2015)