In case it ever comes up in a Jeopardy Daily Double question, the fossil record does not contain many hermit crab fossils.  That’s right, those cute little beasties, so abundant you can buy them in magnitudes at your local pet store, are rarely found as fossils.  It’s not that hermit crabs haven’t been around long enough.  Fossil hermit crabs date back at least to the Early Jurassic 200 million years ago.  That’s plenty of time for hermit crab of finding itself in the right, or wrong if you are the hermit crab, situation to be fossilized. 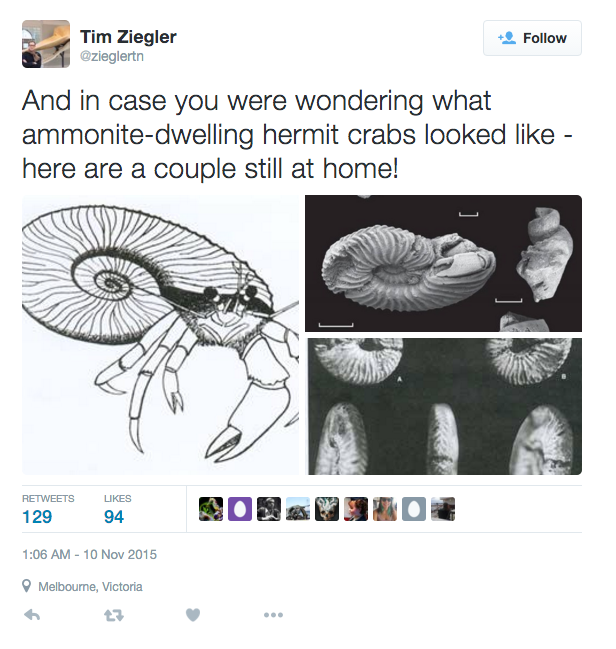 Despite the relative paucity of fossilized hermit crabs, the known fossils are amazing.  Tim Ziegler on Twitter brought to my attention to the most amazing of them all, fossil hermit crabs in ammonoid shells.  To recap, ammonoids are an extinct group of cephalopods.  Ammonoids are unique in having full exoskeletal spiraled shells, as opposed to squids and octopuses.  However, despite having an external shell like modern Nautiluses, they are evolutionarily more related to the squids and octopuses. 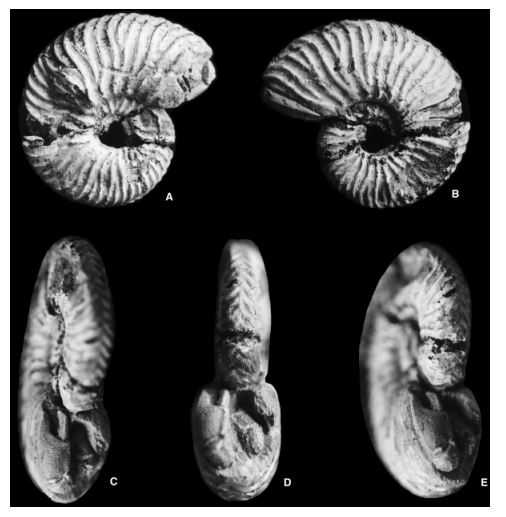 From Fraaije et al. 2003. In D you can see the fossilized claw sticking out of the shell. 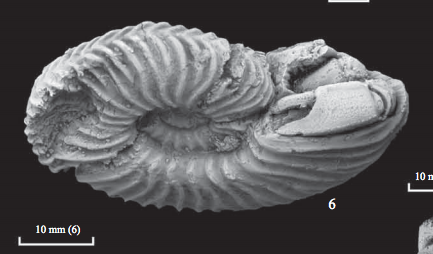 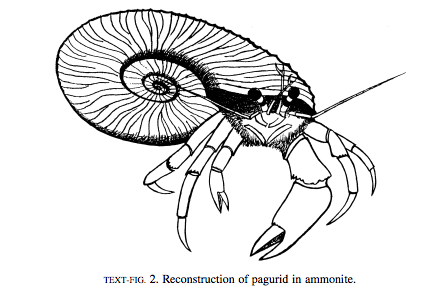 This illustration too cute for a scientific publication. From Fraaije 2003