Video of a very large squid swimming near a dock made the rounds last week across many social media streams.  The squid is actually an Architeuthis, aka the Giant Squid.  The was confirmed by Dr. Mike Vecchione from the Smithsonian, one of the world’s leading experts on cephalopods, on Dr. Chris Mah’s, also of the Smithsonian, Facebook post of the video.  I’m just lucky to also be Dr. Mah’s Facebook friend.  There are many reasons to think this is specifically Architeuthis dux, foremost being that a recent study found little genetic evidence to justify more than one species. 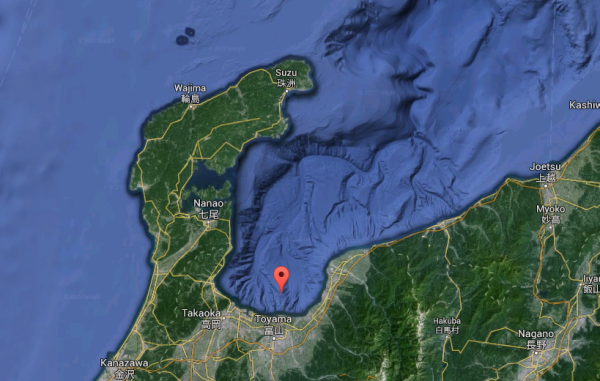 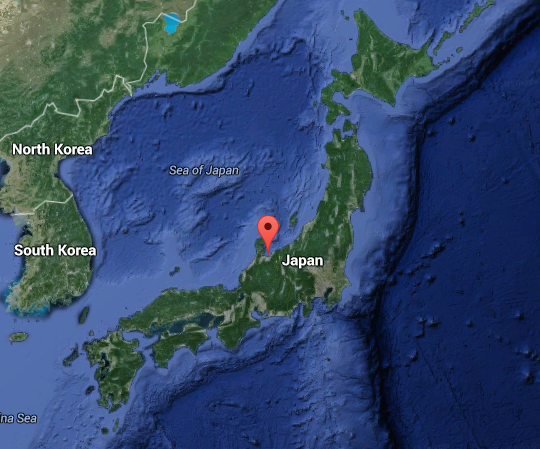 The individual was found in Japan’s Toyama Bay.  Interestingly, this is the sixteenth Giant Squid sighting in the last year in Toyoma Bay.  In some regards, this is not surprising.  Toyoma Bay serves as the head of a deep canyon axis. The Giant Squid is cosmopolitan in the world’s ocean but as Guerra et al. show the squid appears mostly in areas with submarine canyons that cut across the continental shelf. These canyons provide areas of high productivity including fishing grounds humans and squids alike often exploit.

Why the recent increase in sightings in Toyama Bay?  Seeing a Giant Squid in shallow water undoubtedly indicates the individual is sick or injured.  The Giant Squid’s blood is poor at oxygen transfer making them particularly vulnerable to lowered oxygen, warming, and acidification.  Heat speeds an animal’s metabolism.  Because of their energy requirements and oxygen needs, Giant squid must stick to cooler waters.  Indeed, it is hypothesized their global distribution in the oceans is limited by warm temperature barriers.  Guerra et al. also demonstrate that strandings of Giant Squid in Newfoundland were always associated with rises in ocean bottom temperature.

Nonetheless, the video of the squid, only the third, is the best quality and detail yet of a living Giant Squid.  The individual is probably still young, measuring 3.7 metres (about 12 feet) long, is small.  Most of known individuals of Giant Squids measure well above this.  Indeed, 50% of measured Giant Squids are above 7.5 meters in length, nearly double of the Toyoma Bay individual.

One Reply to “New Video of Giant Squid Surfaces”