This guest post is from Dr. Diva Amon (on Twitter @DivaAmon). Dr. Amon is marine biologist specialising in deep-sea biology, working on a range of environments, from abyssal plains to chemosynthetic habitats. Dr. Amon is currently based at the University of Hawaii at Manoa as a post-doctoral fellow but was born and raised in Trinidad and Tobago. She completed my Ph.D at the University of Southampton and the Natural History Museum, London, U.K. in 2013.

I am on a ship 950 miles away from the nearest landmass. Here, in the middle of the equatorial Pacific Ocean, our team sends a remotely-operated vehicle 2.5 miles down to the flat abyssal plain. As deep-sea biologists, we get to see some pretty AH-MAZING sights and this time is no exception: an anemone-like animal with 8-foot tentacles that billow across the seafloor. This creature, Relicanthus sp., is so different from other anemones it was recently moved to a new order.

As incredible as seeing this tentacled beast was, I couldn’t help but feel a tinge of sadness. It’s difficult for a marine biologist working in an area that may be forever changed within the next two decades. As the demand for metals increases, humans are seeking resources in ever more remote places and the next frontier of mining will likely take place in the deep ocean. 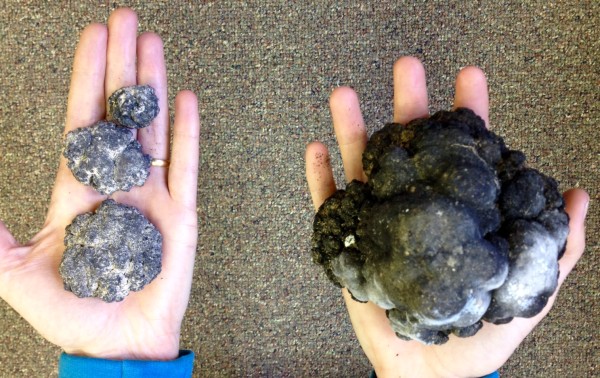 So what are countries after 3 miles deep in the central Pacific Ocean? Potato-sized lumps of metallic ore laden with cobalt, copper, nickel and other rare metals known as polymetallic nodules. The Clarion-Clipperton Zone has the most valuable beds of these nodules that sit like cobbles on a street and form at a rate of a few millimeters per million years. As the Clarion-Clipperton Zone is in international waters, it falls under the mandate of the International Seabed Authority (ISA). So far, there have been 15 mining exploration areas allocated, each up to 75,000 km2 or roughly the size of Panama. 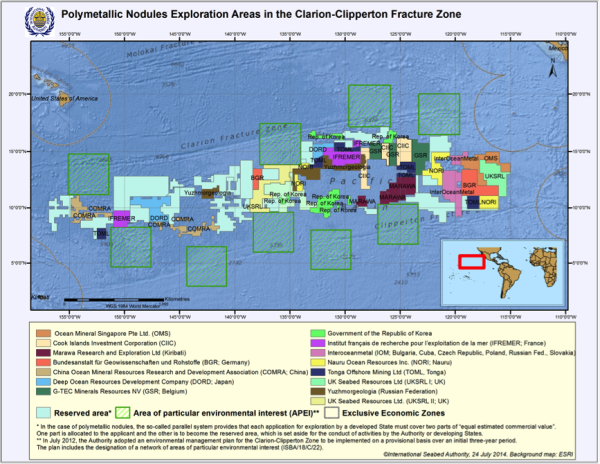 Exploration claim areas in the Clarion-Clipperton Zone. Downloaded from the ISA website.

Let’s be honest, nodule mining is going to do some damage. Nodules will be removed resulting in local extinctions of the many animals (corals, sponges, bryozoans, polychaetes, nematodes etc.) that call these nodules home and leaving no possibility for their re-establishment in the future. Machines, similar to combine harvesters, will disturb and compact large swathes of sediment, kicking up sediment plumes, which will travel for kilometers before depositing elsewhere. Further entombment of the seafloor will occur when tailings are discharged into the water column. Not to mention other possible impacts that include light and noise pollution from machinery, and major changes to the geochemistry of the sediment, food webs and carbon sequestration pathways. The cumulative impacts of these operations aren’t yet understood but will likely be long-standing and ocean-wide. 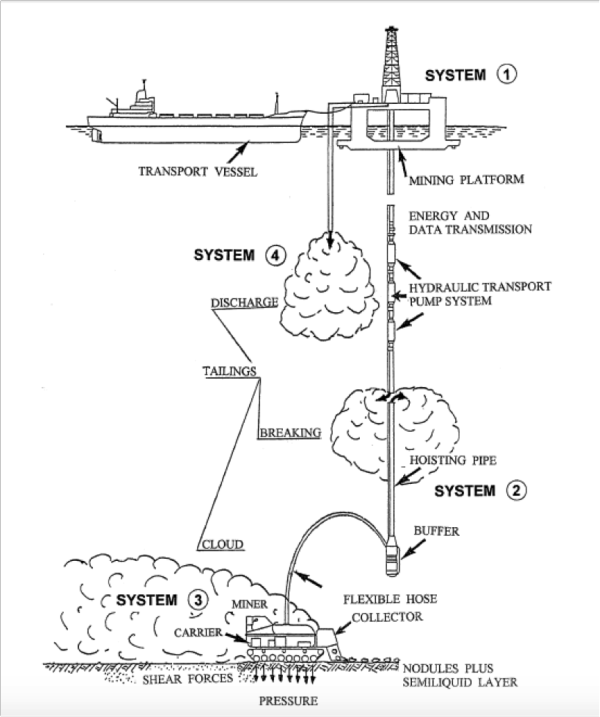 Despite this looming threat, the Clarion-Clipperton Zone is critically underexplored. We know little of what species live there. It is mandatory that contractors undertake baseline studies of the biology living at the seafloor before EIAs and mining can begin. The ABYSSLINE Project, which I work on, is doing just that in the easternmost claim area leased to UK Seabed Resources Ltd (UKSRL). My research is trying to find out what megafauna (the awesome charismatic animals over 2 cm in size) live in the UKSRL claim, how abundant and diverse they are, and what ranges they occupy, not only within the claim but also across the entire Clarion-Clipperton Zone. Over the last two years, ABYSSLINE scientists have spent over two months out in the middle of the Pacific Ocean sampling the seafloor with a menagerie of oceanographic equipment (plankton pumps, fish traps, a remotely-operated vehicle, an autonomous underwater vehicles, sleds, corers etc.). 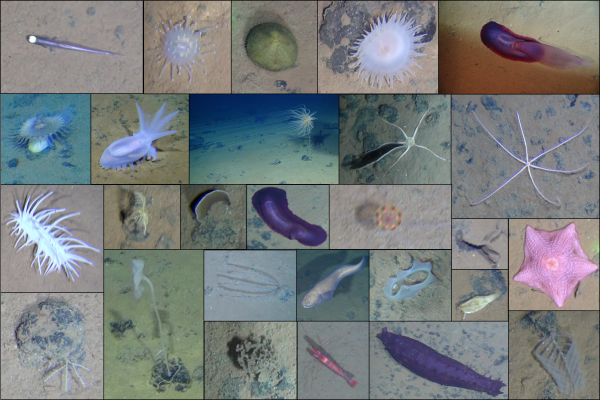 Some of the rare and unique megafauna that call the Clarion-Clipperton Zone home. Image credit: Diva Amon and Craig Smith, University of Hawaii at Manoa. Collage created by Amanda Ziegler.

Preliminary results show that the UKSRL claim area is rich not only in metals but also in life. The seabed, at a first glance, appeared to not have much living there. Taking a closer look, we realized that there were small animals everywhere: tiny white corals, pink and purple sea cucumbers, bright red shrimp and strange unicellular animals that create sedimented homes the size of your fist. On our first expedition, we sampled an area the size of Hong Kong (30 x 30 km) and found 170 tentative species of megafauna and that’s likely an underestimate! These levels of biodiversity are the highest in the Clarion-Clipperton Zone and are comparable to many other abyssal regions worldwide. We also collected 12 megafauna species and half of those were new to science, including some of the most commonly seen, reiterating how little we know of the abyssal life in this region.

3 Replies to “Megafauna and Minerals on the Pacific Abyss”