The beloved animated series, SpongeBob SquarePants, is the wonderful creation of animator Stephen Hillenburg. What you may not know is that Hillenburg is a marine biologist, graduating with a bachelor’s degree from Humboldt State University in 1984, majoring in marine resource planning and interpretation. After graduating from college, Hillenburg taught marine biology at the Ocean Institute in Dana Point for three years, from 1984 to 1987. During this time he created a precursor to SpongeBob SquarePants called The Intertidal Zone that was used at the institute to teach visiting students about animals in tide pools. The comic starred various anthropomorphic sea life, many of which evolved into SpongeBob characters.

As much as we love SpongeBob at DSN, we—in a special committee formed to evaluate timely and societally important issues—have decided real sponges are much cooler. 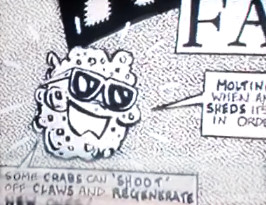 Sponges detest right angles. You know this already but let’s dive into the shape of sponges a little more. Hillenburg originally drew SpongeBob, then called Bob the Sponge, as a little more accurate amorphous blob. Sponge shapes do vary quite a bit but don’t include perfect right-angled boxes. One of the major differences is the presence of large internal chamber, called the spongocoel, and the degree of invagination or folding. In some cases, like the carnivorous Cladorhizids, the shapes become truly elegant. SpongeBob would be more biologically accurate if his name was SpongeBob VaseBottom. 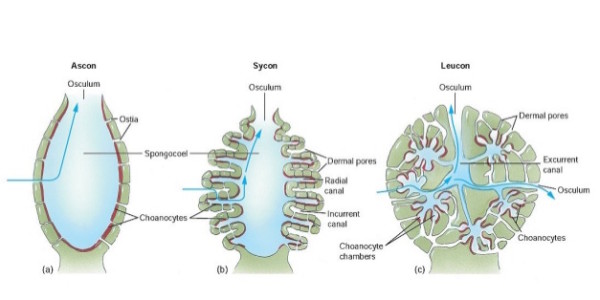 Sponges do not eat from a smorgasbord that includes bon-bons, bran flakes, cheeseburgers, or Rusty on Rye. The list of real and imaginary items that SpongeBob eats reaches the absurd. Real sponge diets are more mundane. Most sponges are filter-feeders eating bits of detritus…well..filtered out of the water. However, the deep-sea Cladorhizidae contain a unique type of spicule, the silica rods that serve as the scaffolding of sponges. The unique spicule of Cladorhizids is hooked that occur across the surface of the sponge like velcro. These can snag crustaceans that land or swim near the sponge.   Once a crustacean is caught the sponge cells mobilize and digest the helpless victim. Imagine a mosquito lands on your arm to feed. The mosquito is caught in your long arm hairs. The insect is trapped unable to fly away. Within in short order, your epidermal cells mobilize growing a thin layer of skin over the mosquito. These cells slowly digest the mosquito providing you the nutrition to repeat the process again with the next unlucky flying insect. 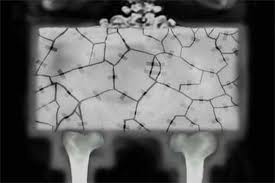 Sponges only come in the boneless variety. From the SpongeBob Wiki, “SpongeBob is usually shown to be boneless (sea sponges being invertebrates), however in some episodes such as “I Had an Accident,” bones are shown on his X-rays. He also had bones when he ripped his skin off in “Atlantis SquarePantis,” and “The Splinter.”” While real sponges do not have bones, they still have structure thanks to either silica or calcium carbonate skeletons, providing some real shape to an otherwise basically shapeless body. “Gary, I’m absorbing his blows like I’m made of some sort of spongy material”– Spongebob 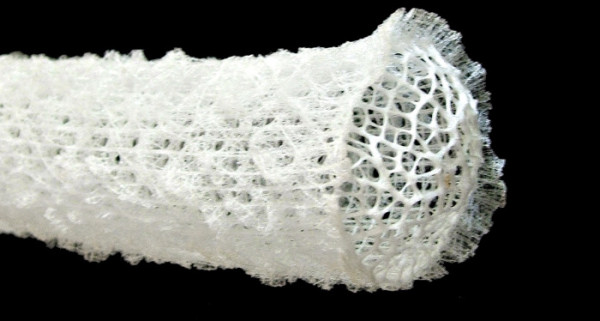 Sponges cannot carry a tune. From the SpongeBob Wiki, “SpongeBob is shown to possess a fantastic singing voice. He uses his nose as a flute, which he is very good. He was also the lead singer in “Band Geeks.” Later he uses his nose flute in “Best Day Ever” to drive away the Nematodes from the Krusty Krab.”” Real sponges communicate through chemical communication. A sponge can emit chemicals into the water that can be picked up by other sponges as they filter the water. 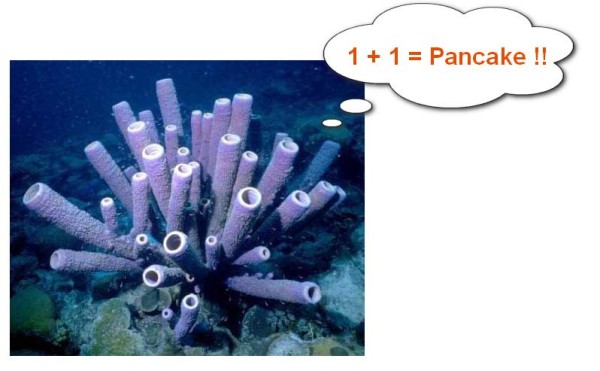 Sponges will not be winning Jeopardy. ”Can you give SpongeBob his brain back, I had to borrow it for the week”-Patrick. Unlike SpongeBob, real sponges lack brains and a nervous system. However, researchers from the University of California at Santa Barbara found that one species of sea sponge, called Amphimedon queenslandica, synthesizes many of the proteins that are essential for the cell-to-cell communication that takes place within nervous systems.

Sponge will never vote aye. Half of SpongeBob’s face is eyeballs. “Put those eyeballs back in your head, son!” –Policefish. Real sponges do not have eyes but sponge larvae are able to differentiate between different intensities of light, an ability that helps them find optimal locations to settle. Rings of light-sensitive cells contain special proteins, cryptochrome. However, these “eyespots” evolved independently of eyes and eyespots in other animals that use the protein opsin. This means the larval sponge “eyespots” evolved independently. 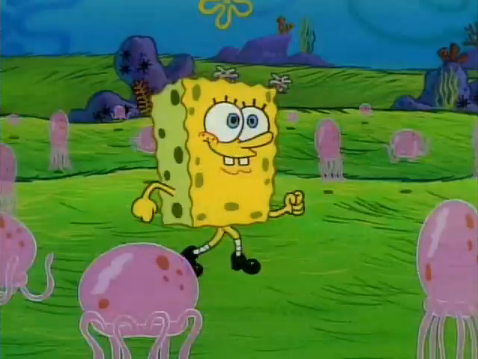 Real sponges are fulltime nudists. From the SpongeBob wiki, “Sometimes, SpongeBob is a nudist. In which he has a tendency to take off his clothes whenever he wants to. He was shown naked in “Ripped Pants,” “Nature Pants,” “The Paper,” “Hooky,” “Pranks a Lot,” “All That Glitters,” “Rise and Shine,” “Overbooked,” and “Model Sponge.”” Real sponges in nature are nudist all the time. Sediment and slime in the water can choke a sponge preventing it from filtering food and oxygen from the water. The sponge parts that are covered with sediment can quickly die. 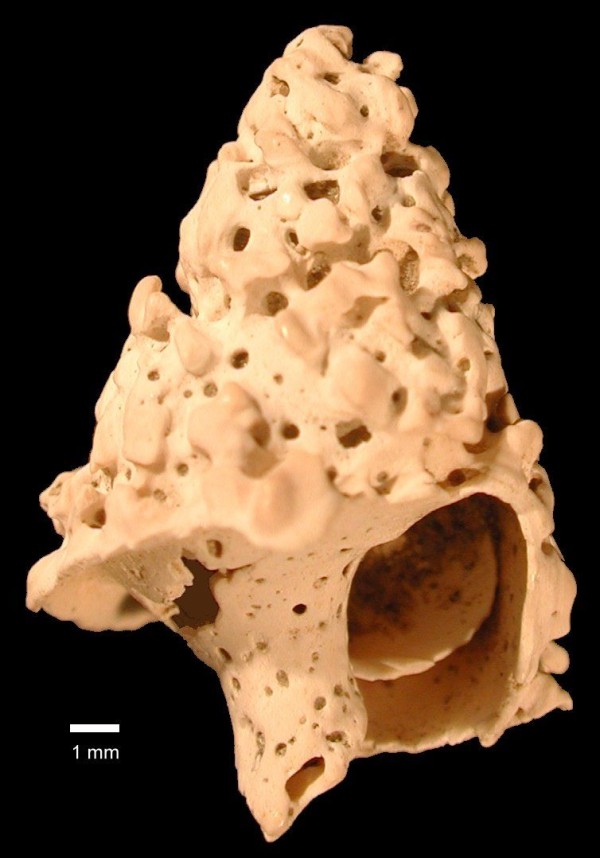 Real sponges do not keep snails as pet 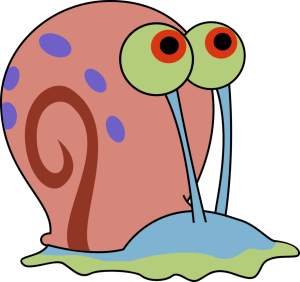 s. Instead they parasitize them. SpongeBob has a pet snail, Gerald Wilson Jr. In real life, the boring sponges. A sponge larva will settle on a snail shell. As the sponge grows it chips off pieces of the shell and released into the water. As this continues, the sponge will form tunnels throughout the shell which eventually weakening the shell and killing the snail.

One Reply to “The real-life cousins of SpongeBob”