Yes, according to a recent study by Lancaster and colleagues.  Many marine mammals are precocial in that the young are relatively mature and mobile from the moment of birth. Juvenile dolphins for example are independently swim, surface to breathe, and maintain contact with mother on their own.  But how developed is the hearing of a juvenile dolphin?  Are their tiny, little ears fully formed?  Alright so maybe they do not have ears per se just ear openings but you get the drift. 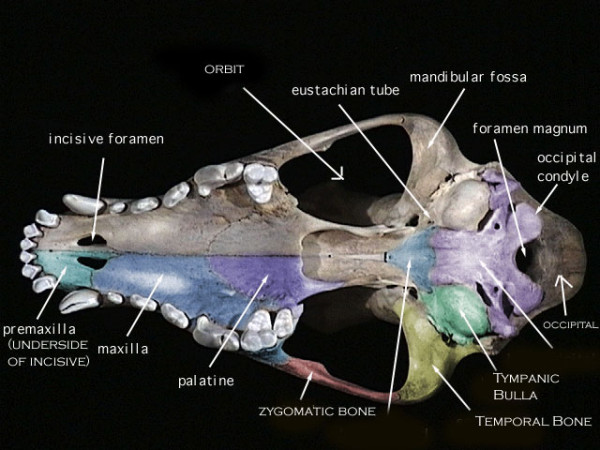 Inside a vertebrate skulls, including the dolphin, is an area referred to as the tympanic or auditory bullae.  These hollow, spherical, bony structures are on the bottom, back portion of the skull and enclose parts of the middle and inner ear.  Lancaster and colleagues found in two species of dolphins, the Common Bottlenose and the La Plata, the tympanic bulla is same size in adults and juveniles, despite the smaller skulls and bodies of the young.  Why would juveniles have adult-sized “ears”?

The size, shape, and material of a structure determine its resonance frequency, i.e. the detectable auditory frequencies.  If dolphins vocalize at a certain frequency then the size of the tympanic bulla needs to match this—even in juveniles.  If young had a smaller ears the parents may just sound like Charlie Brown parents. As the authors state, “The fact that the overall structure of
this [auditory] architecture has remained relatively constant throughout the last 45 million
years of cetacean evolution indicates that it was an early and essential adaptation for
underwater sound reception and hearing.”

One Reply to “Do baby dolphins hear their parents?”