First, let’s give a shoutout to these two dudes who found a washed up mooring and, like adults, gave it back to MBARI.

Now I give the eye of disdain to another two fisherman, who found a detached piece of an mooring and have decided to hold it for ransom. It’s not unusual that oceanographic moorings break free and sometimes float to the surface. It’s also not unusual that fisherman sometimes scoop them up. I’ve had that happen twice and both times they were nice and cooperative we got the instruments back. But this is absolutely ridiculous.

Here’s the timeline of events:

January 15th: There was a strong bottom current event during an underwater storm that caused the mooring to detach from its anchor and float to the surface. Other floats also detached during this event which MBARI also chased after and found. These mooring were actually designed to capture and measure these types of underwater storms, which are more like crazy sediment landslide, and they are actually notoriously awesome at ripping moorings from the seafloor.

January 17th:  The broken bit of mooring phoned home and told researchers at USGS it was in Moss Landing. 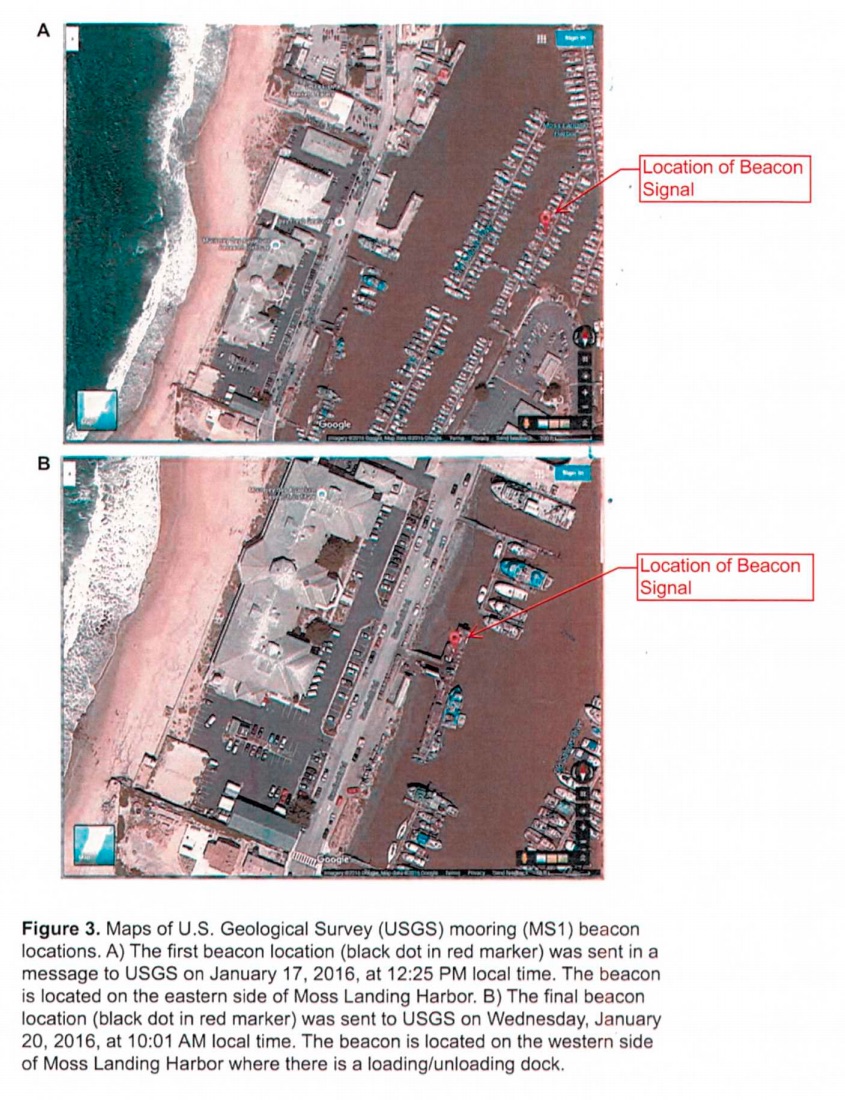 January 19th: Fisherman tells USGS he has the mooring and demands money for it. They say no. They tell him they want it back. 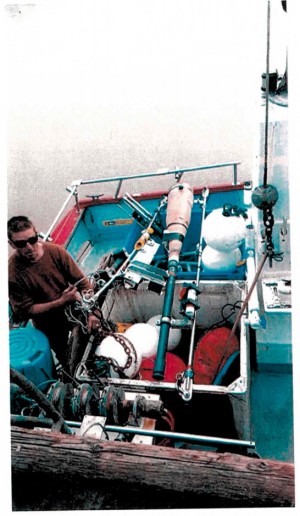 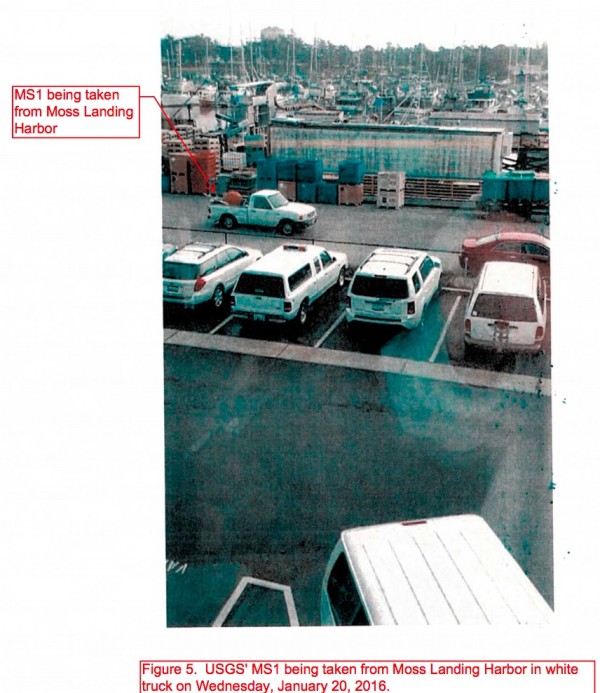 And here we are at the current legal scuffle. USGS wants its mooring back and one of the fisherman has his father, an attorney, arguing that the fisherman are now “OWNERS” of the mooring and will “SELL” it back to USGS (their capitalization, not mine).

If you lose something in the ocean, it doesn’t stay yours forever.

I’m just going to file this under arcane misinterpretation of salvaging laws by a lawyer out of his element. It had a homing beacon on it. It was SUPPOSED TO BE FOUND. That’s how they found it on the dock. And it had a tag indicating it was owned by USGS with a phone number because you know, they wanted it back.

Two words: GHOST NETS. Seriously, if that fisherman wants to be compensated for losing money and time for getting his propeller entangled in a rogue floating piece of rope, then all fishers better pony up and make a fund to reimburse all the other boat owners that have been entangled in discarded fishing nets. I absolutely agree it sucks, but one mooring is literally a drop in the bucket of ALL THE CRAP we throw into the ocean. And this thing was actually designed to be retrieved unlike the majority of other marine debris!

YOU GUYS. I’ve always wanted an ocean rollerskate. If that’s the way current salvaging laws work I’m totes headed down to the marina to sit on your boat, claim it as my own and sell it on ebay. But for reals, the mooring was not abandoned so these guys can’t just lay claim to it.

Let’s just summarize by saying that the arguments for keeping the buoy are at boorish and incorrect. Coincidentally or not, it sounds like this fisherman has fired his lawyer dad. What I am really hoping is that these dudes just give the mooring back. I feel for you, propeller entanglements are the worst, but holding public property hostage is just not the way to go.

Fisherman who has kept USGS buoy for 10 weeks: All I want is compensation