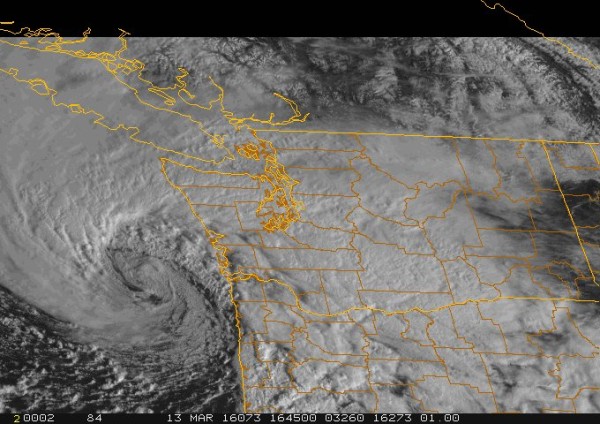 Check out @NWSSeattle image of windstorm! We’re monitoring the situation and will have highway updates here. pic.twitter.com/WEvmMInlKs

We had a pretty spectacular windstorm here in Seattle yesterday, with winds up to 56 mph. Word to the wise, when attempting kite flying between downpours, go to a park not the sidewalk by your house (sorry neighbor kid I almost decapitated). But before wreaking airborne havoc on my ‘hood, I got to catch a glimpse of the awesome wave action that was caused by this storm. In case you didn’t know, Seattle is a city that is surrounded by water: Puget Sound to the west and Lake Washington to the east. And I crossed Lake Washington’s I-90 floating bridge right at the peak of the storm! Overtopping waves closed down the eastbound span, but even on the less side my car STILL got splashed with water. Unfortunately I was not able to take a video (I was driving and I’m not reckless all the time), but thankfully lots of other people did.

EVERYONE I DROVE OVER THIS BRIDGE!

Check out waves crashing against I-90 floating bridge on Lk WA. Eastbound I-90 mainline shut down due to highwinds pic.twitter.com/uW7VEd46s6

And then they closed it. 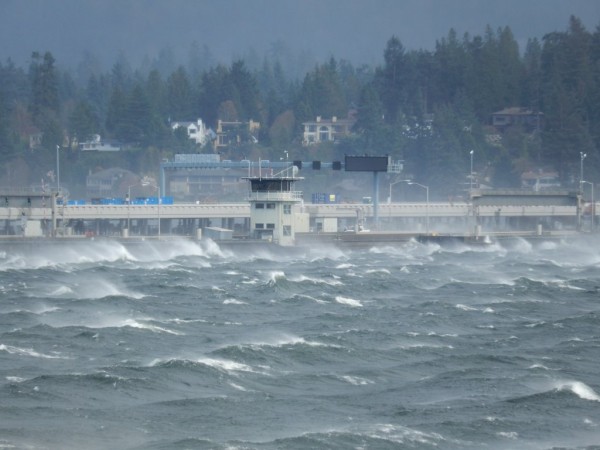 Picture of the tower on the 520/Evergreen Pt. bridge earlier this afternoon. #wawx pic.twitter.com/nPwU5DvJ0n

Just going to pan over to the Hood Canal Bridge for some constructive interference of waves hitting and reflecting off the pontoons.

Even tiny Greenlake had whitecaps.

I'm out and about in Seattle checking on windstorm. Some whitecaps and spray at Green Lake https://t.co/Bms5bCISYe pic.twitter.com/IkTSRByF0J

You know, maybe I shouldn’t always want to get the first spot on the ferry from the San Juans. Wait for it….

But in the end, Mother Nature reminds us why we love it here :) 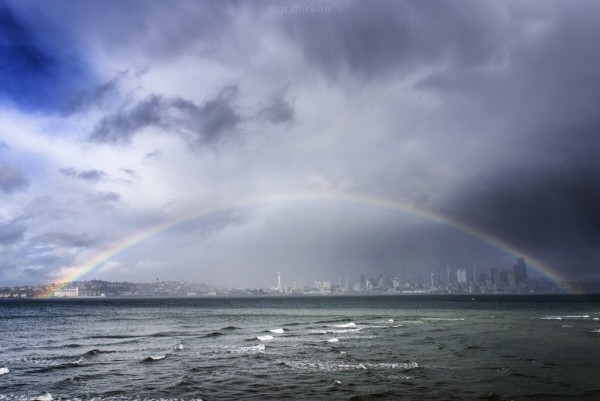 Today's stormy skies and a moment of Zen here in the Emerald City pic.twitter.com/1bGyYncel8