Craig likes snails, I like craig and I love bad photoshop. Which means it is completely fitting that I’ve cut, copied and pasted snails onto his head in this loving graphical tribute to Dr. M.

Anyone who knows Craig knows is a die-hard ally. He’s a kind, thoughtful, encouraging and inspiring mentor. Mess with his anyone in his Deep Sea crew, he is there. Trolls, science arch nemeses, the unusually grumpy, he’s got your back. But Craig’s no fool and always brings the appropriate gear: Crysomallon squamiferum. Because no one is gonna mess with a giant man and his Samurai Scaly Foot Snail Hat. NO ONE. 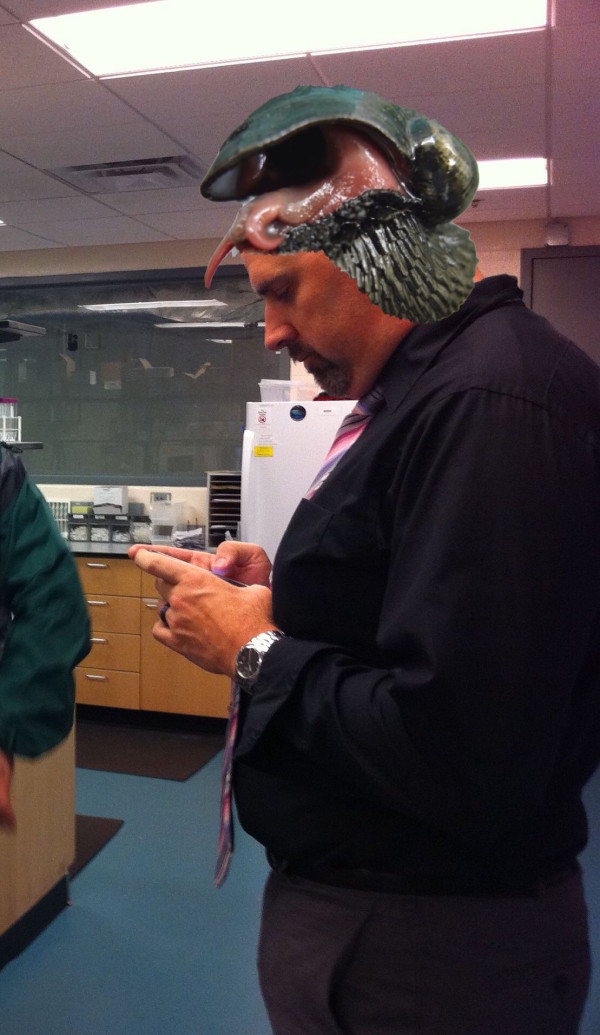 As already noted by Holly, Craig is pretty snazzy dresser. But what would make this man even more suave? Wearing a $20,000 Cypraea (Zoila) mariella, Mariella’s Cowry, jauntily on his head with a matching lapel pin. Take that Madeline Albright’s brooches. 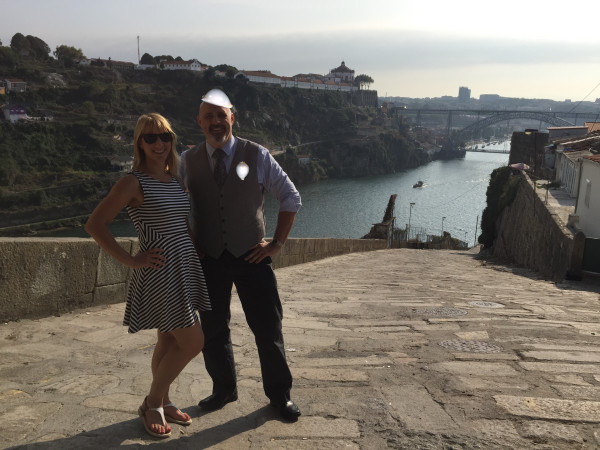 Let’s just ignore the fact that he’s actually holding a bivalve here and wearing a brachiopod. But isn’t it uncanny how Craig’s head is the exact shape of the brachiopod? The man’s even got a shell shaped brain casing! Small wonder he’s got shell on the brain. 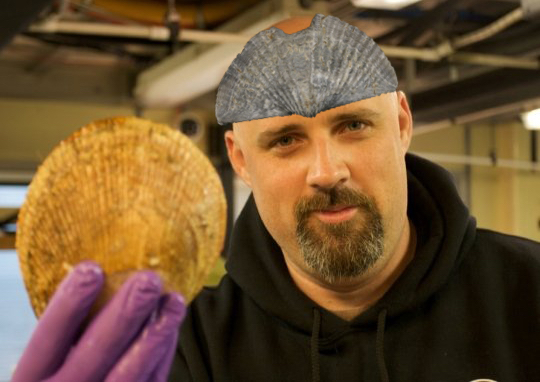 When Craig sciences, he sciences hard. Whether it be sizing ocean giants, exploring energy pathways in the ocean or excavating wood falls, his science is always innovative, fun and interesting. It’s hard work, so here’s a hairy vent snail, Alviniconcha hessleri, to keep that noggin full of amazing ideas warm. 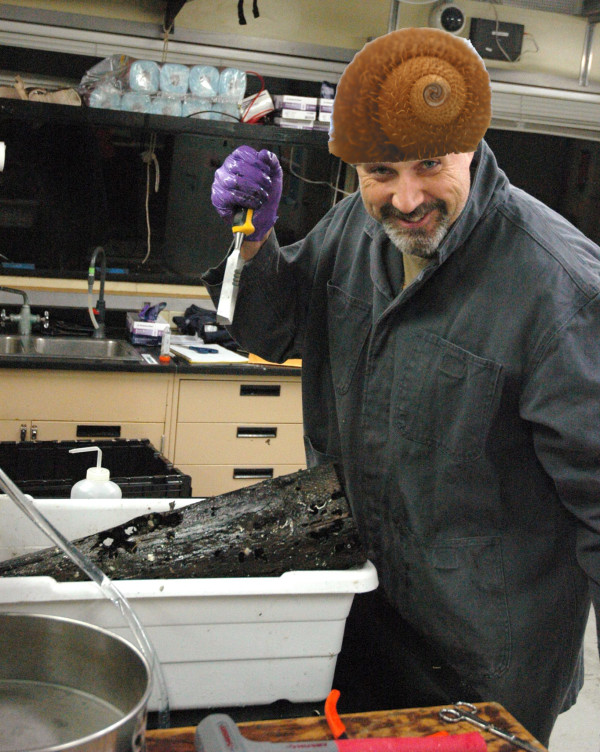 Craig McClain by land, Cone Snail McClain by Sea. He uses state-of-the-art mind control science communication techniques to share awesome science, make you laugh, and make this ROV collect samples for him. Well maybe not the last one, but it would be cool if he did. 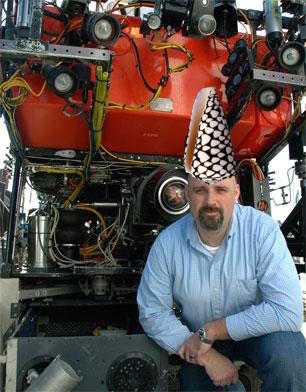 And last but not least, in solidarity with one of his favorite denizens of the deep, the carrier snail, we bling his head with shells from his own wood fall experiment. Because he should. 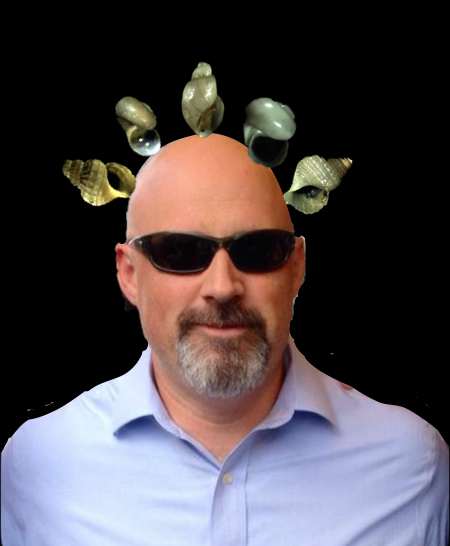