Judging from the number of emails Miriam and I received from reporters today, the general public wants to hear what we have to say about the project a lot more than the Ocean Cleanup does. But with the new media blitz that is going on, I admit I checked out the prototype that the Ocean Cleanup just deployed in the North Sea. I have to say that I am glad they are testing a smaller prototype before deploying the largest structure in the ocean, but I also have a lot of questions. At the risk of being called some kind of ocean-progress luddite for the umpteenth time on the internet, I am going ask them here. Hell, I might even put on my ocean-old-lady cranky pants and ask them in ALL CAPS. BECAUSE I CAN. But seriously, projects can only get better and succeed if they answer criticism so I hope the Ocean Cleanup can answer them!

Why are they using RO-BOOM oil booms?

Andrew Thaler over at Southern Fried Science pointed this out. RO-BOOMS are commercially available oil containment spill booms that have been around at least since 1988. I would assume that something is known about their durability?

Excuse my language, BUT WHY THE F** ARE THEY BLACK?

You just spent all this money to add a custom paint job to a floating advertisement potential maritime hazard and it’s one of the least visible colors at sea. I CAN’T EVEN.

Where are the booms?

There’s gotta be a notice to mariner’s out there somewhere. In case you don’t know what this is, it’s a public announcement that you have to put out when ever you deploy anything at sea. So people don’t run over it or anything cause it’s camouflaged.

Are these the booms the 1 km deployment planned for Japan will use?

ARE THEY? I NEEDS TO KNOW. They look a lot different from the booms that were tested at the Marin Facility. 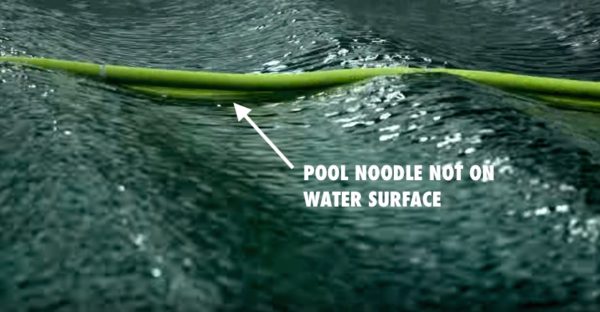 which also seems to be different than what was tested at the Deltares facility. 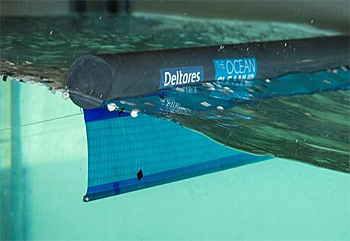 No seriously, there seems to have been a lot of effort to test the structural stability, but no testing whether they actually collect plastic and debris. I would have liked to see them drag the barrier around a bit just to see before deploying a big and expensive mooring if it is indeed the one they are going to use. As the Feasibility study indicated, sometimes the barriers can’t collect plastic so it would be useful to know when this is.

How did they get funding EUR 0.5 Million from the Dutch Government?

Is there a public proposal? It would be great to see, especially since this is now a publicly funded project and it would be great resource for reporters interested in the project (instead of them asking Miriam and I to constantly peer review it…grumble grumble).

That’s all I got for now. Any more questions you can ask Andrew Thaler at Southern Fried Science who also has questions.