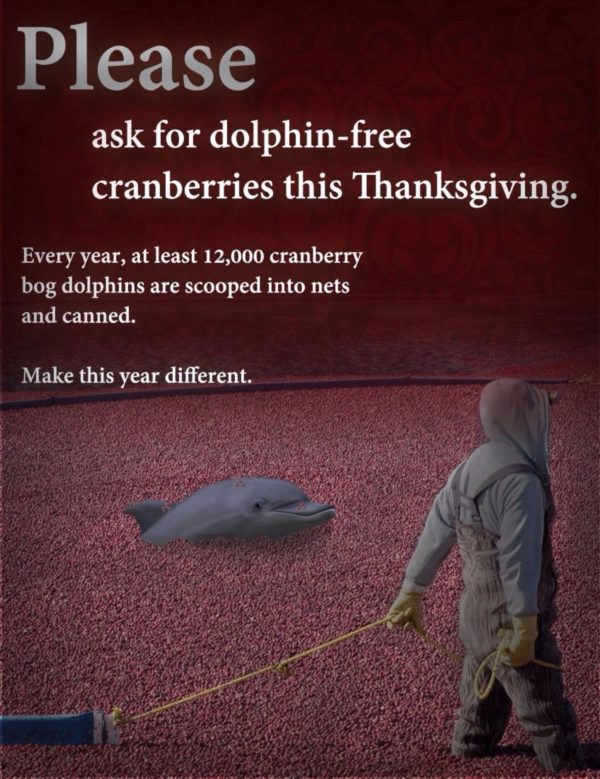 We at DSN are not typically fans of the dolphins but we’re no monsters.  I love cranberry sauce out of the can but I do want my Thanksgiving dinner shrouded in depth.  Well except the turkey.  Okay I’m a hypocrite but dolphins are the line.  That is why this Thanksgiving I am pledging my support not to eat any cranberry sauce that is not dolphin free.

The photos seems to have first surfaced on a Reddit group called /r/funny, where members routinely swap amusing photos, real and photoshopped.  This particular photo, which appears to have been photoshopped, was briefly lent credence by a hoax Wikipedia page (“Cranberry Bog Dolphins,” which was almost immediately taken down)

Yes there is no such thing as cranberry bog dolphins.