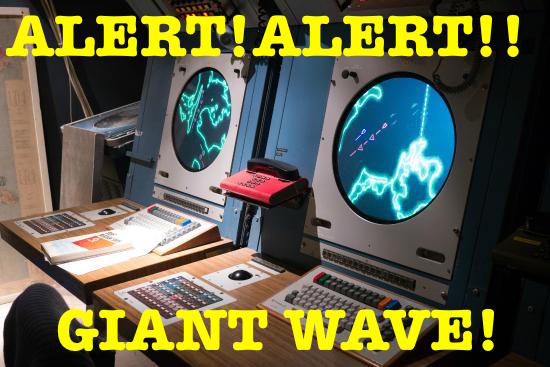 I imagine somewhere there is a cold-war era control room in a deep bunker where an alarm bell starts ringing every time a giant ocean wave is detected. When the  World Meteorological Association announced there was a new record holder for the World’s biggest significant wave height recorded by a buoy, I immediately scrambled for more info! A lone buoy deployed by the UK Met office measured beastly 19.2 meter (62.3 feet) waves in the North Atlantic between the UK And Iceland. In case you were wondering, if this wave guest starred in the “Day After Tomorrow” it would look like this: 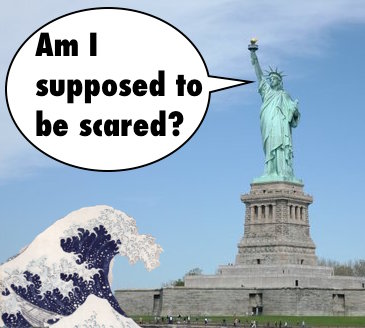 But if you were in a 20 m fishing boat and the wave was breaking it would look a little more like this: 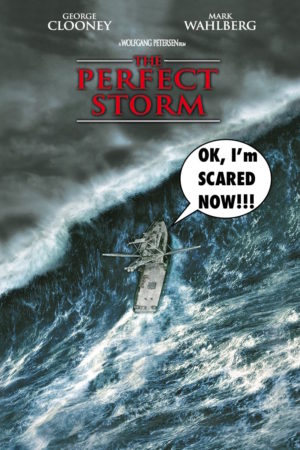 In some ways, this giant wave was created by the perfect storm. A cold front passing through the North Atlantic created strong winds over 40 km/hr. In the open ocean, these winds can blow over a long distance uninterrupted. The longer the fetch length, the bigger the wave. All these features combined to make a mondo wave set.

But is it the biggest wave? Depends on what kind of wave you are talking about. On the surface of the ocean? NOPE. That was a 29 meter wave recorded by a ship in 2002. Swell breaking on shore? NOPE. Breaking waves over 30 meters (100 ft) have been seen AND surfed in Nazaré, Portugal. And lest not forget my Ph.D. pretties, internal waves? NOPE AGAIN. These waves that occur in the deep sea can easily be over 200 m tall! While this isn’t the biggest wave, it is still record breaking and impressive. I’m just glad I’m not that flailing buoy that measured it!