This past week, a US Naval drone was seized by a Chinese ship in international waters in the South China Sea. When I hear the word drone, I imagine a flying contraption that someone with a shotgun took down because they thought it was spying on their house. This is not that kind of drone.

The drone they are talking about here is the underwater version, otherwise known as a glider. Gliders are vehicles that carry a suite of oceanographic sensors that measure ocean properties. This could include a CTD to estimate physical properties such as temperature, salinity, depth and sound speed or oxygen, chlorophyll fluorescence and backscatter sensors to measure biological properties. Oceanographers love these things because they are autonomous, meaning they can drive themselves with only a little help from humans on shore (although they sometimes do need to wake up at ungodly hours to help redirect them). Plus, they are much cheaper than using a ship.

From the vague and conflicting description on news reports, I haven’t been able to figure out exactly what kind of “ocean glider” was seized by the Chinese. It is either this Seaglider 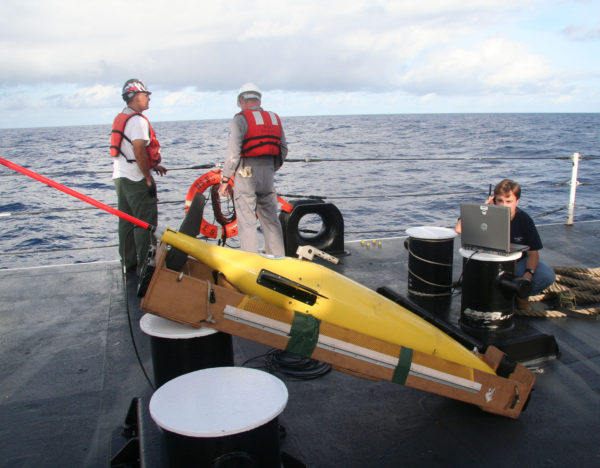 or this Slocum Glider: 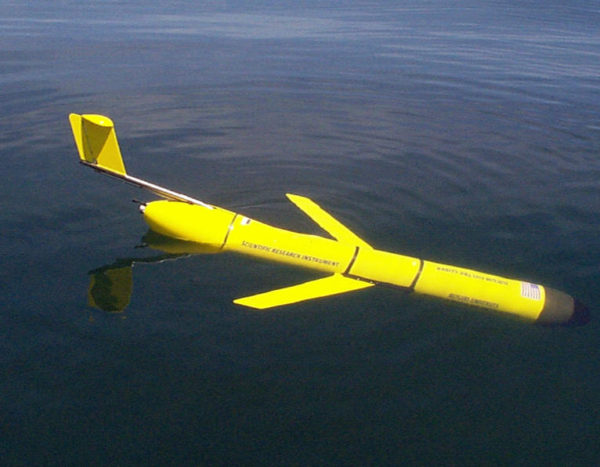 Operationally, both of these gliders work pretty much the same. They are buoyancy-driven, which means they have a bladder that fills up with either oil or seawater allowing it to sink or float. The wings force the glider forward as it is diving and dive pitch and speed is adjusted by internally shifiting weight inside the body (usually the heavy battery pack). The Seaglider also uses changes in the location of the battery pack to roll itself and steer, while the Slocum Glider steers with an adorable little rudder. What differs is the range and the scientific payloads these gliders can carry. Generally Seagliders go deeper but carry less stuff, while Slocum’s cruise the shallow seas and can be more heavily loaded.

It’s pretty well known that the US has economic and security interests in the region around the South China Sea where the drone was seized. These ocean gliders have been used here before, the Office of Naval Research regularly supports oceanographic research in the region. The question to ask is not why the glider was taken, as it was unclassified and a small asset, rather why was it taken now? As of the writing of this article, the answer to this question is still unclear. However, the US and China have struck a deal and apparently the US is getting its glider back unharmed, which is good news for once ocean robot who took an unexpected detour.