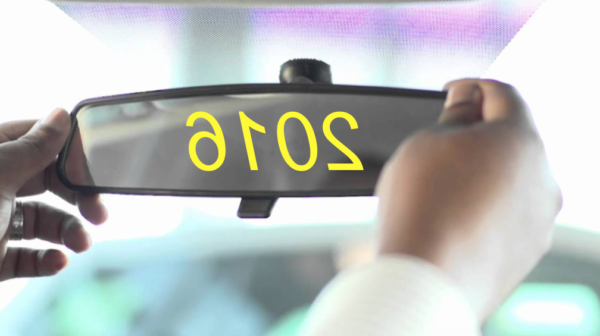 In between shirking my gym commitment and shopping for rolled-oats for some apple crisp, I found time to document my own idiosyncratic look-back on 2016. This being me, I’m choosing to focus on those stories or events that I think we MISSED, didn’t get enough attention, or perhaps slid under our collective radar over the past year. This isn’t a “Top 10” list, and not all of my picks make rosy news, even though I realize that we’re all supposed to be #hopey, #changey, and #oceanoptimismy. But a retrospective that doesn’t consider all the news, warts and all, is cherry picking IMHO. So, let’s get started…

Scientists and conservationists gathered in Honolulu, HI, this past summer for the Olympics of biodiversity conservation, the International Union for the Conservation of Nature (IUCN) World Conservation Congress. Somewhat buried amidst ten days of meetings, PR stunts, junkets, and IUCN member voting was a decision by IUCN members to support Motion 53 that commits members to increase the portion of the ocean that is highly protected to at least 30 percent (we’re at just over 3% globally right now). The Government of Palau, and NGOs from Hawaii and New Zealand were some of the strongest supporters for this motion. Norway, Japan, and France led opposition. Scientific evidence supports protecting at least 30 percent of the ocean through highly protected marine reserves as an essential strategy to meeting a broad range of environmental and management goals.  Now comes the hard part… turning the commitment into reality.

Rhode Island Senator Sheldon Whitehouse
Rhode Island has a near and dear place in my heart. First, for it’s damn delicious Greek pizza (No seriously, if you’re ever in Bristol, RI, pop in to the Bristol House of Pizza for a slice… you won’t regret it!). But a close second is because the Ocean State is home to Senator Sheldon Whitehouse, a member of the Senate Environment and Public Works Committee and a Co-Chair of the Senate Climate Action Task Force, and the most consistent, informed, and under-reported elected voice on the national and global threats due to inaction around climate change. In 2016, Sen Whitehouse wrote his 150th “Time to Wake Up” climate speech that was read on the Senate floor. He also authored an open letter to PEOTUS Donald Trump calling for strong climate action. It seems fitting that the Ocean State should be leading the call on impacts to the ocean due to a rapidly changing climate.  The next four years portend a lot of defense will be needed just to hold the ground on the science of climate change.  Senator Whitehouse is well-positioned to lead that charge.

The Great Barrier Reef is Dead 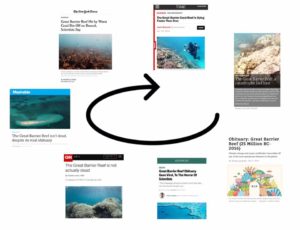 On October 11, 2016, the Great Barrier Reef was pronounced dead. Sure, it was satire. But that didn’t stop the coral science community from going apeshit and spending several weeks afterwards in their own Monty Python-esque spiral to proclaim, “Wait… It’s not dead! Yet!”   Only to be followed by more news pieces, quoting the same scientists who railed against the obituary, and featuring ledes like, “Great Barrier Reef hit by worst coral die-off,” or, “Great Barrier Reef is dying faster than ever.” Our campaign to confuse the public about the Great Barrier Reef and coral health has been a smashing success.

WESPAC: Your Tax Dollars Undoing Ocean Conservation
You probably haven’t heard of the Western Pacific Regional Fisheries Management Council (or WESPAC) before, and their executive director Kitty Simonds is happy to keep it that way. Ms Simonds and her WESPAC operatives are behind every effort to oppose or squash ocean conservation measures across the Pacific basin. They see marine protected areas as the bane of commercial fishermen, disregarding decades of results and data that prove exactly the opposite. WESPAC however is VERY well funded. By you, in fact. That’s because WESPAC receives tax-payer funding as established by Congress in 1976 through the Magnuson-Stevens Fishery Conservation and Management Act. Perhaps you think it’s inappropriate for Kitty Simonds in her official capacity as executive director of WESPAC – a taxpayer, federally funded entity – to play such a prominent role in aggressive lobbying efforts to generate public and political opposition to measures that insure sustainable fishing into the future? In 2016, the Conservation Council of Hawaii thought something smelled fishy about WESPAC’s MO. Perhaps 2017 may be bring some closer scrutiny.

Slave Labor on Your Plates
How do you like your Hawaiian seafood served? With human slavery or without? In 2016, the Associated Press broke the story of how hundreds of undocumented foreign fishermen are employed in a Hawaii-based U.S. commercial fishing fleet, and are confined to American boats for years at a time due to a federal loophole that allows them to work but exempts them from most basic labor protections. Many come from impoverished Southeast Asian and Pacific nations to take the dangerous jobs, which can pay as little as 70 cents an hour. An AP reporter found that, “With no legal standing on U.S. soil, the men are at the mercy of their American captains on American-flagged, American-owned vessels, catching prized swordfish and ahi tuna. Since they don’t have visas, they are not allowed to set foot on shore. The entire system, which contradicts other state and federal laws, operates with the blessing of high-ranking U.S. lawmakers and officials.” Surely WESPAC, the taxpayer-funded regional fisheries management body based in Hawaii, would step in to right such a heinous human rights abuse as well as restore the image of Hawaii’s commercial fishing? “’Maybe there needs to be legislation. I mean, who’s going to take that on?” said WESPAC executive director Kitty Simonds. A task force was assembled in late 2016 and a revised contract drafted for Hawaii-based commercial fishing captains to use with foreign fishermen crew.   The contract however still lets owners set the minimum salary, allows workers to spend the entire year at sea (15 trips, 10 to 40 days each), and still requires workers to stay on board while the boat owner holds their identity and immigration documents. Cornell University Stephen Yale-Loehr said the new contract simply reinforces the current deplorable situation by emphasizing that the crew members have no real rights.

Sea Cucumbers Get No Respect 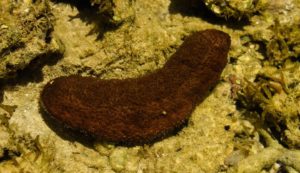 Sure, they look like giant turds (come on, Donkey Dung sea cucumber?). But sea cucumbers, the rubbery, elongated echinoderms found everywhere in the ocean from sandy nearshore to deepest, muddy abyss, are living filtration systems that sift sediments from the seafloor and recycle nutrients back into the food web. Recent research even suggests how sea cuke poop can help buffer seawater around coral reefs and stave off encroaching ocean acidification around reefs. Unfortunately for sea cucumbers, they are also considered a delicacy as “bêche-de-mer” or “trepang” in Asia. So, like so many ocean species, Hong Kong is where sea cucumbers go to die, and seafloor habitats around the world are being stripped of these important biofilters. But the rush for peak sea cucumber also carries a human cost. The profitability of sea cucumbers combined with increasing catch quotas and the depletion of the species in shallower waters has poorly or untrained divers in developing countries diving deeper and disregarding dive safety in order to maximize profit. The result is far too many deaths or paralysis from decompression sickness in sea cucumber fisheries. But while export bans to slow sea cucumber depletion are few and far between, countries like Fiji are trying to minimize the human costs of the commercial industry by banning the use of Scuba or other assisted underwater breathing apparatus in the harvest. Keep your eyes peeled for more sea cuke news, and hopefully sea cuke protections, in 2017.

One Reply to “A New Year, A Look Back”